How should Christians view Barack Obama's presidency, or any presidency for that matter?

And yet Obama, knowingly or out of ignorance caused terrible harm to its number one trading partner, i.e., Canada and its economy by stalling in his Keystone XL Pipeline decision stringing the former Canadian Prime Minister along for nearly a full year.

Those actions disabled the former PM's ability to implement an alternative economic survival plan in a timely fashion leading to the destruction of Stephen Harper's political career and extensive irreparable damage to the Canadian economy especially in western Canada's provinces where unemployment shifting from 3% up past 10%.

And don't forget that the AGW - man caused global warming premise serves to divide the Christian church down the middle leading most likely to a severe falling away within the next two years. IMHO

If this president was good at anything, it was to blame Congress for not passing legislation he wanted passed and vetoing legislation Congress did pass. In his final months, President Obama has resorted to simply ignoring Congress and "passing laws" by executive orders, even where he previously made clear he had no authority to do so. And indeed, the court has since confirmed his lack of authority in several instances.

While Bill Clinton emphasized working with Congress during his presidency, including both sides of the aisle, President Obama emphasized talking with no one (on either side of the aisle actually, even Democrats complained), playing little to no role in the formation of proposed legislation (with Obamacare being the one exception perhaps), never reaching across the aisle to Republicans (the Obamacare discussions were behind closed doors, sans both Republicans and the press, despite Obama's promises to broadcast those discussion on C-Span), and creating/exacerbating division (black/white, poor/rich, red/blue), despite his vaulted claim to yearn for an American that was "neither red nor blue." It turned out that his yearning was for an America that simply agreed with him about everything. Compromise was not one of this options, again as it was for Bill Clinton.

Aside from taking credit for signing legislation that Congress wrote and passed, President Obama also blamed Congress (Republicans especially of course) for whatever the President didn't do, whether by failure or intention. The greatest and most unforgivable example of that was Obama's declining to enact -- or even attempting to enact -- comprehensive immigration reform in his first two years when Democrats controlled both the Senate and the House, despite clear and repeated campaign promises to do exactly that within the first 90 days of his presidency. To repeat, President Obama declined to even submit proposed legislation, again despite promises made months earlier, and while he had the Democratically controlled Congress to pass it. Of course, when election times came around, Obama said it was the Republicans fault for the lack of comprehensive immigration reform, and that he needed to be re-elected to finally get it done. He was re-elected and again did not attempt to get it done. The only rational explanation for Obama's refusal to even attempt comprehensive immigration reform in his first two years of being president is that he perceived the need to keep it as a wedge issue for future elections. And indeed, that strategy work.

This president couldn't/wouldn't even submit a budget to Congress most of the time. Huh?

But he was very good at getting himself elected and re-elected -- and accumulating national debt.

This author's review of Barak Obama's president is far too gracious.

Interesting commentary on the current president with some ideas that I can agree with, but others I'll take exception to. For example, when you consider that this president was unwilling to work out a compromise with the Republicans in Congress regarding the Affordable Care Act, AKA Obamacare, and a lot of people considered that government overreach, then the result is the current reaction by the president-elect and the Republicans in Congress to repeal and replace Obamacare. In addition, the failure to leave a contingent of American troops in Iraq, as had been done in similar situations in Germany and South Korea, then we have seen the rise of ISIS and terrorism in many parts of the world. He was going to listen to his generals; indeed he did, but only those who agreed with his view, like general Allen who spoke at the Democratic National Convention. This is a dangerous world, and we need constant vigilance to protect ourselves and the innocent who are being subjected to the terror of despots and murderers. He has in many ways been a philosopher president and academic who wants to avoid seeing evil for what it is. So, how about the biblical mandate to "protect the least of these", in matters of foreign policy, as we have seen ISIS murder Christians and non-Christians alike?
There is some food for thought, as we wish each other Peace On Earth at this Christmas time.

In Reply to Ted Mejan (comment #29639)
----------------------------------------
The trouble with simply repealing the overreach is that entire sectors of the health insurance industry have been destroyed. You can't reinvent them overnight. While ordinarily the corrective for government overreach is repeal or revision, when the government nationalizes an industry, it takes time for the market to respond once that ends. In the meantime, many will go without adequate coverage. The prospect of that shortfall will prevent any serious reform to Obamacare. Not even Mr. Trump wants to upset that apple cart.

For those commenting on Obama's lack of co-operation with Congress, let's not forget that from the moment he was elected, most Republicans vowed to fight him and block every single initiative he tried to introduce to get the nation back from the brink of bankruptcy due to the Bush years. Many were openly declaring that they hoped he failed. No wonder after 8 years he gave up trying.

Except it wasn't after eight years. It was from the very beginning. President Obama behaved as a petulant monarch too delicate to deal with the great unwashed of both parties in Congress from day one. Obama care was among the very first things he did.

K M: Well said. This debate has been very one sided. But it's either one or the other. People praise Obama and put the opposition down, or they criticize Obama who was mean to their poor Republican party.
It's very hard to have a sensible debate when both Republicans and Democrats act like squabbling children in the schoolyard. Well, the rest of the world is much the same which is why we will probably never have a fair government that is in the best interest of all people; even the supporters spout the same bias their chosen media sources dish out.

The writer mentions how he commends the Obama efforts, as the Bible says, in protecting the "least of these" and yet, the Obama administration has continued to support the slaughter of untold numbers of human beings in the womb. How easy it is for the liberal ideology defending so many other social issues to infect even those who consider themselves in touch with the principles of God's word. How the writer ignores these people in mentioning the "least of these" is troubling. Who could be more "least" than the unborn?

In Reply to Robert W (comment #29663)
----------------------------------------
Robert, ones views on abortion is no way to run a country. The Republican Party jumped on the abortion band-wagon as a means to sway voters, and the religious right fell for it. We need to vote for politicians based on their political views, but too many people allow this Red Herring to influence their vote. If you don't like abortion, then just don't get a woman pregnant, simple as that. But, back to the topic of the conversation- Obama has done an outstanding job as president, despite constant opposition from Day One. He will be remembered as one of the Greatest Presidents in the History of the United States. Unfortunately, his successor will not be so luck, I'm afraid!

In Reply to Robert W (comment #29663)
----------------------------------------
Thanks for your comment. Abortions have actually gone down under the Obama administration. We can debate the reasons behind this including state regulations, birth control, etc. however, Obama cannot be blamed for increasing the number of abortions in the country.

In Reply to Doug Vande Griend (comment #29637)
----------------------------------------
Thanks for your comments. I question the veracity of the claims that Obama exacerbated the racial and class gap in this country. I also have a hard time believing that Obama did not try to work with an obstructionist Republican party. The legislative process to pass Obamacare is a great example of his efforts. If you recall, he originally promoted a public option, then ultimately adopted the Republican plan of the 1990's, the insurance mandate. Obamacare is the plan pushed by Bob Dole and instituted by Mitt Romney in Massachusetts. How much more conciliatory could he be?
In terms of race relations, he worked diligently to not take sides and to allay the racial fears of the dominant culture. In fact, in minority communities, he is heavily criticized for his lack of progress on many of their major issues. I am not sure what else he should have done in this area. 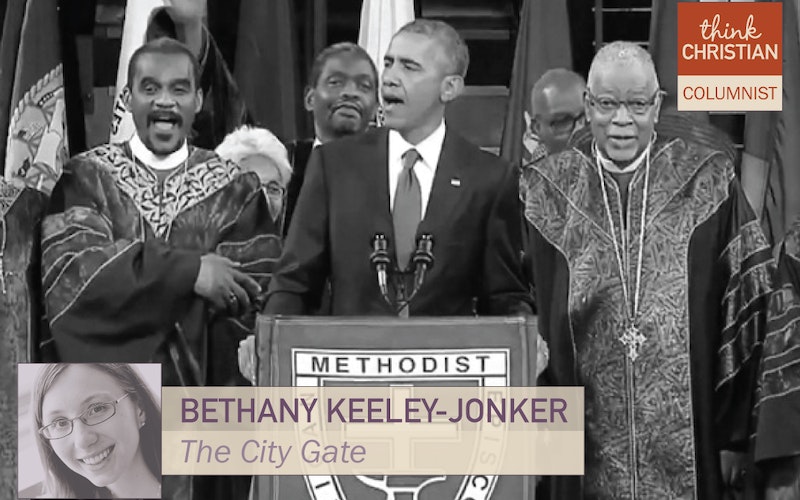 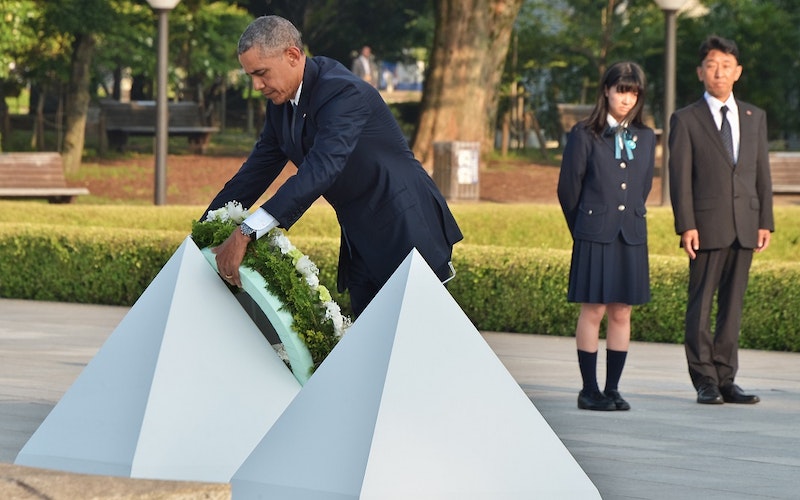