What is a young black man’s life worth in the United States of America? In 2012?

These are the questions that continue to haunt me as I lament the killing of Trayvon Martin. On Feb. 26, the 17-year-old was walking from a convenience store to the Sanford, Fla., home he was visiting when he met up with 28-year-old “neighborhood watch captain” George Zimmerman. According to media accounts and Sanford police officials, Zimmerman, who is Hispanic and white, admitted that he shot and killed Martin, who is black. The Sanford police made no arrests. They allowed Zimmerman to walk away following his claim of self defense.

In the weeks since the shooting, the resulting outcry over the unarmed teen’s death has moved from the blogosphere to social media to mainstream media and spilled into the streets of New York, Miami and a Thursday night rally in Sanford. It has taken nearly a month to reach critical mass. An attorney for Martin’s parents has asked that people gather March 26, on the one-month anniversary of the young man’s death, at the regularly scheduled Sanford City Commissioners meeting.

I can’t help but contrast young Martin’s killing with that of Emmett Till, an African-American teen from Chicago whose 1955 lynching arguably sparked the Civil Rights movement. Two men were arrested, tried and acquitted of murder charges in the case. What it revealed about America at the time was even more sinister. It brought to light the explosive racial tensions that permeated the South during the Jim Crow era - a time and place where the murders of African-Americans often went uninvestigated.

It also brought to light the seeming hypocrisy of evangelical Christian leaders who often failed to decry these killings, maintaining the status quo of a South where racialized violence often went unchallenged.

So far, the leading evangelical Christian leaders appear to be silent. And that silence is deafening.

So, I ask now, where are you, evangelical Christian leaders? What is your response to the killing of Trayvon Martin? Many, but not all, Civil Rights and church leaders in the African-American community have been outspoken in their calls for justice for Martin. But so far, the leading evangelical Christian leaders appear to be silent. And that silence is deafening. It’s not as if no one has asked. Rick Warren tweeted that he was in Rwanda and not following the news. At this point, he has yet to respond after being alerted by a tweet about the story. Other evangelical leaders, such as Joel Osteen and Franklin Graham, have also remained silent, at least publicly.

That’s in stark contrast to causes adopted by many evangelical congregations. Indeed, as Warren, pastor of Saddleback Church, is visiting Rwanda as part of the church’s ministry there, it seems that evangelical leaders choose not to minister to Trayvon Martin’s family or any family of a murdered African-American teen. It’s almost as if it’s easier and less complicated to aid blacks in Africa than it is to stand up for and seek justice for blacks in America. Or does this case reveal something else?

Kimberly Davis is working on her Ph.D. at the University of Maryland’s Philip Merrill College of Journalism, where she researches the intersection of religion, media and politics. Follow her on Twitter as @KDavis. / Photo of Trayvon Martin courtesy of Facebook. 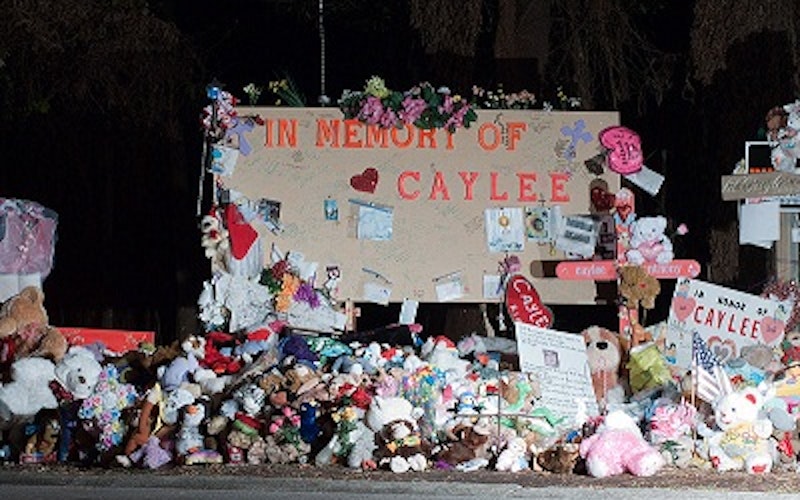 Justice for Caylee (and Casey) Anthony