For refined tastes, there’s Esmerelda and Quasimodo in Hugo’s The Hunchback of Notre Dame. For crude tastes, there’s Bar Rafaeli kissing a computer geek in a Super Bowl ad. But high-minded or low, few can resist the allure of the ridiculous meeting the sublime.

How else to explain the recent media frenzy over experiments showing that the lowly dung beetle scans the heavens to direct its dung-disposing doings? Yes, certain nocturnal species of dung beetle navigate using the Milky Way. They are galactically guided.

Dung beetles are a niche species; animal feces is their thing. Coming upon a dung pile, they carve out a choice portion, dance upon it to turn it into a ball and then, like Sisyphus laboring on the giant stone, roll it away. Since dung beetles are not above stealing another’s work product (“Hand over that magnificent orb of excrement!”), it behooves the honest beetle to roll its labors in as direct a line as possible away from the dung pile, thereby minimizing the time and distance before burial and subsequent mating success. (The female dung beetle lays her eggs on the dung balls, ensuring the larvae a ready food supply when they hatch.)

It’s the straight line that’s the puzzle. Just how do dung beetles manage a straight line while rolling a spheroid significantly larger than themselves? Inquiring minds want to know.

Well, it turns out that diurnal (daytime) beetles stay straight by reading the polarity of sunlight. Perhaps nocturnal beetles could do the same by the moon’s weaker light? Good hypothesis, except that nocturnal beetles navigate well even at new moon. The answer, it appears through experiments conducted in a planetarium, is that nocturnal dung beetles navigate by reference to the Milky Way. They are the first non-human animal known to do so.

See the dancing dung beetle and learn its lesson, moved by the twin poles of desire for dung and the stars.

The American theologian Jonathan Edwards kept a journal of observations from the natural world because, he believed, nature contains signs or types of spiritual things. Is there anything revealing about the odd coupling of the dung beetle and the Milky Way?

Well, I offer three possibilities which - to follow the theme - range from the ridiculous to the sublime.

Option No. 1: The Lexicographical Arrival of ‘Poo.’ A quick check of the Oxford English Dictionary shows no scatological definition for the word ‘poo.’ But can recognition be far away when this is the excremental descriptor of choice for multiple media outlets reporting this story? And when one of the lead scientists in the investigation describes starry-eyed dung beetles as trying to escape “…the bun fight at the poo pile?” Scientists. Such an elevated lot. I thought they took Latin to avoid such things.

Option No. 2: Lament for the Dung Beetle. A New Yorker article envisions the dung beetle’s behavior as environmental morality play. Not only are humans responsible for “smoke-smuggered” stars (kudos to Dr. Seuss for one of the best made-up words ever), but now we dim the survival of the dung beetle by light pollution. Not to make light of it, but there are much more compelling arguments for environmental savvy than preventing dung-beetle confusion.

Option No. 3: A Metaphor for Mystical Musings. Annie Dillard once remarked that “the creator will try anything once.” Perhaps. In all likelihood, we will discover other creatures who reference the Milky Way for directions. But will any provide a better metaphor for human existence than the image of a lowly beetle, consigned to labor on the dung heaps of history, rising to the occasion by dancing atop their dung balls while scanning the skies for intra-galactic light?

Marilynne Robinson wrote  that “…[w]herever you turn your eyes the world can shine like transfiguration. You don’t have to bring a thing to it except a little willingness to see.” See the dancing dung beetle and learn its lesson, moved by the twin poles of desire for dung and the stars. There’s a sermon illustration there. Although I, for one, would not use the word ‘poo.’ 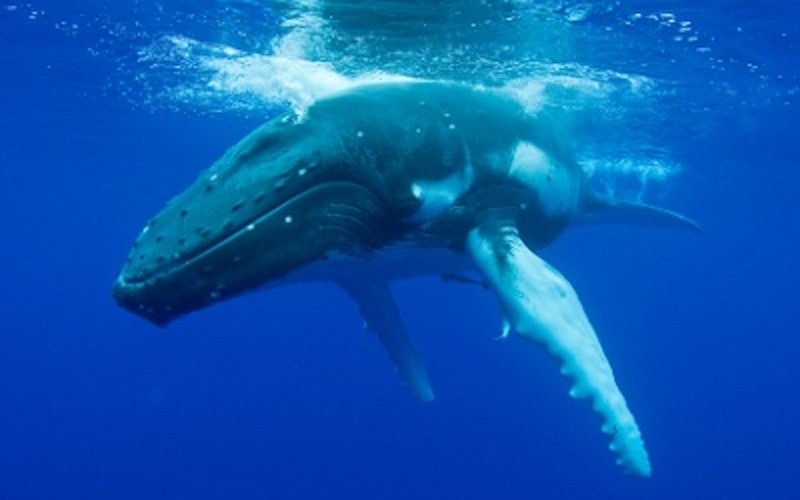 Seeing God’s wisdom in a new discovery about whales