Might Solomon offer a model for how to justly replace Antonin Scalia on the Supreme Court?

Dave, this is a very cogently written piece, and I agree wholeheartedly with your observation about how political "distance" is necessary for objective administration of justice. I also think you're right that "biased justice is, often, not that just."

I think one of the thorniest issues of our present Supreme Court, especially in the ideological climate of today, is the question of constitutional hermeneutics. That is, HOW should the US Constitution be interpreted--whether according to the Justice's own presuppositions, or according to the framers' original intentions (as determined by responsible exegesis of the text according to accepted historical-grammatical principles...same as we apply to the original texts of the Bible in an attempt to understand what the biblical authors' meant by what they wrote). I believe this is sometimes called the "originalist" hermeneutic in constitutional law, but I'm no legal scholar or anything.

My point is simply this: it doesn't matter which political party a particular Justice seems to side with; if they lack hermeneutical commitment to any objective standard besides their own, then ultimately there is no "just" interpretation of the document against whose principles current legislation is being compared. You can't rule on whether abortion, or same-sex marriage, or any of those other things are "constitutional" unless you're already agreed on the philosophical principle of how to interpret the Constitution. And, it seems to me, this is a problem that ultimately transcends even the problem of conservative/liberal party dynamics, because members of either party could, in theory, let their own presuppositions trump the authors' intentions in determining what is "constitutional."

Which, of course, means there's a certain unavoidable political circularity involved in constitutional law. It may not always be the Democrat vs Republican binary, but at some point I wonder whether it's truly possible for even the most objective Justice to truly come at his or her job from a position of absolute neutrality.

I would be interested to know where you find a requirement in the United States Constitution that the Senate provide a "fair hearing and timely vote" on any presidential nominee for any position, Supreme Court or otherwise. The wording in the Constitution states that the President "shall nominate, and by and with the Advice and Consent of the Senate, shall appoint Ambassadors, other public Ministers and Consuls, Judges of the supreme Court, and all other Officers of the United States, whose Appointments are not herein otherwise provided for, and which shall be established by Law." The President nominates, and the Senate advises and consents. The Senate's power of advice and consent is meant to be a real check and balance, an important feature (not a bug) of the Constitutional scheme to separate powers and require them to work together and not have one branch run over the others. So it is entirely appropriate (as our own Vice President Joe Biden argued when he was a Senator, and as our currently President Barack Obama doubtless would have when he, too, was a Senator) for the Senate, under the control of the other party, to put on the brakes in an election year.

In Reply to Chris Stovall (comment #27935)
----------------------------------------
Good clarification there, Chris. I (as TC's editor) should have removed the quotation marks around the phrase "fair hearing and timely vote" and simply linked to the word "Constitution." The larger question being raised here is whether or not Senators would indeed be upholding the Constitution by refusing to consider any nominee with 10 months still remaining in the current presidential term.

Appreciate the engagement and thoughts on the piece.

Chris, the quotes were originally in the piece referring to President Obama's previous quote urging the Senate to consider a nominee. Sorry for any confusion this may cause the reader.

First, Chris, a couple thoughts on your comment. You say it is "entirely appropriate...to put the brakes on in an election year." I would agree- as that may be interpreted as Senators representing their constituents better than not throwing on the brakes. And that may be what the Senate does after hearing a nominee from President Obama. However I do not believe it is "entirely appropriate" to impound the vehicle. I would suggest the great injustice rests NOT in the Senate's ability to vote against an individual put forth by President Obama but to prematurely declare "we will not consider any nominee". One, it's just bad politics - the Republicans will lose the Senate majority if they continue in this "blind" judgement. Second, it's not wise or characteristic of a mature, thoughtful representative. After all, how can you make judgement when you have no merit to judge on? This is why some Republican Senators have already broken apart from the majority and have stated they will at least hear a nominee.

I recognize Biden's previous plea to do just this. I agree it's hypocritical for the current administration to not mention it. However, just because a Democrat insisted on blind judgement in an election year doesn't mean it's right or prudent for a Republican to follow suite.

Thanks again for the read and note.

I would not argue that it would be beneficial or perhaps possible for a judge to remain "neutral" on all matters. For, to declare an overarching neutrality is to act without a guiding philosophy and as you say, how could anyone make a wise judgement without a foundation of beliefs? I'm very glad you made this point as the social pressure to remain "neutral" in all things is considerably flawed as we all make decisions based on some philosophical starting point.

Perhaps a distinction needs to be made between a bias that blinds the hearer to proper judgement (insofar as proper can be defined) and beliefs that bind the hearer to certain philosophical truths about the constitution and resulting interpretation.

Perhaps it also matters where the ultimate allegiance lies – is it to a political party and therefore subject to rash decisions like rejecting a candidate before knowing who the candidate is? Or is the allegiance (which can be interpreted as bias I suppose) to core doctrine outside of politics – say matters of life and what it means to be human and who God is?

Legal philosophy is a fascinating topic and I think we’ve only brushed the surface.

Thank you for your thoughts and for reading.

The people who wrote the Constitution used the best information that was available at that time. For example, at that time anyone with enough money could buy weapons that were equal to or superior to weapons owned by the military. Did they intend for any person to own a nuke or a cruise missile? 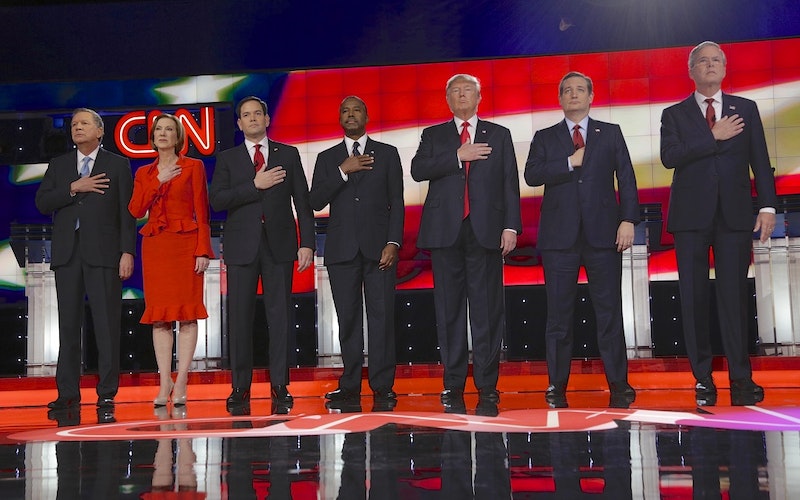 Who is Bernie Sanders?