According to Fortune, Facebook removed the photograph after a Norwegian newspaper editor posted it as part of a series of war-themed images. When the editor attempted to re-post the photo, his account was suspended, and an international furor followed. In response, a Facebook spokesperson explained, “While we recognize that this photo is iconic, it’s difficult to create a distinction between allowing a photograph of a nude child in one instance and not others.”

I don’t fault Facebook for erring on the side of caution in any case involving nudity, especially child nudity. And the company quickly reversed its decision and issued an apology. Still, the fact remains: not all nudity is created equal.

Robert Graves’ 1957 poem, “The Naked and the Nude,” makes this point quite memorably. The poem states that “naked” and “nude” are not synonyms, but “stand as wide apart / As love from lies, or truth from art.” Nakedness before a lover or doctor, the poem says, is honest. On the other hand...

The nude are bold, the nude are sly
To hold each treasonable eye.
While draping by a showman's trick
Their dishabille in rhetoric,
They grin a mock-religious grin
Of scorn at those of naked skin.

In other words, nudity—unlike innocent nakedness—is artful, manipulative, deceptive even. It is, the poem says, a form of “rhetoric,” designed to convince, persuade, or seduce. In fact, the history of the word nude shows it began being used by artists as a euphemism for the word naked as early as the 1600s, and such usage became common in the 19th century. A lot of nudity—from that depicted by the ancient Greeks, to 19th-century French painters, to far too many films today—gets excused in the name of art.

But as Graves’ poem suggests, the tragic joke is on us. The boldness of the nude tricks us so completely that we turn our “mock-religious grin of scorn” on the utter and complete innocence of a terrified child running for her life. (By the way, that girl, Kim Phuc, became a Christian a few years later and speaks now on the healing she found in Christ.)

We must, of course, be vigilant against the exploitation of children and the de-sacralization of sexuality. Yet, our mere humanity depends upon the humility that comes with innocent forms of nakedness: our births, our baths, our beds, and our deaths. The naked are vulnerable, the nude powerful. The wise know the difference. 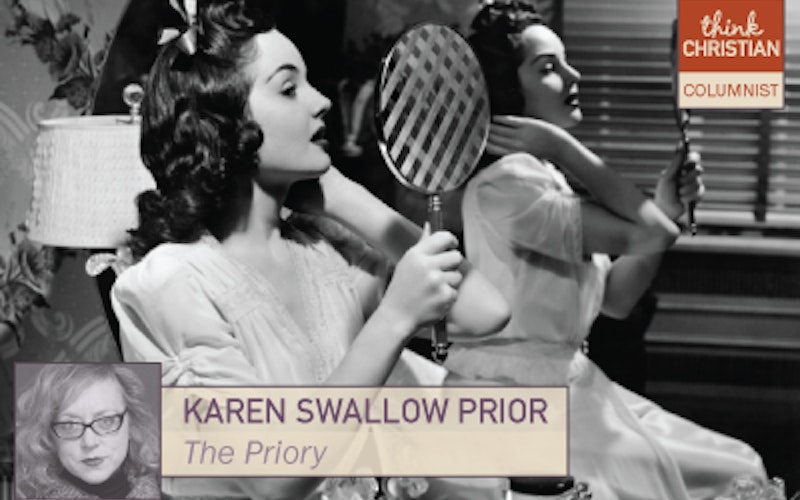