Someone told me about a new version of the Bible they’re reading. It’s called God Is Disappointed in You and is written by Mark Russell (with drawings by Shannon Wheeler). I cynically downloaded it to my Kindle, prepared for the worst, only to find myself laughing hysterically 10 minutes later during Russell’s abridgment of Genesis. This is a genuinely entertaining - and surprisingly non-malicious - survey of the Biblical text, and I’m thoroughly enjoying it.

It would be supremely generous, of course, to call this a “version” of the Bible. It privileges entertainment over information, dwelling far more heavily on the difficult and embarrassing aspects of the text than on its grander themes. It’s also grossly unbalanced: Russell’s “reductions” of short narratives like Jonah and Ruth are almost as lengthy as the actual Biblical material, while his treatments of far denser works like Job and Leviticus are barely three or four pages long. Russell’s “God” comes across more like one of the petty deities of Greek and Roman mythology than the magisterial “I AM” of the Scriptures, and his explanatory remarks better represent mainstream liberal Protestantism than evangelical Christianity.

Nevertheless, it’s hard to fault this book’s candor. Some of the funniest sections come from those challenging passages routinely passed over in the lectionary. (When was the last time you heard someone read Ezekiel 23:19-20 or Deuteronomy 25:11-12 in church?) If that’s all Russell’s paraphrase was - a chain of minimally representative, highly controversial, seemingly laughable passages - then I would have much less charitable things to say about it. It would reveal an author whose purpose was to undermine the relevance of the Bible as well as the legitimacy of Biblical Christianity. But Russell’s work doesn’t do that. It’s more like poignant satire, poking fun while making some profound observations. Regarding God’s special relationship to Israel, for instance, Russell says, “Like most marriages, it was a non-sexual affair, but unlike most marriages, it was anything but snoozy and passionless.” Later, in the same vein, God confesses to Solomon, “I don’t know what I’d do if the Jews ever stopped loving me.” Behind such words, I hear the voice of an author mysteriously captivated by the very God he lampoons.

I like to imagine the conversations Russell’s book might catalyze, particularly between evangelicals and those nonbelievers who would happily embrace Biblical Christianity if only it was based on a seemingly less bizarre set of texts. Russell’s unorthodox paraphrasing represents with peculiar accuracy how many skeptical, uninitiated readers first respond to the Bible and to the God it reveals. So while this “Bible” may not win converts on its own, it just might defuse some hostility toward the real thing. And that may open doors for the Word of God.

God Is Disappointed in You is not the sort of book I would recommend to a new believer, nor would I share it with an evangelical who is easily offended. Even the most charitable reader will find its vulgarities off-putting and occasionally gratuitous. But the real scandal of this book may not be its irreverent approach. Perhaps it’s that, as a result of reading such a genuinely entertaining little paraphrase, some nonbelievers will learn more about the Bible than many professing Christians ever do.

Ex-convict and freelance writer Johnathan Kana completed advanced degrees in biblical studies through Liberty Bible College & Seminary and holds a certificate in biblical counseling from Light University. He journals on themes of restorative justice at his blog Redeem Your Time. / Image courtesy of Top Shelf Productions. 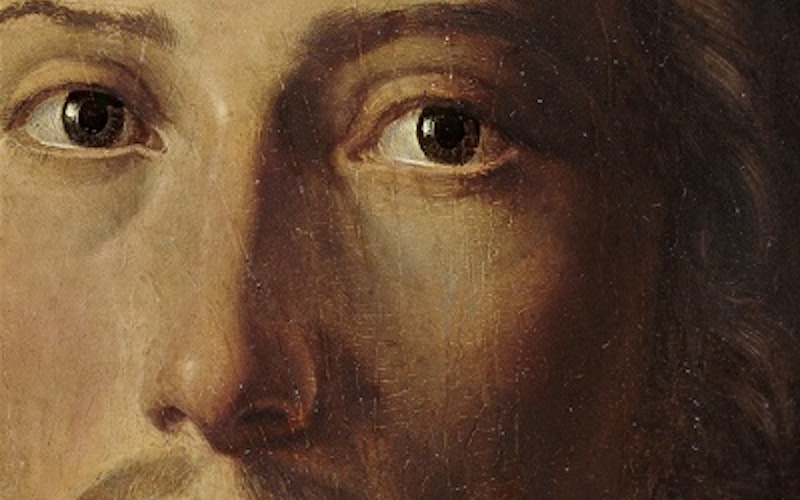