When resurrecting extinct species was just a plot device in a Steven Spielberg movie that grossed its way to the top of the charts (and made tons of money, too!), it merited a few moments of fanciful chatter over a brewski. But, goodness, scientists have now met and actually conferred on the topic of de-extinction, so maybe it’s time for some serious thought about this little matter of bringing life forms back from oblivion.

As reported in a recent National Geographic cover story, scientists, wildlife biologists and ethicists recently met to review the state of the genetic arts and reached the conclusion that “[d]e-extinction is now within reach.”

How close within reach? Well, consider the one example of a cloned extinct animal, mentioned in the article. Efforts to clone an extinct goat called a bucardo involved 57 implantations, seven pregnancies and six miscarriages. The payoff? One live baby bucardo. With a deformed pulmonary system. Dead within minutes.

To tone down the skepticism, I’ll note that although cloning and genetic repair technologies are still crude, our adeptness at genetic manipulation is growing exponentially. It’s a pretty safe bet that we’ll be able to clone an extinct species in the next decade or so.

Should we do this? That’s the $64,000 ethical question. A Christian might ask whether God would be pleased about our newfound skills and intentions to commit species resurrection. Turns out that God has already shown up in the debate. Michael Archer, one of the scientists interviewed in the National Geographic piece, is an Australian interested in bringing back the thylacine (a.k.a. Tasmanian wolf). He has tried to outflank religious objectors who accuse him of playing God by countering that humans played God when they drove the thylacine to extinction.

If we champion God as the author of life, then God is more pleased by de-extinction than by extinction.

He has a point. God is not easily invoked on either side of this argument, although my instincts tell me that if we champion God as the author of life, then God is more pleased by de-extinction than by extinction.

But what sort of life? That, to me, is the telling question. According to Holmes Rolston, an environmental philosopher and a Christian, a species is a dynamic life form maintained over time by informed genetic flow in conversation with its environment. Species inhabit habitats, and habitats make species as well as vice versa. You need genes, diversity and a habitat within which a species fits symbiotically and competitively. Then you have a species situated the way God created it.

And if the habitat is gone, where do we put a species once de-extincted? Proposals to de-extinct the mastodon and woolly mammoth invariably ticket them for zoos. Really? Resurrecting specimens for zoo display? That seems, to put it mildly, sub-moral.

Let me sketch briefly the most likely place where cloning might play a role in de-extinction, and then highlight its inherent ambiguity. Let’s say that an animal is headed for extinction because of loss of habitat. There are still a few specimens around. Captive breeding programs haven’t worked. So we take tissue samples from the existent animals, freeze them and then, at some future time when conditions to survival of the species are more favorable, clone a number of individuals. That might work. Except - where’s the habitat? Unless you’ve brought it back, too, the species has no place to go. Worse yet, if people think that freezing tissue for future cloning is an antidote to extinction, will we be more or less likely to protect habitats that currently exist?

The moral: Tissue samples of a rare bird in hand are not worth two in the bush. Let’s keep both the bird and the bush so de-extinct needn’t be an option. 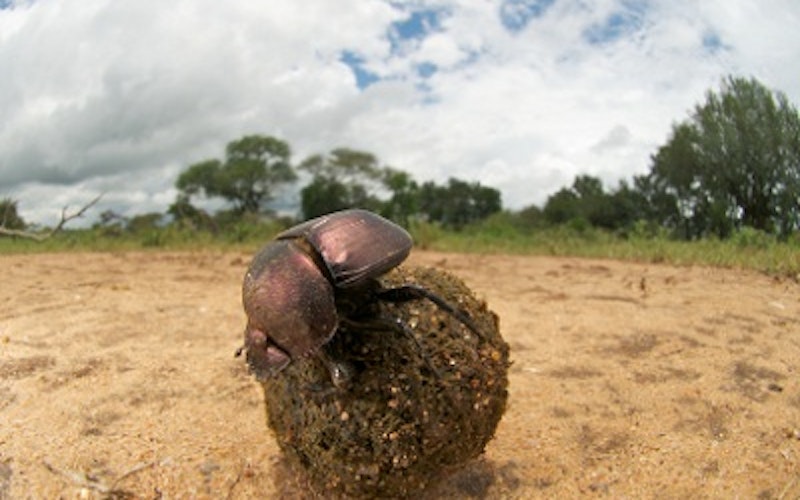 The dance of the dung beetle

Bonobos, atheists and the source of our moral impulse