If we were only interested in traffic here at TC, we’d have written about Duck Dynasty every day in 2013.

Our July post on reality television’s controversial Christian family was the second-most-read article of 2013, while last week’s piece on patriarch Phil Robertson’s GQ interview is making a late run toward the top 10. These sit alongside other popular topics from last year, from Facebook exhaustion to The Civil Wars. A list of the five most-visited TC articles from 2013 is below.

Since we also value good conversation, however, we also want to highlight some of the most productive discussions we had on the site in the last 12 months, whether they were about football and Christian masculinity, protecting our sons from selfies or Chipotle. Such instances – when a strong article prompts respectful debate among discerning Christians – are TC’s sweet spot. If you missed any of these conversations the first time around, you can still join in. Our comment threads are always open.

1. Tim Lambesis and the limits of labels

“Fans and other Christians seem to be assuming that Lambesis has either fallen from his faith or was never really a believer in the first place. But what if this is much more complicated than that?” (John J. Thompson)

2. Duck Dynasty and the gospel of entertainment

“What’s the difference between entertainment and ministry? How has our culture of entertainment affected our thinking about making disciples?” (Branson Parler)

“Facebook is more often forming and shaping my heart in a direction that puts love of self before love of God and neighbor.” (Kory Plockmeyer)

4. The beautiful death spiral of The Civil Wars

“If it weren’t for the obvious and utterly real essence of faith hanging like wallpaper in a darkened room, these songs could come off as gratuitous celebrations of surrender.” (John J. Thompson)

5. Marcus Mumford: ‘I wouldn’t call myself a Christian’ Now what?

“Can believers be too eager to anoint public figures who seem to speak the same language? Does giving a Christian stamp of approval to certain artists limit or diminish their art?” (Josh Larsen) 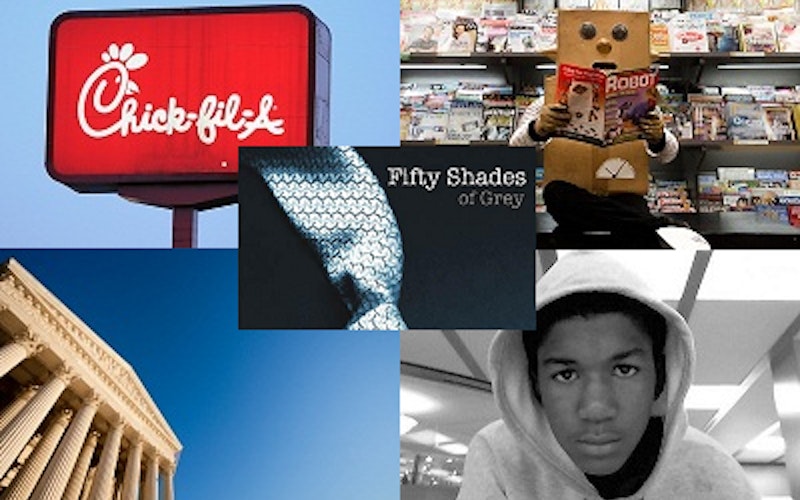