An assignment: Compare and contrast the response from the Family Research Council, a conservative Christian group, to the attempted assault on their offices with the response of a Sikh temple to the killings that took place in their house of worship. The first has included a declaration from some Christians that the figurative culture war has gone literal. The Sikhs, meanwhile, have exhibited a turning of the cheek.

There is a subtle but clear thread in the Bible of nonbelievers showing up the righteousness of God's people.

Consider Jonah. In the storm, the pagan sailors are crying each to his own god while rebellious Jonah lies sleeping. He knows full well what's behind the squall and finally fesses up. Even when the blame is found, the pagans are unwilling to endanger Jonah's life.

In Luke, during a fierce culture war where the militarily and religiously oppressed Jewish people are trying to preserve their God-honoring culture, a centurion's valued slave is near death. The centurion uses Jewish elders as intermediaries to request help from Jesus. As Jesus approaches the home, the culturally sensitive centurion suggests that Jesus need not endanger his ceremonial status by entering his home. It would be sufficient to speak the word wherever He may be and the slave would be healed. Jesus is amazed (it's hard to surprise God, I would imagine) and exclaims "I tell you, not even in Israel have I found such faith.”

There is a subtle but clear thread in the Bible of nonbelievers showing up the righteousness of God's people.

We do have instances of early Christians getting it right. In the book of Acts, the Apostle Paul is persecuted, stoned, tortured, imprisoned and constantly under threat. His own countrymen regularly seek his life, charging him with corrupting their traditions. He is assaulted by pagans who hear his message as a threat to imperial allegiance. While he may use strong language against those who share his religious tradition (as Jesus did), he is consistently the picture of generosity and kindness towards those outside his religious group.

There is nothing in the New Testament that suggests to Christians that we have a claim to peace or political supremacy in this age. The central Christian narrative is one of victimhood – though not a helpless victimhood. The Christian victim is one who willingly endures violence and abuse in the hope that their adversary may be delivered from evil.

We do not find Paul and Silas grumbling in the Philippian prison about a war on the Christian faith. The larger war is not waged against flesh and blood. Their suffering created the way for the deliverance of the jailer and his household. Paul's assertion of his citizenship after his jailing demonstrated the voluntary nature of his submission to injustice.

American culture is no stranger to this narrative. The Civil Rights movement became the gold standard for a generation of Americans understanding redemptive suffering. So what kind of victims should Christians be?

Our problem is always our own. Our capacity to endure loss and suffering is premised on our belief in the resurrection. When the blood of Sikhs produces a better word than the mere threat to Christian lives, we ought to examine ourselves and the witness we seek to present to the broader world.

Paul Vander Klay is the pastor of a church in Sacramento, Calif. Read more on his blog and Twitter. / Photo of a vigil at a Sikh temple in Yuba City, Calif., via AP Images. 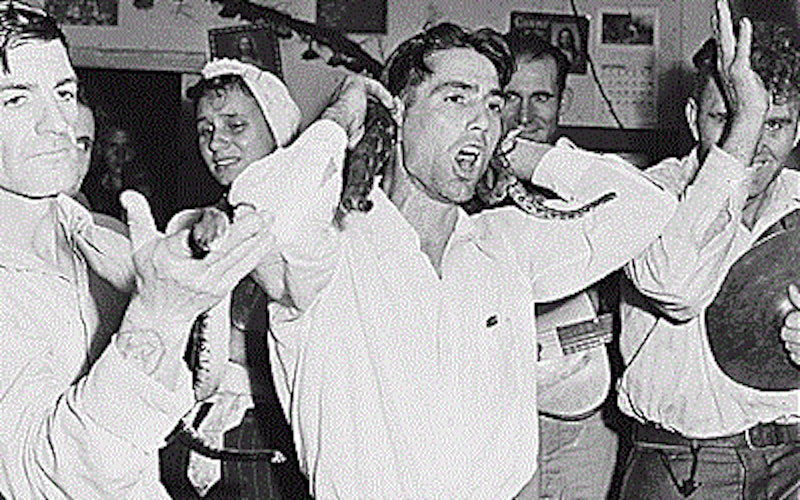 An apology on behalf of the Florida Family Association