When I look at your heavens, the work of your fingers,
The moon and the stars that you have established;
What are human beings that you are mindful of them,
Mortals that you care for them?
Yet you have made them a little lower than the angels,
And crowned them with glory and honor.
You have given them dominion over the works of your hands;
You have put all things under their feet…

Stephen Mitchell’s adaptation of Psalm 8, translated from the Hebrew, concludes, “Unnamable God, how terrible is our power in all the earth!” When I set “authority” as the topic for the most recent issue of Catapult Magazine, I didn’t know those of us in the United States would be in the middle of a government shutdown. It feels like a very long distance between an authority who can create a whole universe out of love and one that can stall the basic functions of society in an irrational attempt to foil an experiment in health care for all. How terrible, indeed. How foolish.

And yet, it’s easy to point fingers at the elected few who are starring in our latest political drama, while we ourselves screw up our own tiny kingdoms. I can’t even manage to water my plants regularly, much less figure out how to create healthy, sustainable structure for the two non-profit organizations I’ve helped start. The best I can do, it seems, is to keep listening, and then listen some more.

Storytelling and listening are tools for subverting the manipulation of false authority and reminding us of who we are.

Last week, my husband Rob and I found ourselves sitting around the table after a community dinner, chatting about gun control with two kind, thoughtful gun owners. While we’d all profess to seeking to follow the way of Christ, our practices and political views in this area of life look quite different. In fact, Rob and I feel quite strongly that we’d sooner risk our own lives and die at the hands of violence than use violence against another in an attempt to overcome them. But to say we were on “opposite sides” from our dinner partners is too simplistic. To be sure, there was emotional intensity in the conversation, but there was also a willingness to listen. And when I listened carefully, I heard the cracks forming in the artificially constructed categories as one person confessed why he chose not to have a conceal-and-carry permit and another explained why the NRA will never get another penny of his money. Whatever caricature I may have been tempted to conjure of a reckless, gun-toting redneck was irrelevant as we moved closer to the things we all care about: safety, delight, civil discourse. As neighbors whose paths cross periodically, we may yet get the chance to delve more deeply into storytelling around this subject. I hope we do.

Whether gun control or health-care reform or any of the other myriad decisions we have to make about how to organize our lives together, storytelling and listening are tools for subverting the manipulation of false authority and reminding us of who we are: humans under the divine, loving authority of the Creator. And we were created to work together as stewards of this infinitely amazing, complicated world. Where does that effort begin if not with passionate, respectful conversations around the dinner table, where we feel safe enough both to share who we are, and to change?

So I say, with all due respect, call a potluck, Mr. President. And if the privileged guests refuse to attend, get out in the streets and fill all of the seats at the table. Get out the crock pot and ponder: how terrible, how wonderful it is that we have all this under our feet, and how we can’t help but walk gently when we know that much more about the holy ground on which we tread.

Kirstin Vander Giessen-Reitsma is the editor of Catapult Magazine, a bi-weekly online publication of *culture is not optional. Other projects by *cino include conferences and a growing series of topical books that includes Eat Well: A Food Road Map and Do Justice: A Justice Road Map. This piece originally appeared on Catapult. / Image via iStockphoto. 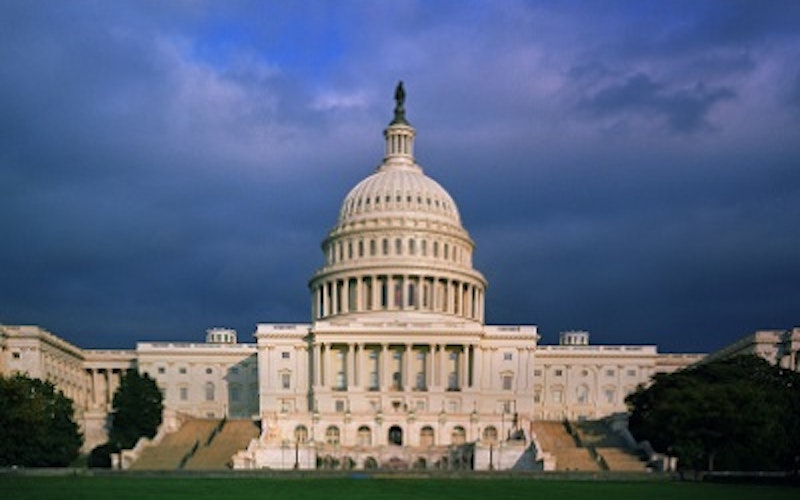 Having faith in the system 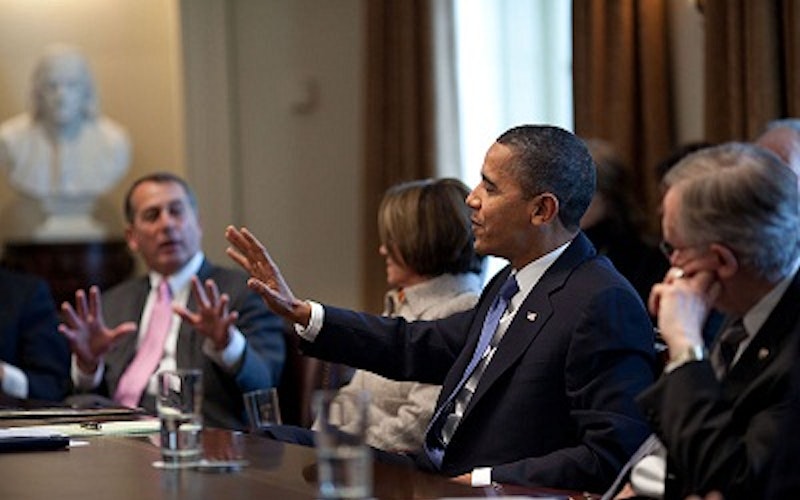 Why the U.S. debt deal should have us all reevaluating our values