We’ve been following Calvin College’s January Series of lectures on faith and culture, and are pleased to bring you video of one of the more engaging talks thus far. “The Renaissance of Christian Thought” reunited four luminaries from Calvin’s past - George Marsden, Richard Mouw, Alvin Plantinga and Nicholas Wolterstorff - for a wide-ranging consideration of the state of Christian philosophy, both in the world at large and within evangelical culture.

It was encouraging to hear these men speak because so much of their work guides Think Christian as a project, especially in terms of participating in mainstream culture as a thoughtful believer. Of course this shouldn’t come as a surprise, considering Calvin is part of the Christian Reformed Church denomination that produces TC and its family of programs. The work of Abraham Kuyper, for instance, was cited a number of times by the panelists, and you’ll certainly find his name and influence all over our site.

Video of the lecture is below. As an appetizer, I’ll briefly quote from the end of the talk, when the four sat down together to take questions from the audience. This led to a discussion about the role of apologetics at Christian colleges, a practice Wolterstorff suggested should be de-emphasized at such schools: “We’re Christians, right? Let’s begin to look at the world, life, reality, human beings in the light of that. And of course you answer the objections when they’re posed. But you don’t allow the entire enterprise to become defensive and apologetic.” 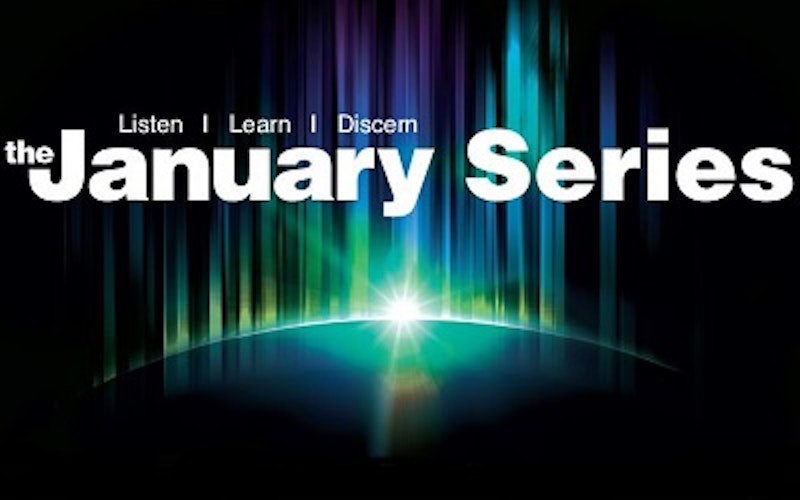