A Moscow judge last Friday sentenced thee women from the Russian punk band Pussy Riot to two years in prison, a decision that has led to global debate over two intricately intertwined issues: religious freedom and freedom of speech.

The band had protested Russian President Vladimir Putin and the Russian Orthodox Church with a “punk prayer,” which called on the Virgin Mary to rid Russia of Putin. The head of the church is a strong supporter of Putin and the band objects to the close connection between these two institutions. The dance and protest occurred last February in the Moscow Cathedral of Christ the Savior. Supporters of Putin say that the women are blasphemers who committed outrageous acts against the church. The women were found guilty of hooliganism motivated by religious hatred.

Analysts have seen this trial as a test of Putin’s tolerance of dissent, pointing out that the timing of the trial comes in the context of a number of things Putin has done to make life difficult for those who oppose his regime. Most are outraged by the violation of free speech, but some have taken it a step further and interpreted it as a slippery slope toward the desire of the religious community – with the support of the state - to shut down those who disagree with them. On the same day that the verdict was handed down, Amanda Marcotte of Slate wrote a striking piece warning that what happened in Moscow could happen in the United States.

Marcotte wrote, “The Pussy Riot travesty is the logical end result of giving special legal consideration and privileges to religion.” From her perspective, when the faith-based community wants to remove contraception from the list of preventive care covered with no co-pay, “fundamentalists are demanding that the government give special consideration to religion in order to attack the rights of young women.”

Most are outraged by the violation of free speech, but some have taken it a step further and interpreted it as a slippery slope toward the desire of the religious community to shut down those who disagree with them.

Marcotte's description isn’t fair. There is little connection between the Russian government’s control of dissent and the American religious community’s desire to express their worldview in the way they offer employment benefits.

However, Marcotte’s concern raises a point that Christians need to be more attentive to. Christian institutions in the United States, like churches and universities, are suing the federal government because they argue that the Affordable Care Act prevents them from shaping their institutions according to their faith without government penalty. They are asking for an institutional or structural pluralism in which government treats people and institutions of different worldviews in a similar manner. This is the same principle that rests behind movements to have faith-based schools receive public funding in the same way that state schools do, and asks that faith-based, social-service organizations be eligible for the same government funding that others are.

This kind of pluralism is attractive when groups are in the minority. Organizations like the Center for Public Justice also argue that this institutional and confessional pluralism is part of a Biblical understanding of what government ought to be in a broken but redeemed world. The challenge, of course, is maintaining the integrity of the argument when we are in the majority. When Marcotte suggests that religious groups want “special recognition,” she sounds exactly like Christians who say that the gay and lesbian community should not be asking for special protections in employment and marriage law. When I speak on this topic, I encounter this argument: Christians should ask for pluralism when we are in the minority, but when we are in the majority, God wants us to try and get away with putting as much Christianity in the law as possible.

Here, then, is a question, an especially important one for the up-coming U.S. election, in which the presidential and vice-presidential candidates all profess faiths that shape their worldviews: does a Biblical understanding of the public square require that government work to treat people of all worldviews equally? Or, does a Biblical understanding mean that when it is possible, Christians should use the law to make others live according to our beliefs?

Julia K. Stronks has a law degree and is a professor of political science at Whitworth University in Spokane, Wash. / Photo of Pussy Riot courtesy of Igor Mukhin/Wikimedia Commons. 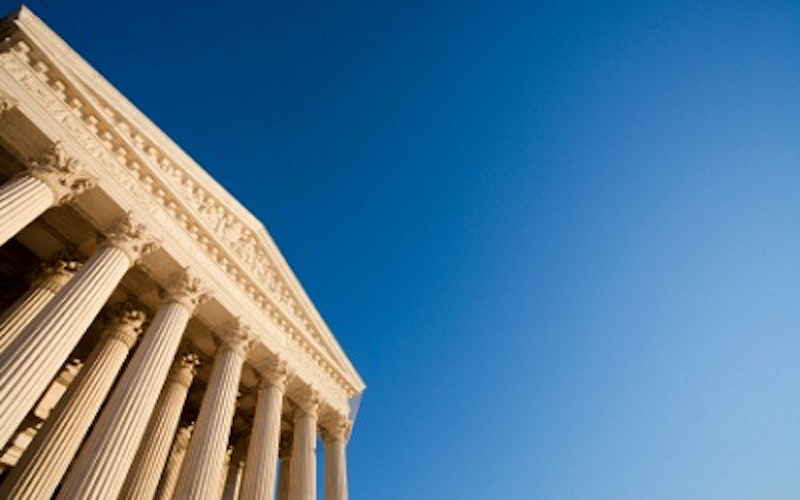