Bonhoeffer reminds us that there are not two realms of sacred and secular; there is one reality under the cross of Christ.

Last autumn, in the midst of the tumultuous American election season, I began reading and discussing Dietrich Bonhoeffer’s magnum opus, Ethics, as part of a book club at my seminary. Fragmented and unfinished, it contains perhaps his most prophetic and political writings. Assessing Western culture during World War II, he wrote, “Seldom has a generation been as uninterested as ours in any kind of ethical theory or program.” The national German church, in the midst of the National Socialist regime, either quietly disengaged from the political sphere or conformed to Nazi positions. Bonhoeffer took a different path, a path of resistance, the path of the cross of Christ. And on April 9, 1945, he was executed in a concentration camp for colluding with anti-Nazi factions.

If a reader were pulling quotes as proof texts, Bonhoeffer’s Ethics would both offend and support almost any Christian position. Theological conservatives would appreciate his emphasis on Scripture and morality, a weightier version of “what would Jesus do?” But they’d also likely be put off by his radical relativism and near-universalist ideas. Theological progressives might resonate with his posture emphasizing social justice and love of neighbor through a prophetic outcry against the status quo. Yet Bonhoeffer goes to great lengths to critique progressive ideologies and notions of revolution, instead exhorting submission to the authority of Jesus.

In an era of political unrest and moral confusion, where we’re looking to a Benedict Option and deconstructing political parties, I suggest the Western church consider what I’ll call “The Bonhoeffer Option.” Perhaps the following four themes from Ethics could be a starting point for Christian responsibility in politics and culture.

Christology over ideology. Ethics, truth, goodness, human flourishing, love, reality—for Bonhoeffer, all these find their origin and definition in the person of Jesus Christ. Bonhoeffer refutes any ideology, even the “good” ones of his era, because Jesus was/is a human being in concrete history, not an abstract principle or belief system. One’s ethical and political postures must begin with Christ, then move into faithful action, not the other way around. The incarnated Christ becomes the primary lens through which we view all of reality, transcending political parties and expectations.

There are not two realms of sacred and secular; there is one reality under the cross of Christ.

Practices over principles. Bonhoeffer has little patience for ethereal, all-encompassing moral pronouncements. There is no one-size-fits-all ethic. The wise person knows “the limited receptivity of reality for principles, because they know that reality is not built on principles, but rests on the living, creating God.” This living God showed up in human history as a person, Jesus Christ, and showed God’s love in concrete practices. In stark contrast to his Lutheran theology, this is a spirituality of doing.

Elevation over dualism. The church and the world, Christianity and government, Christian and non-Christian, liberal and conservative—Bonhoeffer refuses to fall into either camp, instead swinging the polarizing pendulum upward into an elevated conversation. There are not two moralities or two realms of sacred and secular; there is one reality under the cross of Christ, which “sets us free to live in genuine worldliness.” Divisions between the “world” and “Christian” are broken down, not through sectarianism or syncretism or theocracy or Christian counterculture, but by free individuals responsibly loving their neighbors in their contexts. Bonhoeffer writes, “A Christianity that withdraws from the world falls prey to unnaturalness, irrationality, triumphalism, and arbitrariness.”

Uncertainty over absolutes. Bonhoeffer argues that we never truly know whether or not we’re doing the right or wrong action in a given circumstance; moreover, it’s not our role as human beings to fully know:

Thus, in the given situation it is necessary to observe, weigh, evaluate, and decide, and to do all that with limited human understanding. We must have courage to look into the immediate future; we must seriously consider the consequences of our actions; and we must attempt seriously to examine our own motives and our own hearts.

A deep dependence on the sovereignty of Jesus leads to freedom in making ethical decisions. I don’t know whether or not I voted for the “right” person in November. Time will tell. What Bonhoeffer suggests is that even in our muddled ignorance of right and wrong, we still must act in faith, hope, and love. “Those who act on the basis of ideology consider themselves justified by their idea,” he wrote. “Those who act responsibly place their action into the hands of God and live by God’s grace and judgment.”

On Election Day 2016, I read the following passage in Ethics:

The church confesses that it has not professed openly and clearly enough its message of the one God, revealed for all times in Jesus Christ and tolerating no other gods besides. The church confesses its timidity, its deviations, its dangerous concessions. It has often disavowed its duties as sentinel and comforter. Through this it has often withheld the compassion that it owes to the despised and rejected. The church was mute when it should have cried out, because the blood of the innocent cried out to heaven. The church did not find the right word in the right way at the right time. It did not resist to the death the falling away from faith and is guilty of the godlessness of the masses.

It’s a sobering confession, but one which feels prescient and relevant for the present-day American church in particular. Where have we deviated from the message of Jesus? When have we been timid and mute in political conversations? How have we spoken the wrong word at the wrong time? In an era where the American president lacks a moral compass, are we able, like Bonhoeffer, to resist to the death the falling away from faith, to take up our cross of discipleship and practice an ethic of genuine love and justice?

Topics: Culture At Large, Theology & The Church, Theology, The Church 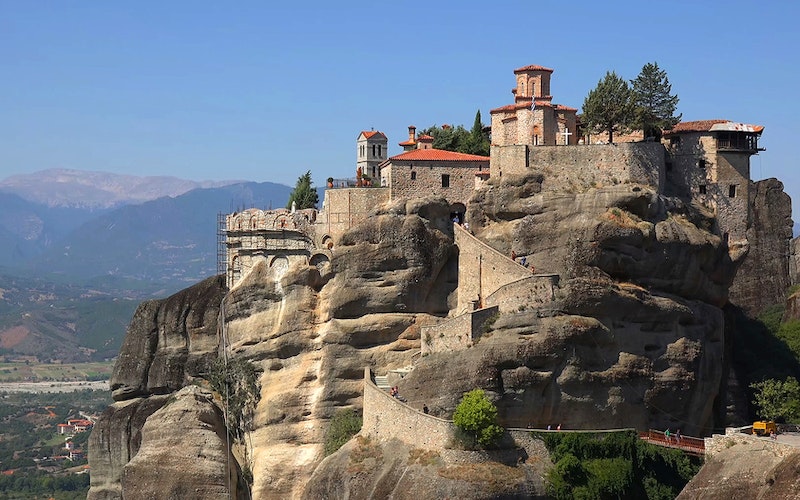 Rod Dreher on Cultural Engagement and The Benedict Option