Without net neutrality, minority voices - including those of thoughtful, un-politicized Christians - will be quieted.

Don't let the words fool you. When Obama says "net neutrality," he actually means the federal government (for right now, Obama) should grab a much larger role in regulating the internet in all its dimensions, and that the federal government should pick winners and losers. The federal government (Obama administration) didn't hesitate to favor big business (e.g., Wall Street mega-banks, General Motors) and big labor (e.g., auto workers union) over the "small interests" in the past (he appointed Tim Geitner as Sec of Treas for goodness sakes). Why would anyone think he'd do otherwise now? Or that his successor in office would? Again, don't let the words fool you.

So far, the internet has been uniquely "governed," at least when compared to other "utilities." And so far, that unique "governance" has done pretty well. I'm with the FCC chair (ironically appointed by Obama) on this one.

I have to agree with the above comment by Doug. It troubles me, that there seems to be this mentality in this country that the government must take over/oversee every single aspect of our lives. The politicians also seem to believe that they are anointed experts in any field just because they are elected.
Like Doug said, I do not trust Obama to take care of this at all.
Come on, folks.... what has he done right in the past six years?

I am stunned by this article. Christians lose? There is no evidence the purpose of net neutrality is understood at all in this article. Net neutrality as the left intends it will do to the internet what they have done to cable. It will decrease access, increase the number of gate-keepers, allow total control by few companies, increase costs, increase government influence and censorship and greatly diminish ease of use and user freedom. Bad idea to throw your lot with the social controlling bullies.

I don't know which prospect frightens me more: ISPs selling internet fast lanes to huge corporations, or the federal government trying to run the internet. Both options sound pretty terible to me. Is there another way?

I've been hearing about, and reading about, the concept of net neutrality for years - mostly from tech people and innovators, not left or right politicos. Again, it seems to me that because Obama came out on one side of the issue those who can't stand him assume that the opposite view must be the best one. But I'm pretty sure many of them would assume he was wrong if he stepped out on a sunny day and said that the sky was blue.

The only thing I trust less than government bureaucracy is corporate oligarchy. I've never heard a Comcast customer say how much he loves that company. All I ever hear about them is that they are over-priced, their service is terrible, and that people only use them because there is no other option. And because Obama favors "net neutrality" millions of conservatives then somehow think it would be better for Comcast to control the internet than the public? That's an undue politicization of this issue, in my opinion, and a sad one.

I'm no fan of "big government" - but there comes a time when these mega corps need to be challenged. Competition and innovation is what "governed" the net so far, and allowing the players with the most cash to squash that competition and innovation does not seem wise to me. It may be that the current proposal is imperfect - I'm sure it is - but the concept behind it is critical and should not be politicized. Christians and other minority interests (and while Christians are no minority in the culture we certainly are in the media) should be very careful about surrendering to the whims of the Comcasts.

JJT: You end with the words "... whims of the Comcasts" (plural) and perhaps that is a critical point. There is more than one major player when it comes to interest in the internet. There is nothing close to a monopoly. As to federal governments in the US, there is only one. The federal system already has anti-trust laws in place to deal with market monopolies. They also have an FCC that does provide some level of regulation. Again, the governance of the internet is quite unique but so far, it has done quite well. Why would we want to exchange that record for the regulation of one guy, the president (who is head of all federal agencies), especially when we already know that regardless of who sits in that chair, a thousand lobbyists vie for his and his staff's attention every day, and when we already know that presidents routinely give favors of all kinds to those who favor their election coffers.

I voted for Obama in his first presidential election. Despite my age (which means I should have known better), what he said was intelligent and refreshing. To put it lightly, I've become much less of a fan, but only because it has become obvious that he says what he thinks people want him to say in order to get elected but there is no correlation between that and what he intends to do.

This isn't about Obama, but the point is still there. I don't think it makes any sense to trust the power of a single person who is almost constantly subject to the need to raise contributions for re-election (and therefor to the dollars of the "mega corps" as you put it) more that a multiplicity of interests (some large corporations but some otherwise) who operate (live AND die) by the rules of the market. And I certainly wouldn't trade in governance by the latter for the former when the track record of the latter is pretty good and that of the former pretty miserable.

And finally, remember that Obama and his appointed Sec of Treasury were the best friends the "mega corps" could have had during the meltdown of 2007 and its aftermath. Maybe putting the federal executive in charge amounts to nothing more or less than adding another "mega corp" player to the "mega corp" players already there, except this one adds "power of the sword" type powers to the group's ability to manipulate. After all, AIG still lives, and quite well, thanks to whom?

If you're looking for me to defend Obama you're going to be disappointed. It ain't gonna happen. Again, though, I don't really think this is about him. Whether under this proposal or another - the rules that have governed the net so far (innovation, neutrality) are not going to be in place if we as a society allow Comcast - or, gasp, a Comcast Warner type enterprise - to gobble up the pipes for cash and choke out the competition. Someone is going to become the Sheriff of Dodge City. Will it be someone accountable to the electorate or someone accountable to a board of directors? Doing nothing, in this case, is doing something that I fear will choke out minority voices and raise the cost of access for everyone.

I don't think this is about Obama either, which is why I said "... regardless of who sits in that chair ...". Obama is merely a latest rendition of that power. GW did much of the same, even if not as egregious.

You assume in your latest post that Comcast will become a monopoly ("Someone is going to become the Sheriff of Dodge City"). Maybe, although I think that is quite unlikely, but if it does there are -- as I indicated before -- anti-trust rules that government already has at its disposal to deal with that. I would suggest that Comcast and others are much too aware that they lack monopoly or conspiring oligarchy power over the internet to attempt to achieve government-like power over it for their own obviously unfair benefit.

I discussed Obama because you had posted "it seems to me that because Obama came out on one side of the issue those who can't stand him assume that the opposite view must be the best one," and because Obama, now president, provides a good example of what the top of the federal government's executive branch tends to do. I wouldn't have wanted GW or Clinton to have control over the internet either. Or the next president, whoever it is. Would I want the federal government executive to enforce anti-trust laws? Of course. And if it does that, it ensures that it doesn't then need to also grab more control over the internet because there will be no "Sheriff of Dodge City." 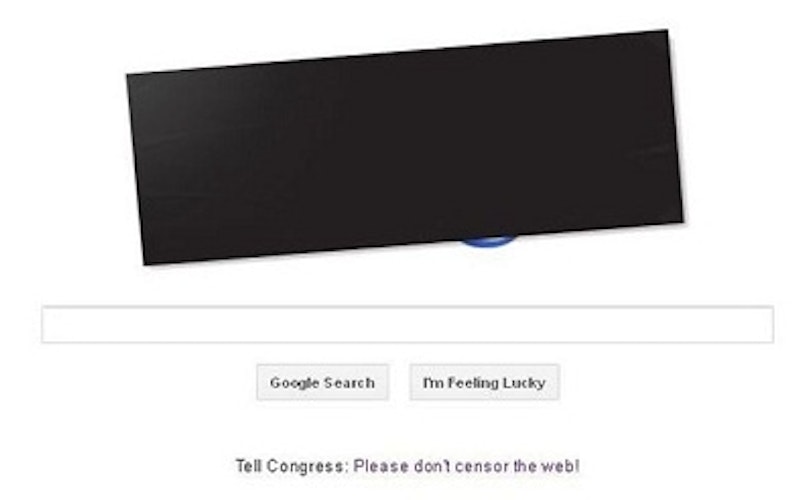 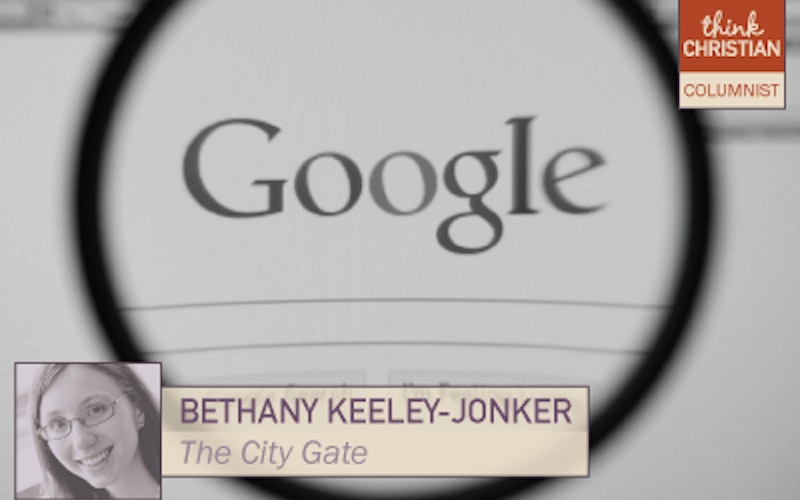 Through an algorithm, darkly?