After five years of regular posting, it's finally finished: Fred Clark at Slacktivist has completed a page-by-page critical analysis of Tim LaHaye and Jerry Jenkins' Left Behind. As best I can tell it begins with this post back in October 2003, and ends with this post earlier this month.

That is a huge amount of material—I'd guess Clark's critique handily outstrips Left Behind itself in length. This is one of the most impressive feats of blogging I've ever seen, and I hope it's compiled, edited, and released in book form at some point.

There is far too much in the years-long analysis to discuss in a single post. It will not surprise you that Clark is extremely critical of Left Behind on both literary and theological grounds, and there is certainly plenty of debate to be had over the many criticisms he levels at LaHaye, Jenkins, and the evangelical church that reads and promotes Left Behind and its many sequels. Clark offers his ultimate verdict on the novel in the final post, which you can go read and discuss yourself. But I'd like to focus on perhaps the most serious single charge he makes against Left Behind: that it preaches a message very different than the one its authors intend and believe. From Slacktivist (emphasis mine):

Any one of those [assorted literary and theological] faults, on its own, would have been enough to earn Left Behind a place on the Worst Books of 1995 list. The presence of all of those faults -- in a single book and in such concentrated form -- is more than enough to secure its place on a list of the Worst Books of All Time. Yet the book's signature failure is something far simpler. Left Behind disproves the very thing it sets out to prove. It presents an inadvertent but irrefutable case for the unreality and impossibility of all of the events that Tim LaHaye claims are prophesied to occur at any moment.

In other words: LaHaye and Jenkins sat down to communicate one message. But instead they communicated a very different, even opposite, message. They had good intentions, and in fact many or most of their readers presumably interpret the message as the authors intended... but if Clark is correct, it is possible for a reasonable person to interpret Left Behind's message completely differently. Where the authors intended to describe a story of a loving God preserving his followers and reaching out to the lost in the midst of trials, the reader might instead see a capricious God directing a band of Christians who don't care about nonbelievers and who don't interact with the world in a believable way.

Setting aside the issue of Left Behind's theology and literary merit, think about the broader implication: we as Christians might be comfortably preaching a message that makes perfect sense to us (it uses the right words, the right phrasing, and is well-intentioned)... but which is received by our audience as something completely opposite.

Can you think of other examples of this in Christian culture today? That Western Christianity has a problem communicating meaningfully with culture is not news, but I wonder how much of the problem boils down to Christians saying one thing, and audiences hearing something completely different. 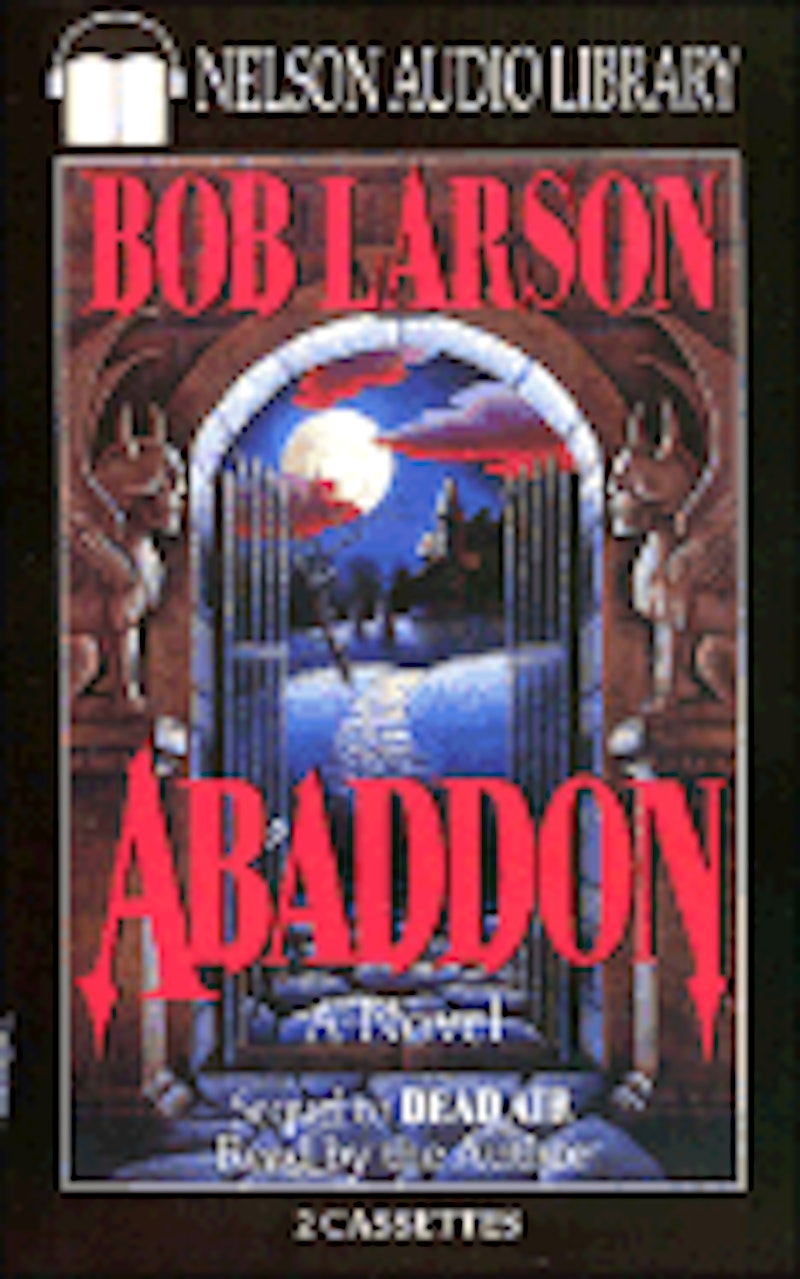 In trying to think of examples of this phenomenon in my own life, one thing that comes to mind is the flood of '"spiritual warfare" novels, devotionals, broadcasts, etc. that seemed to peak in the early 1990s. As a teenager, I devoured novels that lovingly described angels and demons locked in constant battle around us; I read stories about cults and sinister spiritual forces lurking behind crime, liberal politics, and corrupt churches. The intent of all these breathless stories? To make Christians more aware of the spiritual dimension of their lives, and of the spiritual conflict that frames our everyday existence. The message I received? That demons and cults were everywhere, and that they were frankly more interesting than the Good Guys. (I was at that time also a big player of Dungeons & Dragons, which was supposedly an occult tool. But between D&D and This Present Darkness, guess which one had me spending more time brooding about demons and witchcraft?)

What's your reaction to this? Can you think of other examples of Christian communication inadvertently having the opposite of its intended effect? Do you think that can be chalked up to careless communication by Christians, malicious misinterpretation by the audience, or a bit of both? Are there messages being conveyed by the church right now that are being interpreted in the wrong way?