The gun-control discussions that emerged after the Connecticut school shooting a month ago will test our ability to engage in compromise and civil discussion. As a Christian, a gun owner, a public-policy analyst and a Constitutional scholar I think the debate has been poorly framed. I believe there is common ground to be had if we are all willing to step back and consider what is driving our own perspectives on this issue.

When I travel the country talking with Christians about public policy and what it means to engage in civil disagreement one concern is always raised: “If Christians know how God wants us to live in the world, how can we compromise with those we know to be wrong? Can we compromise on God’s word?”

Both the Old and the New Testaments encourage us to think about government as under God’s authority, but they also suggest that the purpose of government is to pursue public civic justice in what we know is a broken but redeemed creation. With this approach, compromise with others is part of the tact we take in figuring out what justice in different circumstances might require.

Many people who see gun control as an answer to school shootings have little experience with guns. Those who view gun control as the first step to government quashing of the Constitution, however, have little experience with public policy. Neither perspective, alone, is helpful in thinking through how to reduce violence in our country. Both sides are going to have to try to understand resistance to their perspective if any sort of progress is going to be made.

Our system is set up for compromise, and compromise does not have to be a dirty word.

I grew up outside of Chicago in the 1970s and at that time I didn’t know anyone who admitted to owning a gun. When you live in a dense urban area, the idea that tempers frayed by heat, traffic or crowds could lead to people pulling out their weapons is terrifying.

But when I moved to the northwest, owners of firearms suddenly were my neighbors and the people I went to church with. At first I thought they were all crazy, but as I talked with people who see their firearms as an extension of themselves, my perspective started to change. Then, a former student taught me how to respect and handle a gun. I learned to shoot and I discovered how very good at it I am. I am still a city kid at heart, but I also believe that everyone should understand how a gun works, should learn to shoot and should understand that the ability to defend one’s home against intruders is an integral part of how some people see themselves.

But, those who claim the Constitution as a defense against gun control misunderstand constitutional history. The Second Amendment, like all Constitutional rights, is not absolute. Historically, every Constitutional right has been limited under certain circumstances. Free speech, religious freedom, equal protection - government restricts all of these rights when there is a great, compelling social need. It is absolutely true that we must all be on guard against the power of an unrestrained government, but this is why the Constitution makes public policy so hard. There are so many layers embedded in policy construction that slow down the process because, as James Madison said, “men are not angels.” Power must be pitted against power to keep one group from taking over.

Our system is set up for compromise, and compromise does not have to be a dirty word. In my experience the best public-policy solutions will evolve when everyone at the table tries to understand the perspective of the other side. If we do this, then what seems like compromise actually becomes a more fully developed understanding of the complexity of public policy issues. 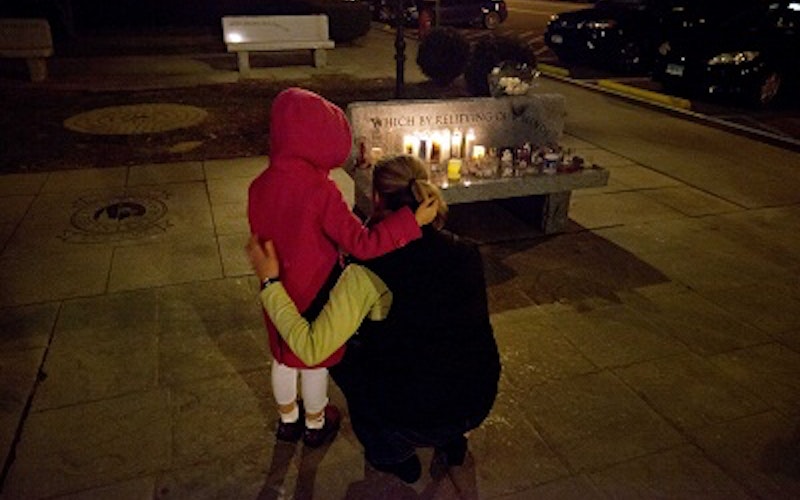 A voice is heard in Ramah, and Connecticut