The Dakota Access Pipeline protest is a call to look, listen, and confess of the sins that have been committed against Native Americans.

It is critical we take a moment and pay close attention to what is unfolding among the Standing Rock Sioux, the United States federal government, and proponents of the Dakota Access Pipeline. If we do, we may begin to understand the debt of love (in the form of social and environmental justice) that U.S. citizens—and Christians in particular—owe to Native Americans.

On Monday, the U.S. Departments of the Army and Interior decided to halt construction on the highly controversial Dakota Access Pipeline project near Standing Rock Sioux land. The 1,170 mile-long pipeline would deliver crude oil from the Bakken oil field in North Dakota to refineries in Illinois. A final decision will be issued after further analysis and discussion with the Sioux tribe.

Monday’s joint statement gives the impression that the Departments of the Army and Interior are grappling with the specific objections the Sioux have leveled. The statement reads: “The Army has determined that additional discussion and analysis are warranted in light of the history of the Great Sioux Nation’s dispossessions of lands, the importance of Lake Oahe to the Tribe, our government-to-government relationship, and the statute governing easements through government property.”

Even if the final decision under the Obama Administration is to reroute the pipeline, president-elect Donald Trump could reverse it. Trump has a vested interest in the pipeline’s successful completion because he has investments in the company building it. Furthermore, it’s unlikely Trump would address the Sioux’s concerns since he freely cast aspersions upon native peoples in the form of racial slurs and false allegations when they didn’t cooperate with his business ventures in the past.

Standing Rock is a call to look, listen, and confess of sins that have been committed against Native Americans.

Supporters of the project maintain that transporting crude oil via pipeline is safer than by rail, as well as cheaper and quicker. However, Native Americans and their allies at Standing Rock will quickly point out that pipelines have a higher leak-rate than rail and that contamination of water is generally much worse for the environment than contamination of land. Water contamination is one of many critical reasons why the Sioux tribe doesn’t want the pipeline near their water sources.

As a Christian, I am convinced that Cornel West is right in saying that “justice is what love looks like in public.” One aspect of love is seeking to promote the flourishing of the beloved for the beloved’s sake and to secure ample opportunities for the beloved to flourish. We will all give an account for the life of another. History demonstrates that the U.S. government—and the non-native Americans in whose name the government has acted—has continually harmed native peoples, while rendering their grievances illegitimate. Indeed, genocide has been committed, lands have been forcibly taken, and entire people groups have been herded onto reservations. Today, further injustices deny Native Americans the opportunity to flourish.

Standing Rock is more than a protest over water rights. It is an icon beckoning us to behold the litany of atrocities and injustices that have been committed against indigenous peoples. It’s a call to look, listen, and confess of the sins that have been committed against them. Standing Rock is a call to lament and repent. Only when we admit to wrongdoing can we then ask Native Americans how we might produce fruit in keeping with repentance.

Marlena Graves is the author of A Beautiful Disaster: Finding Hope in the Midst of Brokenness, as well as a bylined writer for Christianity Today and Our Daily Bread Ministries. A Minister of Pastoral Care at her church and an instructor at Winebrenner Seminary, she lives in Toledo, Ohio, with her husband and three daughters. 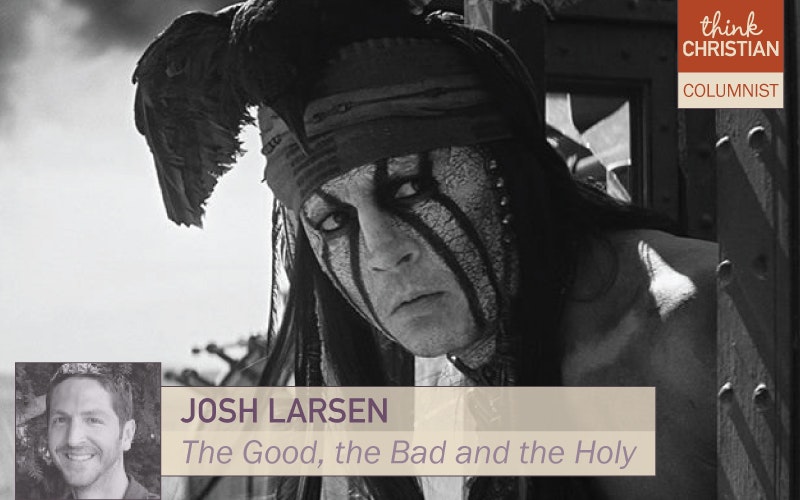