Ryan Bell's year without God may have led him to atheism, but it also teaches us what strengthens faith.

At the beginning of 2014, former pastor Ryan Bell decided to try out atheism for a year (and blog about it, of course). As he put it, “For the next 12 months I will live as if there is no God. I will not pray, read the Bible for inspiration, refer to God as the cause of things or hope that God might intervene and change my own or someone else’s circumstances.” At the beginning of 2015, Bell unsurprisingly confirmed that his year without God was now permanent and he considers himself an "agnostic atheist." As I contemplate Bell’s journey, I think his example is instructive for Christians and non-Christians alike as we think about why it is that we believe (or not) in God.

For starters, Bell illustrates that our beliefs and life practices are inseparable. We can’t act as if God doesn’t exist and assume that we’ll keep believing. In the context of his famous wager, Christian philosopher Blaise Pascal recognizes that believing is not merely a matter of reason and the will, but of our heart, habits and passions. We can’t just will ourselves to believe something; the process is more mysterious than that. So what should someone do who wants to believe in God but can’t? Pascal (a Roman Catholic) essentially says: Go to mass, take holy water and go through the motions of someone who does believe. The takeaway from Pascal's wager is that our habits and practices form our beliefs as much as our beliefs form our habits and practices. So Bell is Pascal in reverse. If I spend a year living like God doesn’t exist, it’s not surprising that after a year of living that way, I believe it.

Bell’s year without God teaches us what actually strengthens faith.

Bell’s experiment also highlights the importance of community in sustaining belief. Bell states that the “intellectual and emotional energy it takes to figure out how God fits into everything is far greater than dealing with reality as it presents itself to us.” Bell makes it sound like belief in God is just inherently difficult. But sociologist Peter Berger uses the term “plausibility structures” to explain why some beliefs seem easy and others are difficult. The ease or difficulty is not built into the belief itself, but whether and how one’s culture supports that belief or not. So think about Bell’s experiment in the larger context of modern culture - imagine economic, political, educational and recreational institutions operating as if God didn’t exist. Then it would indeed take a great deal of energy to believe that God exists. But it wouldn’t be because of the inherent unbelievability of God’s existence. It would be because of the broader social and cultural context in which we are embedded.

So Bell’s year without God teaches us what actually strengthens faith. For me, it looks pretty straightforward: go to church regularly. As we gather together, we act as though God exists. And we do it in community. As we practice acting as though God exists, we won’t be surprised to find that we actually do believe it. Faith is a habit and way of life, not a one-time occurrence. I don’t know about you, but what keeps me believing is not intellectual arguments alone but the grace of God through prayer, singing, the preaching of the Word and the communion of saints, both around the Lord’s Supper and the coffee and cookies that follow. If you, like me, sometimes cry out, “I believe; Lord, help my unbelief,” then we should go to the place where that help is promised - where God’s grace through Word and sacrament help us believe.

Topics: Culture At Large, Theology & The Church, Faith, Other Religions

Branson Parler is Associate Professor of Theological Studies at Kuyper College and author of Things Hold Together: John Howard Yoder's Trinitarian Theology of Culture. You can visit his website at www.bransonparler.com. / Photo via yearwithoutgodfilm.com, with illustration by Jerod Clark. 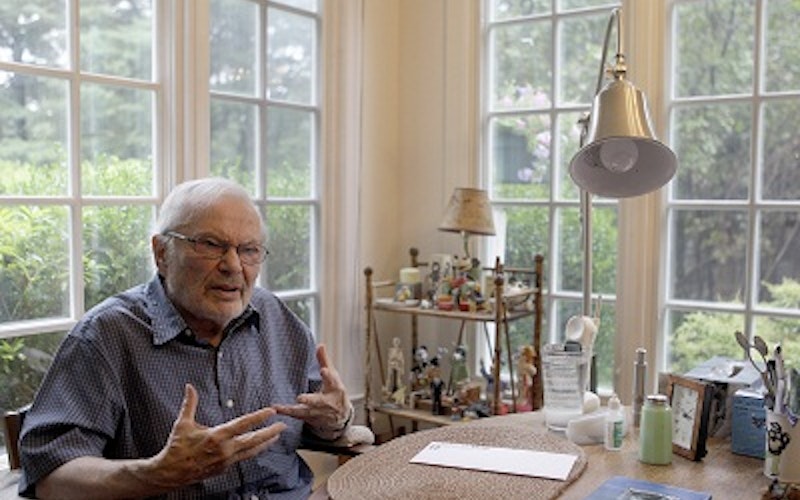 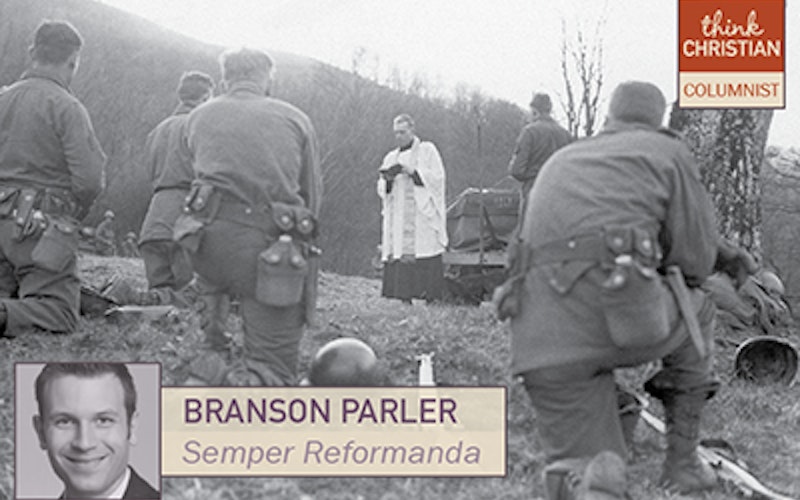