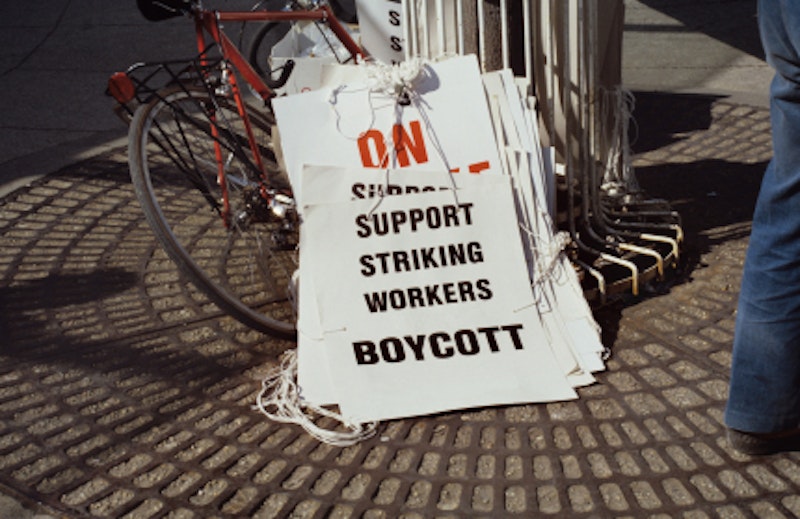 From the collective-bargaining brouhaha in Wisconsin to the National Football League player lockout, labor disputes have dominated headlines of late. Are unions more trouble than they’re worth?

While labor unions are necessary institutions in a modern economy, the rarity of good unions today makes the case for them difficult to defend. Still, just because unions are not what they could and should be, that does not mean we should get rid of them.

Depending on our politics, most Christians view unions with greater or lesser discomfort. Those on the Christian left may find some sympathy with some of the causes promoted, but admit that the tactics are sometimes distasteful and the agenda not entirely Christian. When we try to dismiss these matters from our mind, we turn on the tube to watch sports or a movie only to find news of labor disputes dominating, and sometimes even cancelling, our entertainment. There is no doubt that unions are public institutions, although many think public nuisance is a more apt description.

So what is a Christian to think about unions? A few basic principles regarding work and the workplace need to be asserted. Work is an inherently social activity. A basic sense of injustice is aroused when similarly qualified workers doing similar work are treated in significantly different manners for arbitrary reasons. A healthy workplace respects, cultivates and utilizes the gifts and talents that workers bring to the workplace. The workplace thrives when workers are respected as image-bearers of God and are valued and recognized for their contribution.

The effects of the fall are such that work has become toil. It causes pain, sweat and frustration. Sometimes we enjoy the camaraderie of teamwork; other times we end up fighting with fellow workers, customers or our bosses. Power and politics often destroy the workplace and prevent workers from being able to live out their vocation.

How do unions fit into this story? Ideally, a union is an institution that serves workers by giving them a voice. Historically, unions have played a significant role in resisting the tyrannical use of economic power and have contributed significantly to a more stable social order. It must also be noted that unions have been caught up with particular ideological or political agendas and have contributed to their share of instability and injustice as well.

But the presence of bad unions does not invalidate the institution any more than bad business means business is evil or divorce suggests we should get rid of marriage. Eliminating unions almost inevitably means giving the government more power. In theory, unions can serve our economy as a democratic structure to provide workers a voice, to steward the gifts and talents of their members for maximum benefit and to work with employers in building healthy workplaces. They are not needed in every situation, but there are many where they can serve well.

Unions have an important and potentially very valuable role to play in promoting justice, promoting dignity and contributing to our shared life together. That may not be what they are doing every day, but that only prompts the follow-up question: In what way are we called to improve things?

Ray Pennings is a Senior Fellow and Research Director at Cardus, a Christian think tank dedicated to the renewal of social architecture. He has previously been involved in labor relations on both the union and employer sides of the table, as well as having served as a mediator and arbitrator in labor disputes.