It was recently announced that the immensely popular reality show Duck Dynasty will have a new cast member for its upcoming fourth season. Alan Robertson - the beardless brother and oldest of Phil and Kay’s four sons - is leaving his role as pastor at White’s Ferry Road Church of Christ to join the family business. He will be the “Beards and Beauty Wrangler;” that is, he will manage public relations and the speaking tours of various family members.

It’s well known by now that the Robertsons are vocal about their faith. So it wasn’t surprising to hear Alan’s rationale for joining the show: “What I do for our church - you see, it’s a pretty good-sized church - impacts a lot of people, but because of my association with the show, I’ll get to minister to a lot more people. Any person that’s an evangelist, that’s what you want to do, so I had to give this up for something possibly bigger.”

This move raises several questions. What does Robertson mean by “ministering” to people? What’s the difference between entertainment and ministry? How has our culture of entertainment affected our thinking about making disciples? My intent here is not to speculate on Alan Robertson’s personal motives but to ask broader questions. What cultural conditions make Robertson’s move such an obvious one? How do those underlying cultural conditions affect not just how we think about entertainment, but how we think about the church?

Television is about entertainment. And let’s face it: the Duck Dynasty folks are entertaining. But therein lies the problem. As Neil Postman put it almost three decades ago in his book, Amusing Ourselves to Death, “The problem is not that television presents us with entertaining subject matter but that all subject matter is presented as entertaining, which is another issue altogether… No matter what is depicted or from what point of view, the overarching presumption is that it is there for our amusement and pleasure.”

Think about it this way: what is it that qualifies the Robertson family to write devotionals (the forthcoming Dynasty Devotional) and books about their approach to life (Happy, Happy, Happy). Why are Alan and his wife Lisa already writing a book about marriage? Ultimately, what accredits them is that they entertain us. They could be world-class scholars on the issue, but that’s not why we like them or read their books. After all, a lot of people value “faith, family and ducks,” but we don’t read their devotionals, life philosophies and marriage books. Phil Robertson is at the top of the New York Times Best Sellers list not because he’s a follower of Jesus but because he’s an entertainer.

Many will object, arguing that if entertainment gives you a way to speak to people about the Gospel, then it’s good that we have entertainers like the Robertsons. But the deeper question is whether the Gospel gets fundamentally distorted by our entertainment culture. If the medium is the message (Marshall McLuhan), then is the Gospel message really the same when it is delivered via reality TV celebrity culture? Paul’s preaching of the Gospel is accredited by his suffering as he follows Jesus, the suffering servant. But can the Robertsons tell the story of the rich young ruler or call us to “take up our cross?” Such a phrase cannot mean the same thing when uttered by a Jewish rabbi who is headed for a showdown with the powers that be and celebrity millionaires (or, for that matter, middle-class college professors like me).

The deeper question, however, is not about Duck Dynasty but about our churches, youth groups, Christian colleges and even the Christian blogosphere. Of course the entertainment industry is about entertainment. But what happens when entertainment becomes, as Postman puts it, the “supra-ideology” of our culture? When entertainment is what accredits not just TV stars but our pastors, liturgies and Bible studies? Then, as Postman puts it, “the danger is not that religion may become the content of television shows but that television shows may become the content of religion.”

In other words, when entertainment is what validates the Gospel, entertainment is the gospel. The good news is not that Jesus has died and risen but that there’s something good on TV tonight.

Branson Parler is Associate Professor of Theological Studies at Kuyper College and author of Things Hold Together: John Howard Yoder's Trinitarian Theology of Culture. You can visit his website at www.bransonparler.com. / Photo courtesy of A&E, with illustration by Jerod Clark. 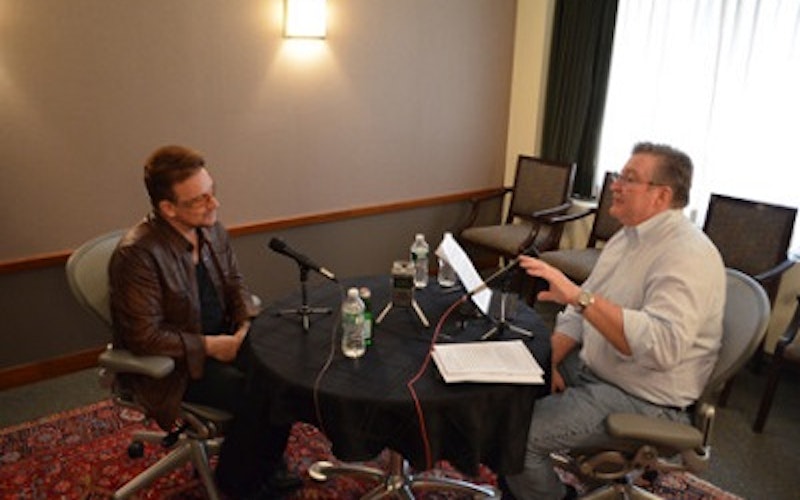 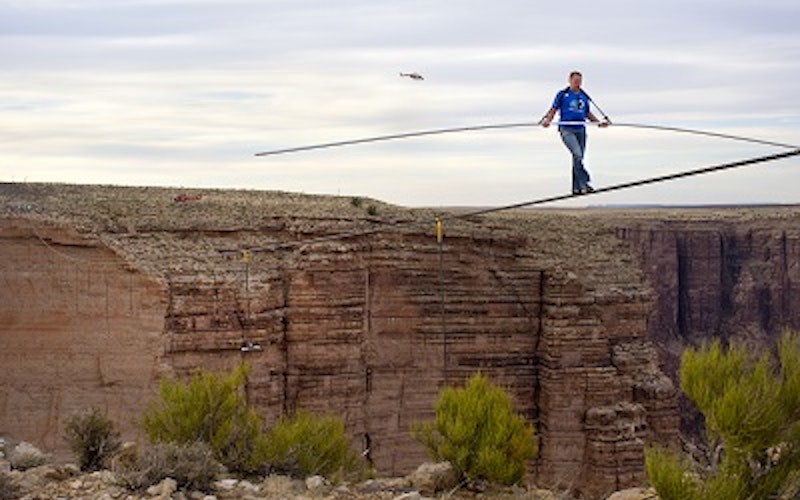 Nik Wallenda and putting faith on the line