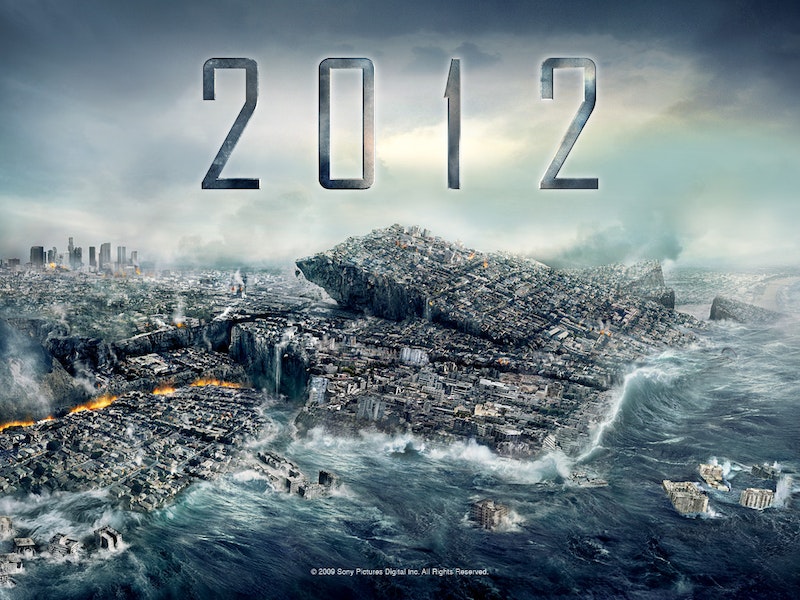 The television commercial for the end-of-the-world extravaganza “2012” - complete with images of the earth being covered in a flood - prompted the following theological discussion between my 7 and 4-year-old daughters.

“Look at all the water,” the younger one observed, her big eyes even larger than usual.

“Don’t worry,” the older one reassured her. “God promised Noah that would never happen again.”

I wonder what she would have said if she actually saw the movie. “2012” embraces the Noah reference and even tries to one-up the Bible story – the climax features a whole fleet of arks. Considering, as my daughter pointed out, this is a direct rebuttal of God’s covenant, could “2012” be considered blasphemous?

Perhaps, but it’s hard to get worked up about yet another cheesy disaster movie from noted landmark basher Roland Emmerich (the Statue of Liberty took a hit in the director’s “The Day After Tomorrow,” while the White House is only one of the iconic victims here.)

The movie did make me wonder, though: Is there any value in surmising the apocalypse?

This isn’t only a secular pastime. Sure, popular fiction often deals in this sort of stuff – this month we’ll also get the big-screen version of Cormac McCarthy’s bleak “The Road” – but many Christians have made it a hobby, as well. God seems to have felt that Revelation provided all the information we need about the end times, but the often mystifying visions in that book only feed our appetites for destruction. We pore over those passages interpreting symbols, finding contemporary parallels and even, in some cases, trying to make God’s Word follow a human calendar.

Can anything fruitful come of all this? Can it simply be written off as an understandable curiosity about the future, or is there a danger in imagining, as “2012” does, the end of the world as we know it?