Come, if you dare, into the mind of a sports fan, where yelling at the television is acceptable behavior, blithely psychoanalyzing players’ comments is routine and grudges against people you’ve never met can last a lifetime. Join me in mourning last night’s NBA championship win for the Miami Heat and overinflating what it says about humility and pride.

As you might have guessed, I’m a Chicago Bulls fan, so a win by the rival Heat especially stings. I’ve also been rooting against them – and star LeBron James in particular – because of the hubris they’ve flaunted ever since James, Dwyane Wade and Chris Bosh signed with the team in 2010. James produced a nationally televised program to announce his Decision, then the Heat held a pre-season rally in which he declared that the team would go on to win “not one,” but at least eight championships.

Wouldn’t it have been nice if James had never won a single title? Wouldn’t that have taught us all a lesson about the price of pride? Is it the Christian or the sports fan in me that’s thinking this way?

Looking for solace of some sort in James’ post-game comments, I did find something. Asked about the Heat’s loss to the Dallas Mavericks in last year’s championship series, he said the experience “humbled me a lot.” Of course, at the same time he was telling another microphone this about the win: “It’s about *&!# time.” (An attitude of entitlement that made the Heat such a detestable team, especially when it expressed itself in constant complaining to the referees.)

Is it the Christian or the sports fan in me that’s thinking this way?

Yet whether James was truly humbled or not - whether this first championship came after an honest reassessment of his priorities or will simply propel him to new heights of hubris - shouldn’t really matter to me. That it does – that I deeply wanted the Heat to lose - speaks not to James’ perceived offenses or the illogical, sports-fan part of my brain, but something deeper: the fact hubris of any kind casts a damning light on my own.

Hubris offends because it’s our most common sin. We’ve all committed it; we do every day. It’s not a distant possibility – like, say, murder – but an ever-present scourge. When we see it in others, we’re reminded of its continual, hateful presence in our own lives.

In Mere Christianity, C.S Lewis devoted an entire chapter to pride, which he titled “The Great Sin.”

“There is one vice of which no man in the world is free; which everyone in the world loathes when he sees it in someone else; and of which hardly any people, except Christians, ever imagine that they are guilty themselves. I have heard people admit that they are bad-tempered, or that they cannot keep their heads about girls or drink, or even that they are cowards. I do not think I have ever heard anyone who was not a Christian accuse himself of this vice. And at the same time I have very seldom met anyone, who was not a Christian, who showed the slightest mercy to it in others. There is no fault which we are more unconscious of in ourselves. And the more we have it ourselves, the more we dislike it in others.”

Setting aside the fact that claiming only Christians recognize they are prideful or show mercy to the prideful strikes me as being a bit, um, prideful, I think Lewis hits on two key things that are pertinent to my problems with a Heat championship.

It is quite true that in contemporary society, pride – clothed as self-confidence – is seen as a virtue, not a sin. Perhaps few places is this more true than in the puff-chested world of professional sports. Secondly, Lewis, as usual, turns theology into a personal challenge with the last phrase in the excerpt. His suggestion that the more prideful we are the more we dislike it in others gives me pause as I stew over last night’s Heat win. Perhaps my problems with a Heat championship have less to do with LeBron James and more to do with me. 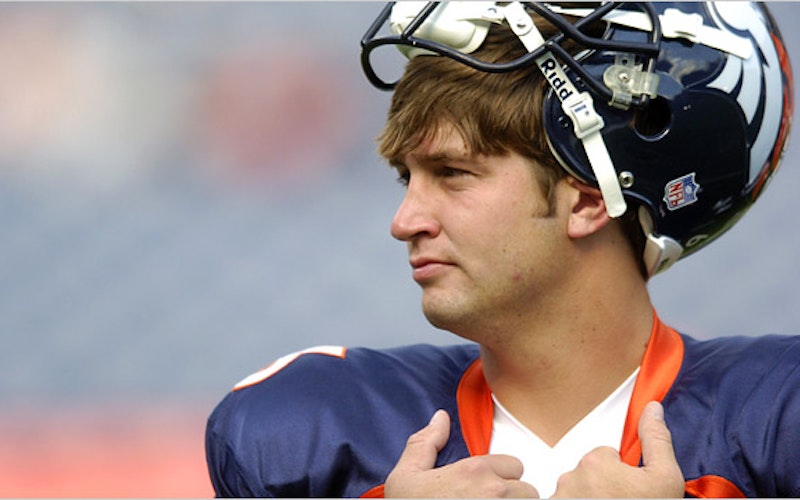 Rooting for your favorite football team vs hoping for failure