America’s greatest sin may be the pernicious racism that has persisted since the country’s inception. No matter the economic heights the nation climbs nor the technological feats achieved, the United States has been plagued by the injustice of racial inequality. The documentary Accidental Courtesy: Daryl Davis, Race, & America, available on Netflix, chronicles one man’s unlikely and unusual attempts to counter this awful legacy.

As the documentary details, African-American musician Daryl Davis has embarked on an individual outreach to Ku Klux Klan members. His efforts are both mind-boggling and moving. For years, Davis has made it his goal to collect the hoods of KKK members by initiating friendships with them. As awkward, uncomfortable, and ostensibly foolish as his actions may seem, they are equally remarkable. Putting himself in personal danger by fostering relationships with leaders of what amounts to a vicious American terrorist organization, Davis does something so daring and rare that it has caught the attention of a worldwide audience. Through personal conversations, he achieves what many governments and social institutions have been hard pressed to accomplish: the softening of racist ideologies.

As a Christian, I see Davis’ work as a modern-day response to the biblical call to love one’s enemies. Christ’s command goes even beyond the turning of one’s cheek. We are told to actively “do good to those who hate you” and to “pray for those who mistreat you.” At a time when the KKK is still active in 22 states and white nationalist groups exist across the country, Davis’ actions represent the deep sacrifice and selflessness that lies at the core of our faith. Watching the documentary, I was left fantasizing about the implications of lives like his on the rest of humanity. If only the world could love like Davis, what could be achieved?

Christ’s command goes even beyond the turning of one’s cheek.

Of course, in another sense Davis’ example of African-American love in the face of white supremacy is nothing new. For years enslaved Africans raised the children of their oppressors, took care of them when sick, and sought no revenge for being brutalized. Even in post-slavery America, the collective response of the African-American community was to seek the acceptance of European Americans, while attempting a relationship of servile integration. Tolerance and respect for individual African-Americans in this context was not unusual, as it represented the isolated benefits of tokenism. Yet group acceptance in addition to the promotion of collective policies that promote justice, fairness, and restitution have been much more difficult to achieve. In this way, Davis’ actions are far from a panacea. As a middle-class African-American, I have experienced this same kind of personal acceptance, one that stretches only as far as my willingness to assimilate ideologically and deny uncomfortable truths about our national identity. Were Davis’ KKK friends to pursue active love rather than passive non-hatred, this would represent not only the kind of repentance supported in Scripture, but also true progress in collective race relations. As the author Cornel West reminds us, “Justice is what love looks like in public.”

Davis’ testimony is complicated by another matter. At one point in the documentary, Davis has a conversation with leaders of the Black Lives Matter movement, who are critical of his approach to racial reconciliation. Rather than offer them the same courtesy that he shows to members of the KKK, he immediately responds with insults and denigration. The patience and humility that is on display for the previous hour of the film flies out the window in a matter of moments as he attacks these leaders for their questioning of his approach.

This part of the film is heartbreaking, as it conveys his overall willingness to suffer for those who desire to oppress him, while refusing to extend grace to fellow African-Americans. In many ways, he displays a form of self-contempt common throughout African-American history. Enslaved Africans were often fiercely divided by their positions on the plantation and the lightness of their skin. Brown v. the Board of Education ended school segregation in 1954 partly because of the tragic doll test, in which African-American children chose white dolls as symbols of beauty and comfort. The common use of the n-word and the idolatry of Eurocentric images of beauty in popular culture are additional examples of this phenomenon. Davis’ actions towards these protestors, whether intended or not, align with this tradition of self-contempt.

If I could speak to Davis, I would commend him for his work, while challenging him to be open to criticism. And I would caution all of us against celebrating America’s progress on race. As long as larger movements for racial justice are met with disdain at worst and apathy at best, true advancement alludes us. We must push further. As Christians in particular, we must work to ensure that the private, biblically inspired promptings of our hearts translate into greater public policy. Our unique call to radically love the world requires this deliberate courtesy.

Ted Williams III has taught political science at Wright College, Chicago State University, and currently is the Chairman of the Social Science Department at Kennedy-King College. He is also the author of The Way Out: Christianity, Politics, and the Future of the African-American Community. 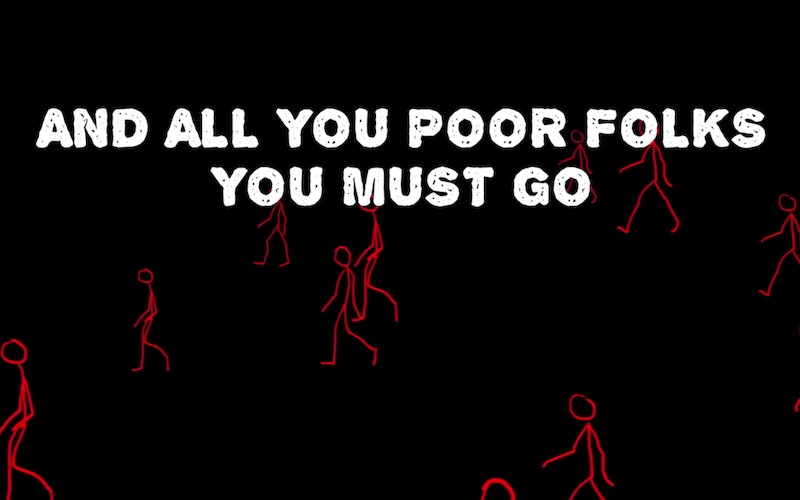