The Jeopardy! host offered a reminder that faith and facts can coexist.

Going into a session of “Final Jeopardy!” last year, contestant Dhruv Gaur’s score was too low for him to catch up to his opponents. So he used the space allotted for his response to pen a simple message: “What is . . . We Love You, Alex!” Jeopardy! host Alex Trebek, caught by surprise and visibly choked up, could barely deduct the appropriate points. This memorable moment came just weeks after the longtime host announced his return to treatment for pancreatic cancer, which he’d vowed to fight as he continued taping the show. Nearly one year to the day after the episode aired, Trebek lost that fight.

His passing is certainly a loss to Jeopardy! fans. I, for one, have been watching since high school, and it has since become the official dinner viewing in our home. My wife and I don’t merely watch the game; we play along. We listen out for our respective areas of expertise among the categories: science, French, and fashion for her; religion, literature, and sitcoms for me. We groan at the return of the dreaded “Rivers” category and lean into word puzzles, rolling our eyes whenever the writers get a bit too clever. And we cheer one another on with each correct response, impressed and often surprised by what we both can recall.

That, of course, is the fun of the game: testing our knowledge. Sweeping a Jeopardy! category is a real flex. It’s made all the sweeter by the approval of Alex Trebek, genuinely impressed by successful gameplay. (Long after the fact, he continued to gush over the 32-day winning streak of former champion “Jeopardy James” Holzhauer). Just as Jeopardy! has become synonymous with displays of knowledge, Trebek became a reliable purveyor and voice of that knowledge, a genial spokesperson for certifiable facts. And during a time in which verified facts are frequently ignored or denied, he’s served as a comforting (if not crucial) reminder that facts do matter.

Trebek became a reliable purveyor and voice of knowledge, a genial spokesperson for certifiable facts.

What might this mean for the Christian? As fun as it is to run the Jeopardy! board, you get more out of the game by stumbling through it. A correct response confirms what we already know. But when we accept the gaps in our knowledge, we open ourselves up to learning something new. When we surrender to our uncertainty, we allow ourselves to grow. Christianity asks us not only to surrender to the uncertainty, but to find comfort in it. While there’s plenty in the Bible that’s supported by historical records—corroborated accounts of names, places, and events—faith ultimately relies on the unprovable, at least by any traditional scientific method. Does that mean we ought to waiver in our belief in God? No—the opposite, actually. Let’s confirm our belief daily by accepting that it’s OK not to “know.” Faith asks that we embrace the limits of our knowledge and trust the process of divine revelation.

That doesn’t mean we ought to waiver in our belief in facts, however. Knowledge about how the world works is part of that divine revelation. As people of faith, we should trust science, math, and history, because we should trust that God has given us the intellect and the tools to find the answers we seek. The problem arises when people confuse finding answers with finding the truth. Such is often the case when reading scripture. It’s here that many people of faith end their quest for truth. But as we evolve, so should our faith. God doesn’t change, nor does scripture, but the role each plays in our lives may vary, depending on who and where we are. We read the Bible differently as adults than we do as children (when the story of Jonah is mostly a warning to stay out of the ocean). We turn to God differently in despair than we do in gratitude. We hear Jesus' call differently from a position of power and privilege than we do from the margins of society. How the Word is heard may depend on the ear; how it’s delivered may depend on the tongue.

Facts don’t change, but context does; faith is more than mere recall. While the knowledge of scripture is key to our spiritual development, we should continue to ask questions about its meaning and application, no matter the strength of our faith— indeed, because of our faith. The truth of God is more than the fact of God.

That's the beauty of Jeopardy! The show invites us to begin with the answers, tear them apart, and reconsider the pieces—ultimately arriving at the right question. We’re encouraged to test, regularly, what we feel, believe, and think we know about even the most familiar topics. When my wife and I watch at home, we are constantly amazed at how much we learn from each layered clue, even as we blurt out the correct response. To appreciate Jeopardy! is to acknowledge, even welcome, the simple fact that we all have more to learn. Alex Trebek was our guide, assuring us daily that there's always value in the search for truth. That’s why we love him and why he will be missed. 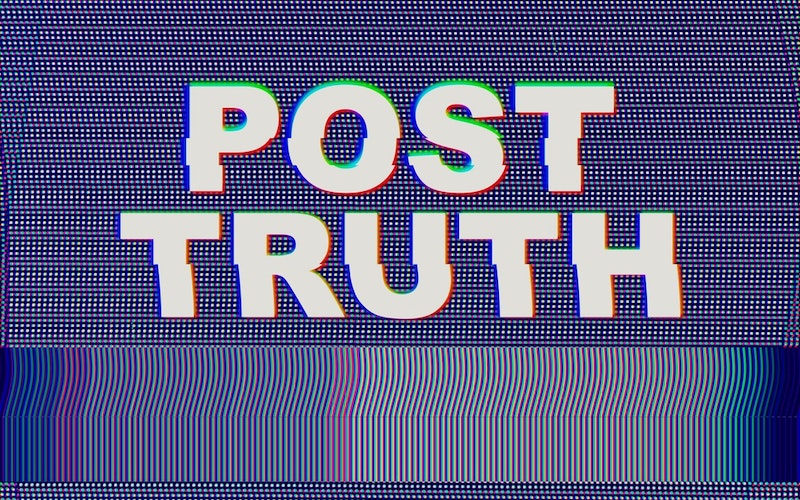 Living as a Christian in a Post-truth World