All God's critters got a place in the choir

Some sing low, some sing higher

Some sing out loud on the telephone wire

And some just clap their hands, or paws or anything they got. (Bill Staines, “A Place in the Choir”)

June 6, 8:43 a.m. First groundhog of 2013 spotted ambling atop the garden retaining wall - just a few feet and a bit of wing-and-prayer fencing separating it from my recent plantings of lettuce and broccoli. The game is now officially on. Either the groundhog goes or my vegetables’ days are numbered.

As a general rule I love animals and can find it in my heart to love even the most ugly and warty. As a matter of intellectual assent, I concur with Bill Staines. But I cannot love a groundhog. Some think them cute with their chunky waddle and their clueless gaze. Perhaps for these they can be forgiven. But not for the way they nibble lettuce down to a mere nub in the ground or, even worse, the way they strip-mine in a single night every leaf and stalk from a row of broccoli plants.

Every year we get at least one groundhog in our neighborhood. In early May I pray a groundhog variation on the blessing for the Tsar from Fiddler on the Roof (“God bless and keep all groundhogs … far away from us”). My prayer is never answered. First appearance is mid-May to early June. From then until final disposition, my garden suffers regular predations.

Some might say that I should reconcile myself to sharing a bit of garden largesse with a few of God’s creatures.

It usually does end. One year the groundhog ended up road kill in the street two doors down. I wept a crocodile tear. Another year I borrowed a Havahart trap. It was too easy. Two minutes after baiting with an apple core, mission accomplished. But how to dispose? I teach environmental ethics, for goodness’ sakes. All animals have intrinsic value. They are God’s creatures and to be valued as such. So I loaded the groundhog-occupied trap in the trunk of our car and drove six miles out into the country. When I opened the trunk, the groundhog had crapped mightily all over. What a mess!

I released it in the largest woodlot I could find. Releasing it salved my conscience, but down deep I knew I didn’t really solve anything. Groundhog density at the release site was probably at saturation point. While the site was wooded, there were farms within a quarter mile. I solved my problem by making it someone else’s. Within two weeks another groundhog moved into our neighborhood. Serves me right.

Some might say that I should reconcile myself to sharing a bit of garden largesse with a few of God’s creatures. I do, at least with what grows well. In the gardener’s version of Murphy’s law, our produce yield is inversely related to effort. Our garden produces rhubarb and strawberries with us barely lifting a finger, but carefully tended tomatoes and zucchini and peppers and broccoli struggle to yield more than a few edibles.

I do share the strawberries. Chipmunks take a nip or two out of almost every one, but I don’t hate chipmunks. I just pare the gnawed area. There’s still plenty of untouched fruit to cover my breakfast cereal on June mornings. I appreciate the dainty appetite of your average chipmunk.

But groundhogs? I hope God loves them because I just can’t bring myself to. A friend just told me about a motion-detector sprinkler that shoots a jet of water at anything that moves in the garden. That could be fun, like Clint Eastwood in the garden patch. Go ahead, Punxsutawny Phil, make my day!

It’s a satisfying thought. But then reality hits. What are the odds that the groundhog gets blasted first versus the likelihood that I forget to turn off the water when I step outside to pick my breakfast strawberries and get blasted myself? I don’t think my ego could take being laughed at by a groundhog. 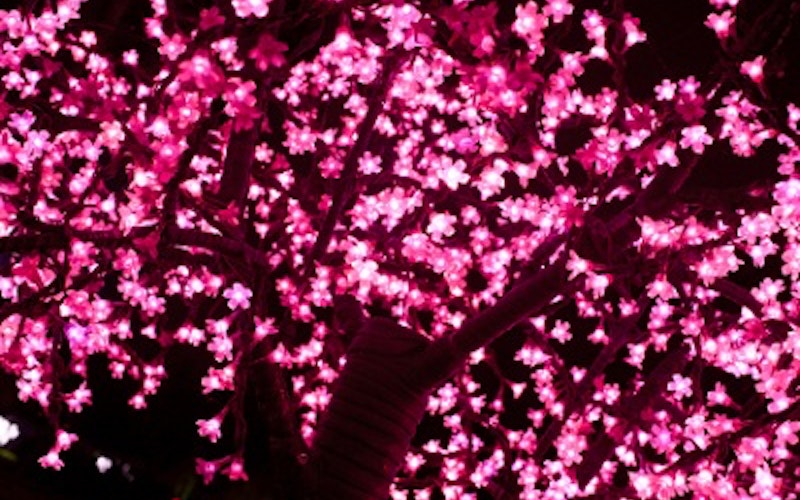 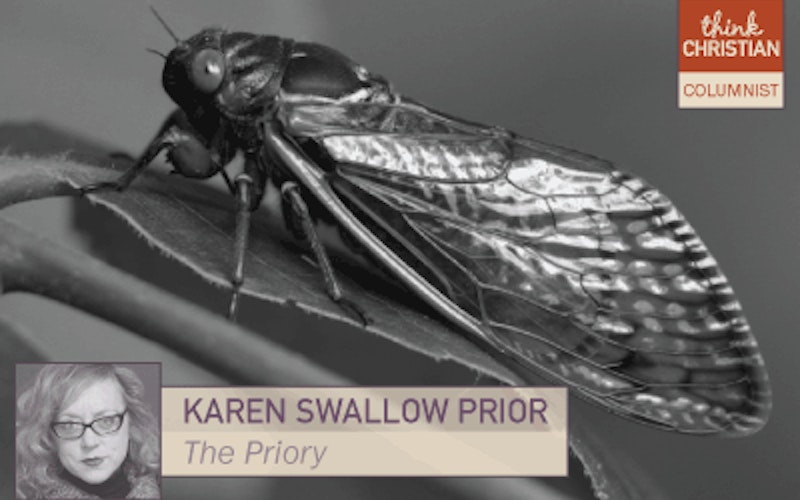 The swarming witness of cicadas