On Oct. 13, the anonymous British street artist Banksy set up a nondescript booth in Central Park selling what appeared to be run-of-the-mill knockoff prints similar to any other stand in New York City. Unbeknownst to the myriad of those passing by, however, these were genuine, original Banksy-signed canvases, estimated to be worth over $30,000 each. The price at the stall? $60.

In the video on Banksy’s website, most potential buyers walk right past the stand without even giving the valuable artwork a second look. The eventual buyers included a mom looking to decorate her son’s bedroom (she haggled the price down to $30 each), a tourist from New Zealand and a man from Chicago redecorating his apartment who “just needs something for the walls.” None of them appear to have the slightest suspicion that what they just purchased was actually worth far more than the pittance they paid.

Perhaps most intriguingly, as each purchaser completes their sale, the man working the table asks each one if he can hug them. A sign of gratitude, perhaps, or perhaps a hint at the celebration these buyers will have when they realize what it is that they have bought.

The story reminds me of the parables of Jesus. The parable of the hidden treasure, in which a man, after discovering treasure buried in a field, goes and sells everything he has to purchase the field. Or the parable of the pearl that follows, in which a merchant leverages everything he has to purchase a pearl of great value. Parables like these celebrate joy at discovering the unexpected good news of the Kingdom of God where we least expect it.

In this kingdom, the divine dons sandals and is born in a barn. Thieves receive grace and religious leaders are spurned. The outcasts are welcomed with open arms. Grace takes our value systems and turns them upside down. It defies our expectations and shatters our preconceptions.

The economy of grace surprises us, shocks us and scandalizes us.

Kory Plockmeyer is the pastor of Covenant Christian Reformed Church in Sioux Center, Iowa. He is a Doctoral student in Latin and Ronan Studies and blogs at quaerenda.com, where this piece originally appeared. / Photo via Banksy/banksyny.com. 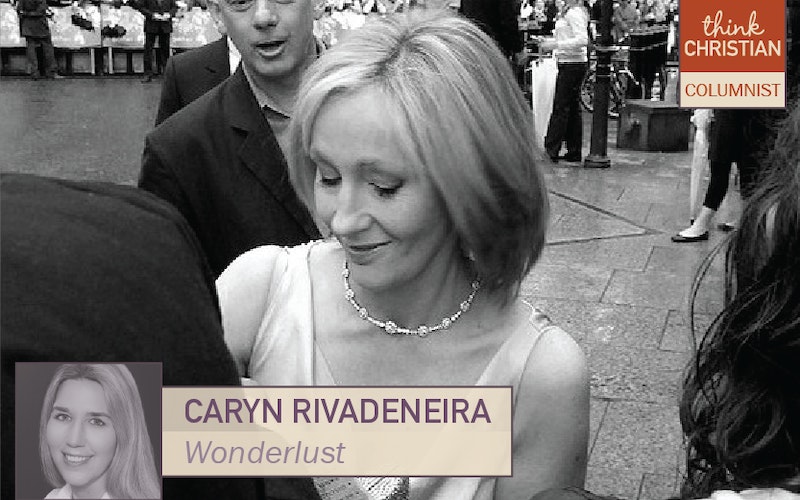