A new book captures the transcendence and mortality of classic rock.

Don’t blame John Lennon. Yes, he suggested the Beatles were bigger than Jesus, in a much-maligned, still-misunderstood statement. But we deified rock stars long before the Beatles, and we’ve kept at the hero worship in the 50 years since.

No period produced more demigods than the classic-rock era. In his new book, Twilight of the Gods: A Journey to the End of Classic Rock, Steven Hyden takes us into the “Houses of the Holy.” One of our best contemporary music writers bears witness to classic rock’s myths and messiahs and tries to make sense of its creeping mortality.

Indeed, much of Hyden’s language reveals how classic rock functions like religion. “Loving classic rock has always been an act of faith: albums as sacred texts, live concerts as quasi-religious rituals, and rock mythology as a means of self-discovery,” he writes.

Classic rock offered Hyden something to believe in. “But what made classic rock an obsession for me was the belief that I was plugging into something profound and larger than life,” he writes. “I’m not a religious person, but if there is a God, I was sure I had found him on side two of Abbey Road.”

Hyden works out his musical salvation alongside feelings on numerous topics. With misty-eyed reverence, he reflects on local radio stations that beamed classic rock heavenward. He writes of live albums that sound like church services and road songs as emblems of sacrifice. He details actual dalliances with the devil, reserves righteous judgements for bands who took classic rock’s name in vain with their power ballads, and exhibits why “Rock is dead” is as dubious a statement as “God is dead.”

Rock might not be dead, but Hyden and other true believers feel dizzy from the death blows: Prince, Tom Petty, David Bowie. A significant portion of the book seeks answers to a weighty question: What happens to classic rock when all its stars burn out?

Hyden offers several theories: we might see hologram tours; a bull market for younger bands keeping the canon alive; the dad-rockers he writes about in one chapter will inherit stadiums. The music industry also can right some of classic rock’s wrongs by bringing more diversity to the business. Ultimately, Hyden concludes, the classic-rock gospel will spread on the tongues of a devout remnant.

“Rock shows won’t be like church— a metaphor for the divine for overexcited fans—they will be church,” he writes. “Faith in that which is no longer tangible will become the basis for a small but committed community of true believers.”

Much of Hyden’s language reveals how classic rock functions like religion.

The decline of classic rock and demise of its icons made me think about the ways the Bible talks about idols. The Old Testament takes great pains to convey that idols are bound by matter and purpose. Psalm 115 dissects idols shaped by human hands. They bear resemblance to men and gods, but possess none of the stuff of life, and thus wield no real power. Isaiah 44 ravages idol worship, calling it illogical. Craftsmen use the very same materials, the prophet notes, to fashion portable gods and cook meals when they grow hungry.

Rock gods are not sculpted by artists or forged in fire, but their limitations should be obvious. They are only flesh and blood, even if that flesh is taut like Robert Plant’s in his prime or that blood flows to fingers tapping out an epic guitar solo. Hyden knows his gods are mere mortals. They defile women; they make bad solo records; they die. But as music lovers can testify, we still want to draw near to steal a little thunder and transcendence.

When a rock idol dies, a minor-key choir begins its song of perspective, reminding us that the lost celebrity was just a person like any other. This response strikes the wrong chord. Instead, we should have sympathy for those whose grief is catalyzed by the way these musicians reached inside to touch a piece of their soul. “It’s as if our own pasts are being erased,” Hyden writes. “We’re mourning not only fallen icons, but also a part of ourselves.”

Every artist imitates a God who designed men and women to be a reflection of him. Rock stars bring order to chaos—even if what they create still sounds like chaos to your mom and dad. The loss of a rock star is the loss of something good in the world, something God-ordained. We should not worship at the altars of mortals or their music, but rather give praise to the God who lent them a measure of his limitless power.

If we truly believe humanity borrows from divinity, we affirm with Hyden that rock stars pass away, but rock and roll will never die. One day, we will worship the one true God whose light never dies out. The hymns of heaven might sound different, but the song remains the same.

The spiritual enigma that was Prince 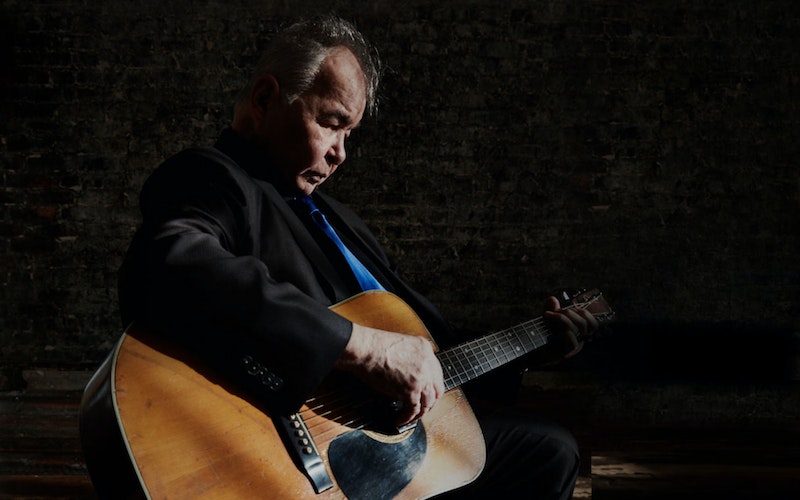