Reconciling faith and reason, with some help from the heady world of baseball statistics.

As a baseball fan, I’ve been eagerly anticipating Opening Day, which happens to land on Easter. I’d like to link the two events in another way, by considering what we can learn about faith and reason from a recent debate in the heady world of baseball statistics.

Last year’s race for American League Most Valuable Player was hotly contested in part because of a complicated new baseball stat called WARP (wins above replacement player), which claims to represent a player’s true value to his team. On the one hand, Mike Trout of the Los Angeles Angels had on off-the-charts WARP, a number that got stat geeks salivating, but left mortal sports fans scratching their heads. On the other hand, Miguel Cabrera of the Detroit Tigers won the Triple Crown, leading the league in home runs, runs batted in and batting average. This hadn’t been done since 1967, and even casual fans could recognize that this was a rare and impressive feat.

The controversy surrounding WARP (sometimes referred to as WAR) was highlighted in a recent ESPN article by Sam Miller. Miller notes that this stat is hotly debated, in part, because it’s literally impossible for average fans to calculate. Because of this, the average fan simply has to take it on faith that what the experts are telling us is so. But, asks Miller, isn’t “having faith” an irrational thing?

The answer, according to Miller, is no. He goes on to articulate the relationship between faith and reason in a helpful way: faith is not opposed to reason/knowledge; faith is a particular kind ofreason/knowledge. Far from opposing reason, Miller notes, “Faith is how we organize a complicated modern world. Faith is what you have when your doctor walks in with a syringe filled with something that could be anything and tells you that it'll keep you from getting the measles. Unless you're a doctor or a medical scientist, you don't really understand vaccines … If you can accept that you can walk into a tube built out of 100 tons of aluminum, fly seven miles off the ground and land safely thousands of miles away, you can accept WAR.”

Miller is making a point made by philosophers from Aristotle to John Locke to William James. If someone is an authority on a subject, you have good reason to believe that person. Can that person be wrong? Sure. But that doesn’t make it irrational or unreasonable to believe someone who is an accepted authority.

Now, think about the rationale of believing the Bible in general or the Easter story of Christ’s resurrection in particular. Is belief just “blind” faith, i.e., faith without any rationale or reason? No. My faith in my doctor or the airline pilot is not without rationale or reason. They are experts or authorities in their field. Christians assume that God is the authority on God. So if there is a God, the highest level of certainty we could have would be what this God tells us about himself. Now, this doesn’t settle the question of the Bible being true, but it should help settle the question of whether believing the Bible is a reasonable thing to do. 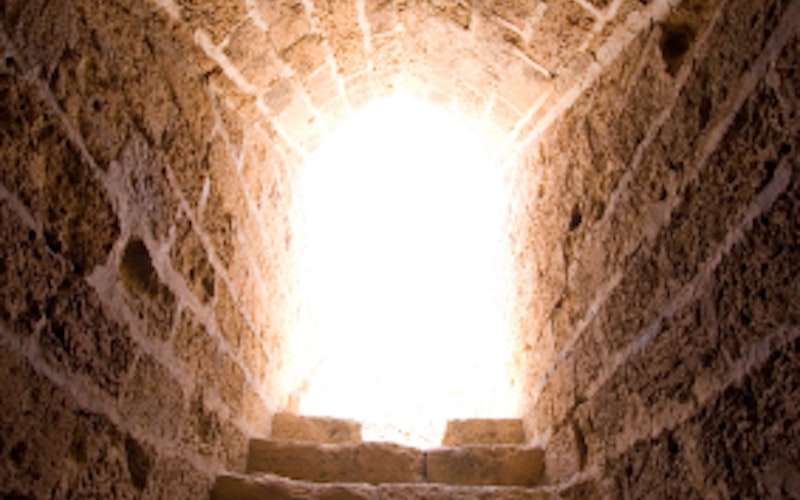