Beyoncé's Lemonade addresses hope only after she's rightly acknowledged the depths of her anger, pain and emptiness.

Not long after Beyoncé surprise-dropped her “visual album” Lemonade, our family gathered in the living room to stream it. Our kids — ages 18 to 24, including a son who is only three months into his marriage — sat with us, spellbound for the entire 56 minutes of stunning imagery and song. In Lemonade, Queen Bey has created a masterpiece treatise on grief, marriage, God and African-American womanhood. The audio-visual immersive experience consists of 11 movements, which have largely been interpreted as representing the stages of her grieving process after discovering the infidelity of her husband, Jay Z.

Throughout the film, Beyoncé doesn’t settle — personally or artistically — for focusing on only one of the stages of grief. By expressing the full arc of grief in the context of marriage, community and God, Bey’s approach is almost Biblical in its scope. As such, it’s an instructive work of art for Christians contemplating their own marriages.

While my husband and I have not dealt with infidelity, we have our own story of betrayal and reconciliation. In the years since, we’ve counseled dozens of married people only to discover that precious few are willing to submit to the depth of anger, accountability and reformation that Beyoncé and Jay Z have apparently chosen. The couples who make it gloriously to the other side of pain to full reconciliation are the ones who are willing to enter the messy, painful stages of grief.

Beyoncé addresses hope only after she has led the viewer through the depths of her anger, pain and emptiness, as well as the accountability she demands both from her husband and herself. Lemonade only embraces resurrection after we watch Sasha Fierce strut through a city street in a billowing, golden dress, smashing car windows with a baseball bat to the rhythm of a reggae backing track. Children play in the wreckage while she buoyantly belts her denial: “Hold up / They don’t love you like I love you.” In this sequence, as well as in some of the album’s explicit lyrics, Lemonade recalls the imprecatory Psalms.

Without fully entering into the hard stages of grief, too few marriages make it to the other side of reconciliation.

Too often in our Christian conversations about marriage, we jump over the frightening stages of grief to rush toward reconciliation. Often in an attempt at a false religiosity, we haven’t learned how to express anger to ourselves, let alone the people we love. Beyoncé offers us a role model. Among the most Christian sentiments in the album is the lyric: "If you try this s*#t again, you're gonna lose your wife." And four songs later — after anger, apathy, emptiness and accountability — comes reformation: “Why are you afraid of love? You think it's not possible for someone like you. But you are the love of my life.”

While there are Biblical grounds for divorce in cases of infidelity, we can celebrate the courage of couples who stay together and fight for their marriage. We can celebrate Beyoncé in her honest wrestling toward reconciliation and Jay Z in his acceptance of the accountability and love his wife offers him. In the lyric “My love is stronger than your pride,” Beyoncé acknowledges her role in fighting for the marriage, without brandishing that role as a weapon. In what is perhaps Lemonade’s most striking image, we get a close-up of Beyoncé kissing her husband’s cheek as he gazes into the camera. We, the viewers, are given the chance to look the offender in the eyes and, in return, we see a humbled and grateful expression. This is not something we expect to see on the face of the king of the rap world. In contrast to the anguish we’ve witnessed up until this moment, this quiet scene is shattering in its peacefulness.

I am grateful to both Beyoncé and Jay Z for telling their complex and painful story in such a beautiful way. They’ve become iconic in more than one sense, giving me the opportunity to say to all my kids, especially my married son, “Look at them, children. That’s the story of love and forgiveness. That’s the story of marriage.”

Tamara Hill Murphy writes at This Sacramental Life, where she encourages her readers to see God’s presence through daily practices of art, liturgy and relationships. She wrote this article with the help of her son, Alex, a high school English teacher in the Dallas-Ft. Worth area and a graduate of Rice University. 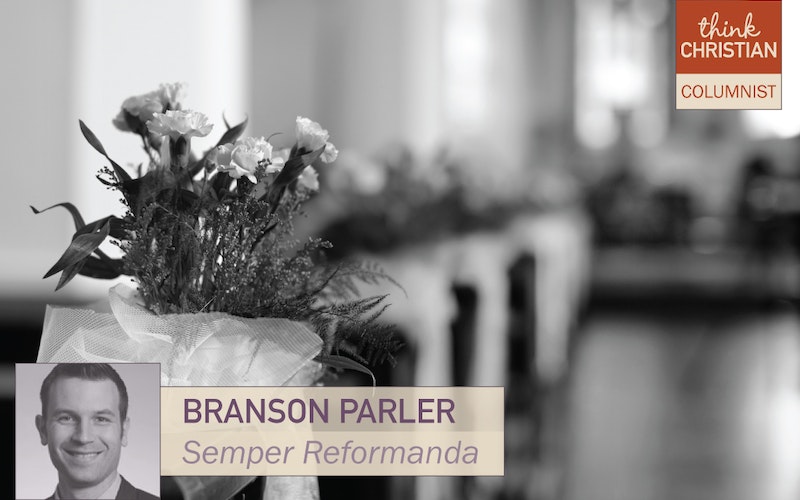