Bjork's break-up album, Vulnicura, is a muscular meditation on the tearing apart of two hearts that have become “one flesh.”

In a world of disposable pop singers, Bjork is an actual artist. Sure, she came to public consciousness as the spritely voice of The Sugarcubes and might be best known for her bizarre swan dress at the 2001 Academy Awards, but a cursory review of her 30-plus years of creative output reveals a disciplined, visionary, highly skilled artist attempting to challenge herself at every turn. With the release of Vulnicura, the Icelandic export aims her galactic talent at one of the most basic, painful, confusing and enchanting of human experiences: love, and the loss of it.

I’ll admit, I’ve often left a piece of Bjork’s music feeling that it was interesting, odd and probably a bit too smart for me. Suffice it to say, her songs are not always the most accessible. I suspect, however, that she is more concerned with creating artistic works than rewarding a certain investment from an audience. That she hums at a different creative frequency could only be seen as a flaw by people obsessed with musical snack food. Her musicality, including intricate string arrangements and some of the earliest and most effective electronic music experiments, are entirely different from anything we’ve heard on the radio … ever.

On Vulnicura, however, Bjork decided to tackle the universal conundrum of heartache by becoming disarmingly personal and direct. The entire album explores the inner pain that accompanied the end of her long-time relationship with American artist Matthew Barney. There are no cosmic contemplations to be found here, just painful and insightful reflections on how powerful the bond of love is. While many pop artists minimize the significance of sexual bonding and the community it can create and destroy, Bjork instead meditates on it. She explores her own wounds, searching for meaning and capturing the swirling, disorienting, piercing qualities of fractured community, both through her lyrics and her occasionally overwhelming musical arrangements.

Vulnicura is a muscular meditation on the tearing apart of two hearts that have become “one flesh.”

Vulnicura features an array of intricately composed violins, violas, cellos and basses that are punctuated - almost confrontationally - by electronic drum loops and samples. The effect is as hypnotizing and enveloping as any of Bjork’s more experimental work, yet far more welcoming. She wants the listener to understand what she is saying and why she is saying it. That has not always seemed true of this relentlessly avant-garde artist. The result, while still nowhere near commercial, is certainly some of her most satisfying and impressive work.

If there is a spiritual perspective here, it is the universal understanding that humans are designed to fit together physically, emotionally, spiritually and socially. We long for the kind of intimacy that most pop music insults with its emphasis on easy sleaze. The sacred connection that sexuality offers is so powerful it can bring new life into the world. Yet sometimes - through sin or a missing of the mark of what love and sex have been designed to accomplish - the community that is created through intimacy is torn asunder and everyone involved feels the loss. The process reminds me of Jesus’ teaching on marriage in Mark 10. Vulnicura is a visceral and muscular meditation on the tearing apart of two hearts, souls and bodies that have become “one flesh.”

Bjork offers no simple answers or antidotes to this pain, only fellowship. I suppose one could consider the melodic and lyrical lift of the closing song, “Quicksand,” to be as close to a happy ending as Bjork’s commitment to artistic truth will allow her to offer:

Vulnicura is a beautiful, challenging, heartbreaking and highly accomplished piece of work, one that speaks a critical truth about our longing for communion and the devastating pain that sin and brokenness cause. 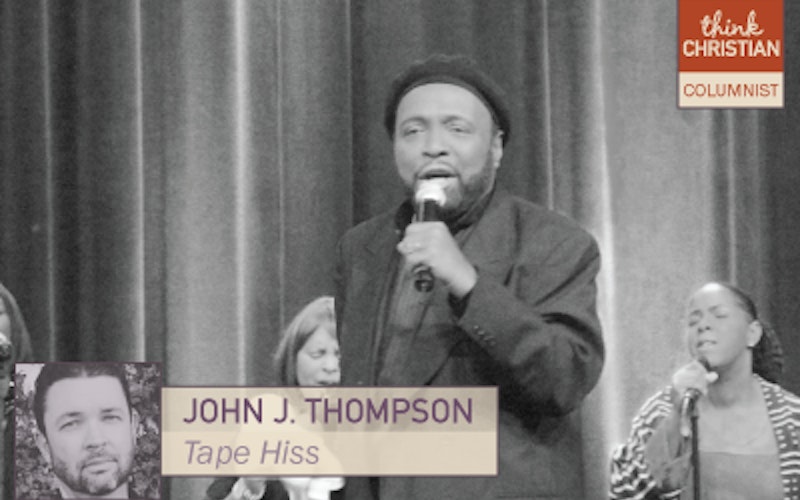