"We want to make Walt White a truly bad guy. He’s going from being a protagonist to an antagonist. We want to make people question who they’re pulling for, and why."

That’s Breaking Bad creator Vince Gilligan, quoted in USA Today. AMC’s critically acclaimed drama about a high-school chemistry teacher turned meth dealer airs its final episode of 2012 on Sunday. This marks the halfway point of its fifth and final season, which will conclude next summer.

Gilligan has also said he wants to transform Mr. Chips into Scarface. At this point, he’s clearly succeeded. We first met Walter White, played by Bryan Cranston, as a mild-mannered chemistry teacher. By Season 5, he’s a hardened criminal, willing to do anything to protect his illegal enterprise.

Murder, crystal meth, a main character on a path to destruction - why would a Christian want to watch this? Unlike many shows and movies, which glamorize or make light of evil, Breaking Bad reflects a deeply Biblical understanding of sin and its consequences. Gilligan, who calls himself an agnostic, has described his personal philosophy this way: “I want to believe there’s a heaven. But I can’t not believe there’s a hell.”

Breaking Bad reflects a deeply Biblical understanding of sin and its consequences.

As I’ve reflected on the show, I keep returning to the Psalms to describe its wisdom.

Blessed is the man who does not walk in the counsel of the wicked. (Psalm 1:1) The Psalms open by describing the “blessed man,” who avoids all contact with evil. When friends ask me for the message of Breaking Bad, I reply, "You can’t be just a little bit evil.” Walt begins with the best intentions: to pay for his medical treatments and leave an inheritance for his family. Who could argue with these?

To reach these goals, however, Walt turns to crime. At first, he says he’ll make just enough crystal meth for his financial needs and avoid “truly evil” behavior. He quickly becomes complicit in murder, fraud and organized crime, eventually becoming someone who frightens even fellow criminals.

Teach us to number our days aright that we may gain a heart of wisdom. (Psalm 90:12) The show’s first episode features Walt’s 50th birthday party, his diagnosis with terminal cancer and his wife Skyler (Anna Gunn) learning that she’s pregnant. This would be a lot for anyone to deal with, but it soon becomes clear that Walt has given little thought to his legacy, except to resent friends and family who have enjoyed greater career success. When confronted with mortality, he immediately begins plotting to obtain wealth and power, with little reflection on what other values or memories he’ll pass on.

In his pride the wicked does not seek him… He says to himself, “Nothing will shake me.” (Psalm 10:4a, 6) In some ways, the whole series has been about Walt’s pride. In Season 1, estranged friends offer to pay for his treatments in full. Rather than admit that he needs help and humbly accept their gift, Walt wants to rely on no one but himself and continues to cook meth. In this final season, Walt’s pride has reached new heights. He doesn’t want to “merely” beat cancer or provide for his family: he wants wealth, power and respect, and he ultimately doesn’t care about anyone other than himself. Like the hubris of Greek tragedy, I suspect that Walt’s pride will ultimately be his downfall.

While my love for Breaking Bad should be apparent, I'm nonetheless grateful that it's not my sole source of entertainment and moral education. We need positive examples, not just negative ones - heroes we can root for unreservedly, characters we can admire without feeling guilty. Even the few "good guys" on Breaking Bad - I'm thinking in particular of Hank (Dean Norris), Walt's brother-in-law and a DEA agent - are filtered through the twisted perspective of the morally corrupt characters. As part of a balanced media diet, though, Breaking Bad offers a bracing wisdom equaled by few other shows. 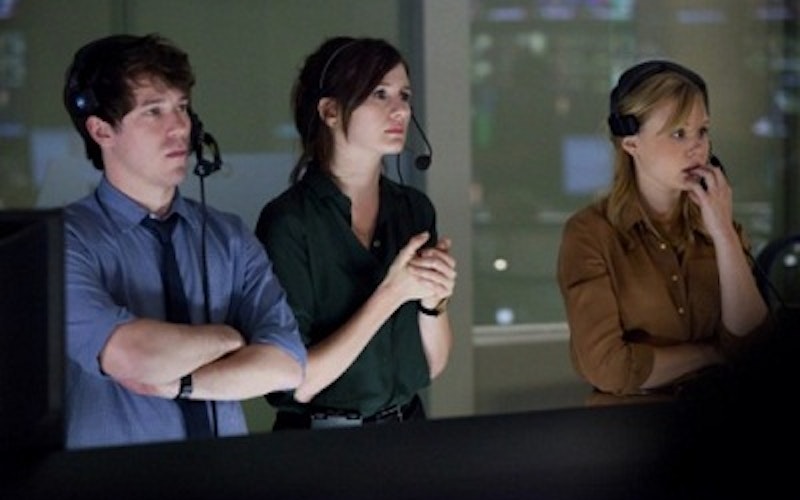