What can churches learn from comedians who create an atmosphere of invitation and inclusion?

I’m a big fan of comedy. The schedule on my DVR will tell you that when I want to relax at the end of a day, a sitcom or sketch show or comedy talk show is where I’m likely to turn.

A few comments from comedians I appreciate lately have gotten me thinking about how the comedy I like the most creates a sense of relationship and community. It makes me, the audience member, feel like a friend and an insider. One example of this feeling is a Comedy Central show returning for a second season at the end of June: The Meltdown with Jonah and Kumail. The Meltdown is a televised version of a weekly comedy show that has been taking place since 2010 in the back of a comic book store in Los Angeles. Something I like about the show is the way it combines footage of the performances onstage with clips from backstage, where comedians are hanging out before and after their own sets, chatting with producer Emily Gordon and hosts Kumail Nanjiani and Jonah Ray.

In an interview last year, Gordon compared the feeling of community she tries to build at these shows directly to church (among other experiences) and elaborated on how she establishes that feeling: “We tried to make the show feel like you’re included in this thing where you knew what was going to happen but, within that, anything could happen.” She attributes much of this feeling to the rituals of the evening, which can also be an important element for a church service. I suspect some of that effect also has to do with the warmth between the people involved as well. The show doesn’t emphasize Gordon and Nanjiani’s marriage often, but another thing I appreciate about it is their genuine affection for each other (in contrast to what sometimes dominates in the “take my wife – please!” tradition of standup comedy).

Church can inspire a similar feeling – when it’s doing its job.

I saw a similar motive at work when Grace Helbig spoke about her YouTube channel and new talk show on the E! network: "I want the audience to feel like they're there with us. They're invited over, they can come hang out." The set of The Grace Helbig Show is made to look like the inside of her home, which does create a feeling of an afternoon hangout. She regularly addresses the camera directly and responds to tweets and comments from fans.

Both of these interviews made me think about how the church can inspire a similar feeling – when it’s doing its job. A feeling like everyone who shows up is included, invited and part of things. I wrote about this feeling through comedy before, when I saw God’s grace through community in a daring 2012 standup performance given by Tig Notaro, in which she bluntly shared her cancer diagnosis. I still think communal comedy is a way God strengthens us and our relationships and shows us grace. We have different ways of trying to make our worship services work this way, including rituals that make the experience feel predictable and homey. Many of our traditions have specific rituals to welcome and include each other, like a designated time to greet each other.

Of course, rituals can work both ways. One person’s familiar and predictable can be another person’s foreign and confusing or forced and strained. One question I am asking myself, after reflecting on these interviews, is what my congregation can do to make our services feel more like an invitation. Can we help each other feel included in an engagement with God and God’s people the way these comedians help audiences feel included? How would it be similar? How would it be different? 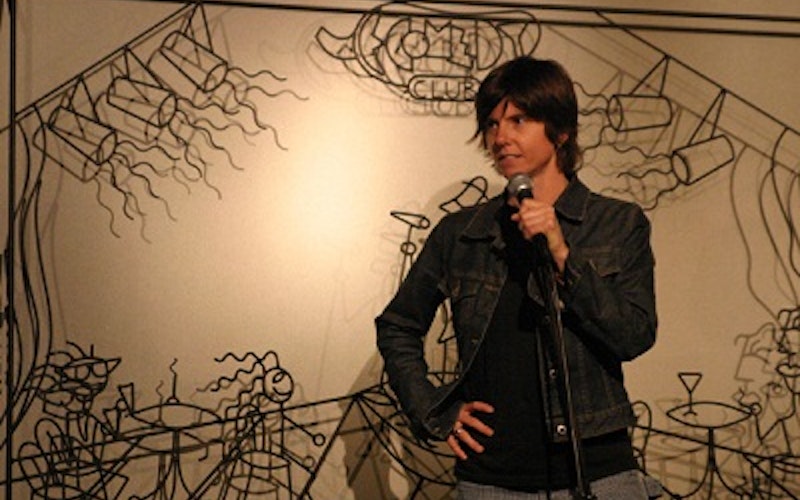