I won’t defend reality television as a quality genre of tv, but I will admit freely that I occasionally enjoy watching it. Especially as a roommate bonding activity. Though I don’t generally watch television for edification (everybody needs to space out once in a while), I occasionally am surprised to find some anyway. 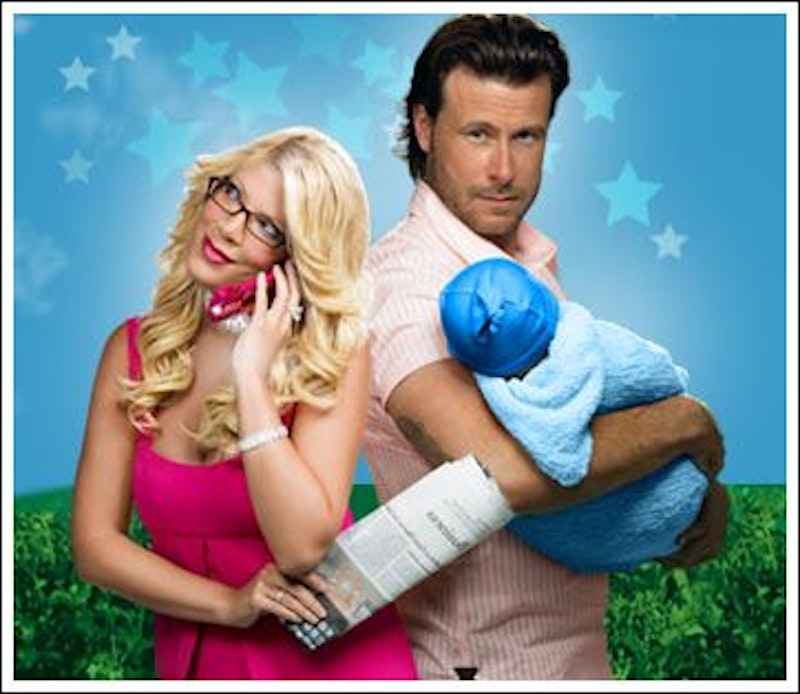 I’ve seen a few episodes of the new season of Tori and Dean: Home Sweet Hollywood. This series follows the lives of Tori Spelling and Dean McDermott and their two young children. I actually was not previously a huge fan of either of these people, and I know there’s a lot of editing in these situations, but I like this show. What I especially like about it is that both Tori and Dean are really relatable, flawed, human characters. Even though some of their activities are kind of opulent and ridiculous in a Hollywood kind of way, some of Tori’s worries and reactions especially are things I recognize from my own life. It’s kind of comforting to see your own struggles (and sometimes neuroses) in other people as well, whether or not those people are rich or famous. Perhaps this appeal explains the popularity of Bravo’s Real Housewives series as well.

Something I’ve grown to appreciate about Tori and Dean in particular, though, is the loving way that Tori and Dean treat each other.  For example, in a recent episode, Dean was offered the lead in a TV movie that filmed during the time they were scheduled to move into a new house. Leaving Tori (ok, and her friends and hired help) to move the entire home and care for the children was stressful for her. Watching them negotiate each other’s personal and professional needs in this situation was kind of inspiring. They were both aware that people need to make sacrifices to make relationships work, and were willing to consider a variety of possibilities. Ultimately, Tori said to Dean something like “No, you need to take the job. I’m stressed about it, but things like this happen in life.”

I think it’s really unusual to see couples deal with these questions in a respectful, loving, direct way on television.  In fact, it’s rare I see a married couple on TV that makes me think “yeah, that’s the kind of relationship I want.” Most men on TV are relationally and domestically incompetent (I’ve taken to calling this Sitcom Dad syndrome), and women are often passive aggressive or nags or both. They don't represent people I want to be or be in relationships with. Sometimes I feel like couples on TV, “real” and fictional, could use some training in interpersonal communication.

I think examples like Tori and Dean are a great reminder that God sows his grace indiscriminately, and sometimes people who aren’t even Christians can show us what it means to love each other and to try to do what’s right in a relationship. There are plenty of things about Tori and Dean’s life that I do not envy or desire, but I’m grateful for the opportunity to see things I do want to appreciate and emulate. Especially after the heavily-publicized relational struggles of other reality tv couples like John and Kate (see the TC thread on that too) it’s good to see that fame doesn’t always corrupt relationships, and pictures of God-given love and patience show up in unexpected places.