On Ode to Joy, the band explores a spiritual state that runs deeper than simple happiness.

Jeff Tweedy rarely sounds happy. The Wilco frontman—responsible for the line “I shake like a toothache / When I hear myself sing”—carries a tune as if he’s bearing the weight of the world. When a smile enters Tweedy’s voice, it’s typically a weary one.

Yet Tweedy and Wilco never seem less than joyful. Their work beautifully rests on the tangled nature of our inner lives. Tweedy knows we bundle feelings, memories, and experiences. Recognizing this coexistence allows him to preface a sentiment like “I’m always in love” with the words “I’m worried.” He feels free to live in the middle of regret, self-loathing, and gratitude, bending them together into a love song with a decidedly unsentimental hook: “I’ve got reservations / About so many things / But not about you.”

“Nothing is simple, nothing’s just one emotion,” Tweedy said in a 2014 interview with The Quietus. “I don’t think anybody ever has one emotion at one time.” That idea rings loud and clear through Wilco’s latest, Ode to Joy. The title itself reads like a crooked smile. Tweedy and his bandmates acknowledge their place as those who relish the goodness in the world yet remain skeptical of it. Wilco never expresses just one emotion at a time, creating a sensibility as complicated as joy itself.

Musically, Ode to Joy keeps company with the minimalist vibe of recent Wilco records and Tweedy solo joints. Tweedy’s soulful murmurs and loping guitar carry most of the songs, yet his bandmates weather and shape his presence with subtlety and grace. Glenn Kotche’s drums set the table for leadoff track “Bright Leaves.” As the song scratches its way to something like momentum, Nels Cline’s guitars are more suggestive than assertive and John Stirratt contributes a stair-step funky bassline.

As the record advances, Tweedy wrestles slippery topics. “Before Us” tries to assess the messes handed down by previous generations, then questions whether we’ve made anything better. “One and a Half Stars” reminds us that Tweedy is one of our wisest, most vulnerable songwriters on the subject of mental illness: “I’m left with only my desire to change / So what? I stay in bed all day / I can’t escape my domain."

“Everyone Hides” gets tangled up in the shades of blue within each one of us, while “White Wooden Crosses” spins out a sad daydream as Tweedy wonders what life would be like without a loved one. “I asked myself, ‘How would I let go’ / And a thought appeared like a morning dew / And my blood ran cold ... As these sad ideas passed through.”

Wilco never expresses just one emotion at a time, creating a sensibility as complicated as joy itself.

Some writers put their dread to paper, believing if they set their worst fears free, they won’t come true. Tweedy writes what he already knows, as one who has endured creative turmoil, survived addiction, and come through his wife’s bout with cancer with his family intact. Yet when he sings of these circumstances, he never sounds fatalistic or defeated. Part of this quiet coup comes in his ability to put one musical foot in front of the other. Tweedy owes much of it to the support of his band. Cline’s guitar deeply sighs in one moment; in another, it crackles with the sound of coming alive. It even approximates the sound of breathing in new morning mercies. On “Love Is Everywhere (Beware),” his guitar and Kotche’s drums sound out perseverance, like the force inexplicably propelling Tweedy out of bed in the morning and setting his feet on the floor.

Christians struggle to parse out the difference between joy and happiness. Encouraged, rightly and biblically, to pursue abiding joy, we nevertheless often sacrifice happiness on the altar of piety. The serious Christian, we are conditioned to believe, has little use for anything so fleeting and flighty. We should reject this falsehood and treasure happiness as a gift of God when and where it might be found. Joy, however, is something even deeper—it’s available even in the absence of happiness. The late, great poet Mary Oliver wrote that “Joy is not made to be a crumb.” However Oliver defined joy, she clearly recognized it as something meant to sustain us, a feast and not table scraps.

When we read the New Testament, we learn that joy flourishes amid all manner of feelings and circumstances. It is tied up with hope, even as we endure difficulty; it is most fully expressed in the vision of redemption which carried Jesus to and through the cross. He knew joy as he saw how his suffering would perfect our faith and prove the worth of God’s reclamation project. We aren’t wrong to aim for happiness, but we’re called to live in joy.

Joy, the way the Bible describes it, carries us along like a current. It churns beneath the surface of our circumstances, compelling body and soul to keep going. Joy points us to something—and someone—of worth in the midst of decaying bodies, deferred dreams, and dismaying sin. Joy might be complicated, but it’s so good.

The joy God gives doesn’t sound that far afield from what Wilco gives voice to. Even when we fail to trust our feelings or are tossed between competing emotions, joy remains steady and sturdy. It sticks to the soul. Like a Jeff Tweedy love song, joy might sound unromantic, but it runs deep. Found in the person and gifts of God, joy colors even our darkest days. Joy changes everything. 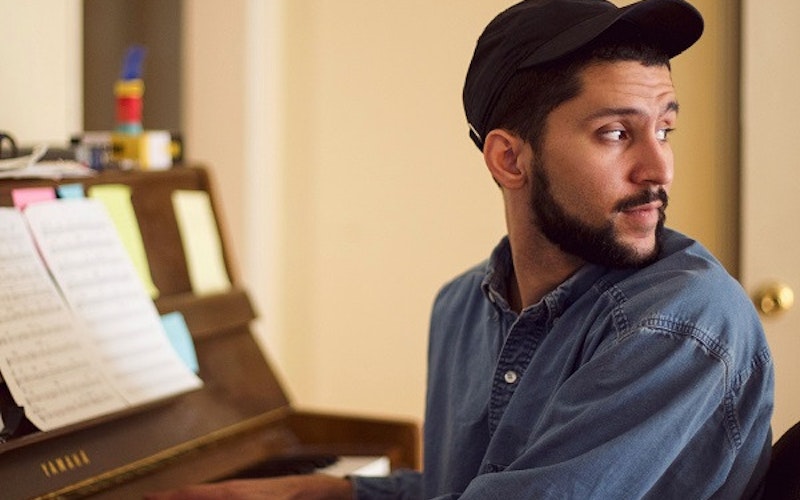 The Joy, Pain, and Complexity of Kiefer’s Happysad