Okey Ndibe’s Foreign Gods, Inc. is a painful reawakening to the woundedness of a world enslaved by commodity gods.

Okey Ndibe’s novel Foreign Gods, Inc. is the tragicomic journey of a New York cabdriver named Ike - a Nigerian immigrant desperate for wealth and willing to steal and sell his home village’s war deity statue in order to get it.

Ike’s plan is risky, reckless and culturally disrespectful; it also brazenly ignores Scriptural warnings about the love of money as “the root of all kinds of evil.” But Ike has no interest in Biblical wisdom. Nor does he give credence to the beliefs of those who see the statue as a true god (named Ngene) to be feared and worshipped. His plan is hatched out of a desire for the almighty dollar. For 13 years he’s been unhappily driving a cab, unable to put his honors degree in economics to use and gambling himself into debt in order to support a demanding wife he married for a green card. He believes his accent will forever hold him back from his dream of attaining the wealth he sees in American businessmen and celebrities.

Ike’s prideful quest for selfish gain makes him difficult to sympathize with. When he returns to Nigeria he is bothered by the poverty of his family and friends and thinks about how his plan would benefit them, but ultimately their needs are secondary to his success. Even so, his circumstances highlight the hardship many immigrants face, including the loneliness of feeling like a stranger caught between two worlds. They also speak to the brokenness of a consumerist society in which wealth is idolized and everything is for sale - including sacred things. His desperation is familiar. So is his greed.

The Nigeria Ike returns to is even more torn by religious war than when he left it. His impoverished mother and sister have been swept up by the false promises of a pastor who calls himself a Christian but acts nothing like Christ, exploiting the poor for his own income. His other relatives are faithful guardians of Ngene and shocked that anyone would worship an “invisible god.” Leaders in both camps feed off fear and promote material prosperity.

Ike's desperation is familiar. So is his greed.

Perhaps Ike’s greatest mistake is thinking he can snatch Ngene without consequence, just because he does not follow any particular religion or give in to superstition. Believers are always setting themselves apart from those with other beliefs; deities are always dueling. He cannot escape conflict, even if the “god” he reveres is wealth itself.

The deity that is tragically absent here is the Almighty God - the one who is both transcendent and immanent, who saves His children by grace alone. No character in Ndibe’s novel bears witness to serving a God like this, not even the well-known yet coercive British missionary Walter Station, whom Ndibe describes (in a 27-page historical interlude) as a temperamental leader who believes “heroic gestures” will secure his salvation.

Over the course of the novel, Ike’s plans for success shift toward his ruin. We see him isolating himself from those he loves, ignoring opportunities for generosity and taking other despairing turns. I suspect most will wish, as I did, for a character that could help make a more loving God known to him. The living Lord, who cannot be bought or sold. He wants far more for His children than earthly riches; as Scripture so beautifully says, He has even “given us His very great and precious promises, so that through them [we] may participate in the divine nature, having escaped the corruption in the world caused by evil desires.”

Ike’s journey is unique, and his course of action could even be called absurdly dramatic. But he is battling acquisitive temptations and skewed definitions of worth that plague us all. When read with this in mind, Foreign Gods, Inc. can be admired as an absorbing yet painful reawakening to the woundedness of a world enslaved by commodity gods - if we let it be.

Adele Gallogly is a communications writer for World Renew and lives in Hamilton, Ontario. To read more of her reflections on art and faith, visit her website. You can also find her on Twitter. / Image courtesy of Soho Press. 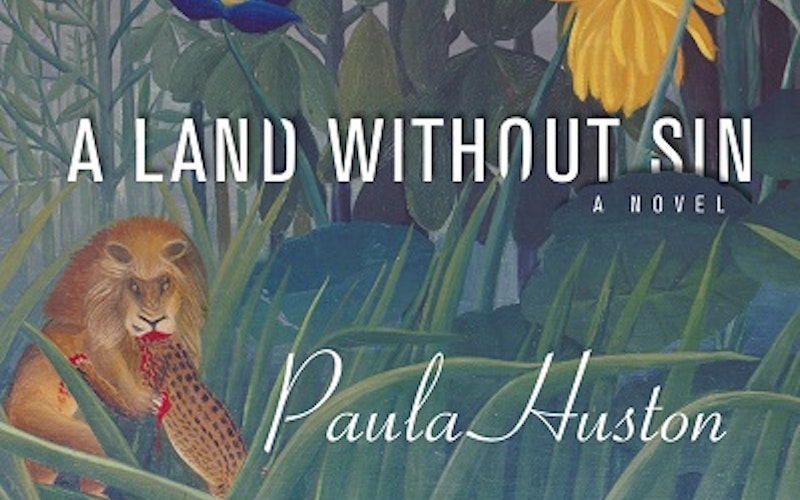 Theology through character in A Land Without Sin 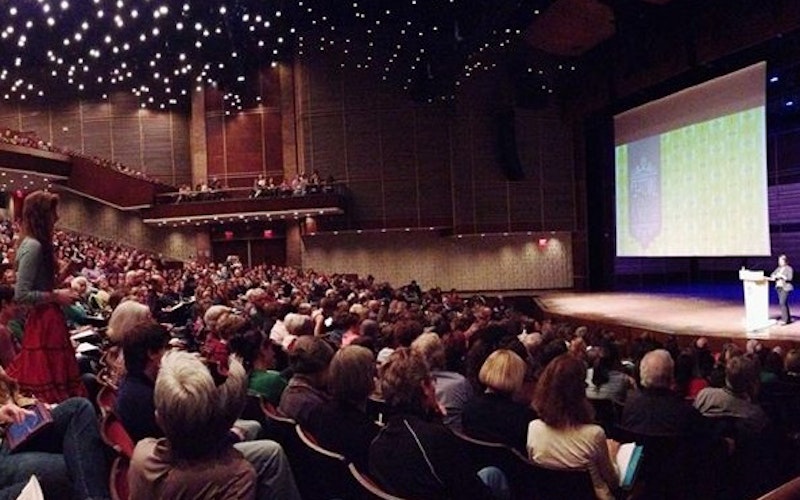 TC at the Festival of Faith and Writing