There may be no artist better qualified to serve as a plumb line for the continually evolving Americana music scene than Lucinda Williams. As such, it is no surprise that in this era of digital singles and streaming playlists, the newly independent troubadour has released The Ghosts of Highway 20, the second of two consecutive double albums. It is an excellent collection of sparse, dimly lit musical gems that breathe in the dust of life and exhale world-weary grace and candor.

After recently launching her own imprint, Williams seems to have hit a prolific streak. In fact, she has released more new songs in the last two years than in the previous 10 combined. The songs on Ghosts feel as if they are a continuation of the work begun with 2014’s 20-song set, Down Where the Spirit Meets the Bone. Yes, at 63 Lucinda Williams is most certainly in the zone. Her lyrics and her voice blend into a seamless unit that effortlessly moves from lazy and decrepit to collar-grabbing swagger. As a writer and a vocalist, she has never sounded better.

Williams’ frequent Gospel incantations are simple, urgent and utterly believable, if not resoundingly evangelical. Hers is a theology of survival, with little room for minutiae. Her world is full of users, abusers, crooks and cons, all hitchhiking through a creation gone sideways. In the background, however, the tiniest flicker of light casts off the overwhelming darkness. With Williams, the darkness and light, the spirit and the bone, the junkie and the judge, are all locked into a slow, lilting dance. As she sings these stories of pain and determination, her band crafts lush, spacious, musical backdrops. You can hear the air moving around the instruments. Jazz guitarist Bill Frisell never hits a cliché lick as he weaves his magic. If Buddy Miller and Daniel Lanois were able to become one person for a couple of hours, they could not create anything better than what Frisell pulls off here.

Williams' world is full of users, abusers, crooks and cons, all hitchhiking through a creation gone sideways

It’s no surprise to find the songs here wavering between utter darkness and non-denominational Gospel light. Such has been the case for Williams since the very beginning. Rarely, though, has one of her albums been as relentlessly bleak as Ghosts. Even the eschatological blues stomp “Doors of Heaven” paints Heaven as little more than the final destination for a world-weary pilgrim who just can’t take any more that this world has to offer. Broken relationships, pointless religious superstition, addiction and even suicidal ideations are dreary clay in this master’s hands. The resulting body of work, however, is doggedly redemptive. Her voice creeks and groans as it simultaneously catalogs death and celebrates life. Her most desperate contemplations of her own mortality ring with echoes of future glory.

The near 13-minute closer, “Faith and Grace,” sums it up well. “When it seems like every door is locked,” she sings, barely above a whisper, “he will always hear you knock. You will always be standing right, when you’re standing on the rock.” Frisell’s lead electric guitar slithers through caverns of tone at a lethargic pace. It’s no barnstormer, to be sure, but more of a gothic mantra, chanting the essence of the first few verses of Hebrews 12 and plenty of Psalm 40 over and over again, just begging to be believed. “A little more faith and grace is all I need to run this race.”

Sometimes the Good News is really that simple. 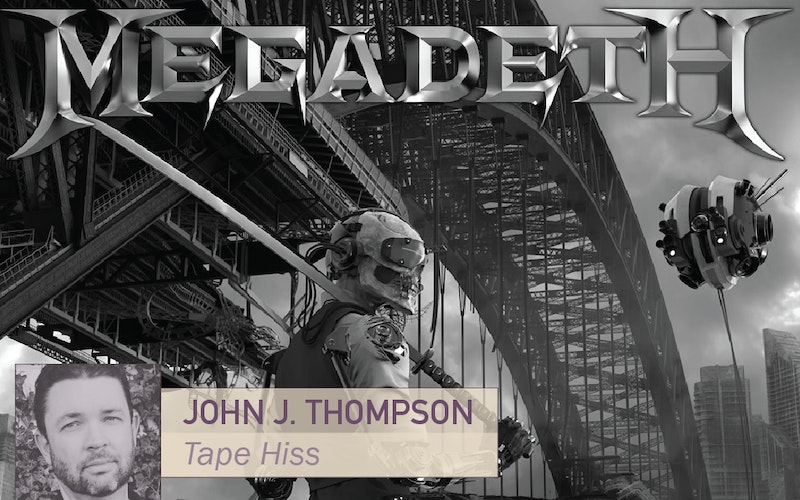