I spent last week on the warm and windy streets of Austin, Texas, which was the epicenter of all things music and tech as the South by Southwest conference blew through town. Tens of thousands of music and tech professionals converge on this event every year to be a part of the ongoing discussion about where music is going, how technology is involved and what is likely to be the “buzz” of the next year. Thousands of artists play on hundreds of stages throughout the city. I’m surprised I didn’t find a pop-up venue in the local emergency room. Everywhere I turned there were musicians, industry folks and hard-partying spring breakers going completely bonkers.

For the most part it seems that Christians approach SXSW in one of two ways. Some come as artists just trying to have their work evaluated, considered and respected alongside their mainstream peers. This contingent is strong, including chart-topping Christian rapper Lecrae, hardcore metal band Close Your Eyes, up-and-coming hip-hop poet Propaganda, Sixpence None the Richer lead singer Leigh Nash and a slew of believers whose musical fare is strictly limited to the mainstream. The other Christian contingent consists of a small handful of earnest believers approaching SXSW with evangelistic zeal and a seeming belief that they are entering Sodom or Gomorrah on a mission trip. They’ve got poster boards, tracts and ambition to spare.

It’s too bad that there aren’t more Christians engaging holistically in the conversation happening at SXSW each year. There are moments of inspiration to be found all over the streets of Austin. As raucous and hedonistic as much of the event is, there is also a pervading search for purpose that pulses just underneath the surface. Every year I am surprised by not only how much I learn about the emerging technologies and business models that will likely come down the pike in the next year, but by how many musicians, filmmakers and even app developers are truly trying to find a vision for work that matters beyond the hype.

There’s no need to trick anyone, or to preach at them. Just being in the room is often enough.

Although I have no idea what their spiritual or theological perspectives may include, one standout has been the California band Dawes. Their simple yet truly excellent musicianship and classic songwriting recalls The Eagles and Jackson Browne. Their heartfelt and soulful lyrics reach into the human experience with a hand full of grace and an offer of commonality and hope. When I hear them sing “A Little Bit of Everything,” it is all I can do to not start weeping in public. This is music that touches the heart, that feels like being wrapped in the arm of a good friend. Frequently it plays like the confessions and prayers of a young King David as he searches the heights and the depths for the fingerprint of God.

I was amazed at how open - even hungry - complete strangers were to talking about the Big Issues with me last week. Music seems to have that effect on people. God, church, politics, love, commitment and responsibility all came up more than once. It seems to me that the kind of people who are willing to travel to Austin to be a part of this larger conversation about the future of music are also open to all kinds of other discussions as well. There’s no need to trick anyone, or to preach at them. Just being in the room is often enough. Once a sense of community - even just a whiff of it - is established, they start asking me the tough questions. I love it. Music can soften the heart, or harden it. It can move troops to war or calm a savage beast. This is a powerful commodity God has blessed us with, and I hope we use it well.

“JJT” has been chasing the thread dangling between eternal truths and temporal creative experiences for nearly three decades. For more of his coverage of SXSW 2013, including industry trends, concert reviews, new music discoveries and his reflections on Dave Grohl’s Sound City film and concert, check out his blog at www.33andaThird.net. / Photo of the Mavericks by John J. Thompson, with illustration by Jerod Clark. 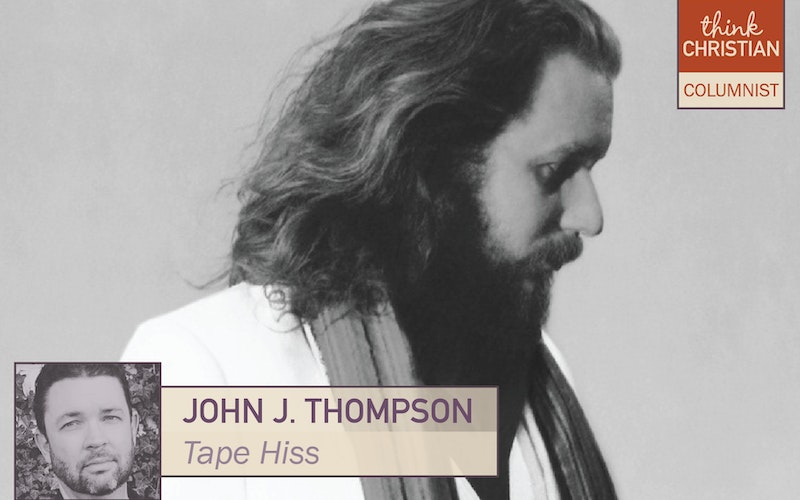