Given that they can function as vehicles for compulsive spending, should free-to-play games be avoided by Christians?

I got hooked on a little iOS game last week that made an unexpected impact on me. Fallout Shelter is mostly a promotional product, put out by Bethesda to tout their upcoming blockbuster Fallout 4, yet it’s left me wrestling with ideas about right, wrong and the value of entertainment.

Fallout Shelter is a base-building game - the player manages and expands an underground vault full of cute, cartoony people in the aftermath of nuclear apocalypse. You must provide your little wards with food, clean water and power. There’s very little skill and only a bit of strategy involved: you check in two or three times a day, move them around and then leave.

The reason the game is noteworthy, however, is that it’s free-to-play. For smartphone users around the world, “free-to-play” is synonymous with “addictive.” Games of this sort vary widely, but they generally share several key characteristics. First, as the name implies, people can start playing them without paying anything. Second, most of these games are quite simple to play (although there are notable exceptions). Third, they all allow for in-app purchases - that is, the player can buy stuff within the game.

And here is where the format gets downright diabolical. A free-to-play game like Clash of Clans, for instance, is easy to pick up and start playing: you collect money, build military units and go to war. But most of these games are built to encourage easy entry. Then they become frustrating enough that paying to speed up the process or accentuate the experience is very tempting.

This may sound benign. Nobody forces a player to pay anything, and the idea of paying for entertainment is pretty normal. The problem is that these games are clearly designed to encourage compulsive spending, often in ways that are based on B.F. Skinner’s research done on rats and food rewards. And it works. A “freemium” game like Clash of Clans pulls in more than $1 million a day. Some players only spend a little once in a while, but the industry also relies on “whales,” big spenders who can drop hundreds of dollars at a time.

Should a Christian avoid free-to-play games in the interest of the problem players?

And so we come to the theological crux of these games. Shouldn’t we condemn them? They seem to function as entrapment for some players. They rarely have creative or clever or novel game mechanics. They’re no pieces of art. This should be an easy call for a Christian to make, right?

The problem is, whether I like it or not, millions of people seem to legitimately like these games. As a gaming snob, I can sniff that “there’s no accounting for taste,” but spiritually speaking I don’t see Biblical grounds for saying that one person’s game standards should trump another’s.

The addiction issue is a little trickier. While there are certainly some who are coerced into spending large amounts, the vast majority of free-to-play gamers actually pay nothing for their games. Do those free players waste time on the games? Some do, certainly, but not all of them. In other words, as with alcohol or gambling, there are many people who can use free-to-play games responsibly. Still, should a Christian avoid free-to-play games in the interest of the problem players?

When it comes to such questions, I think of Paul’s concept of Christian liberty in 1 Corinthians 8. Paul says there’s nothing inherently wrong with meat sacrificed to idols that represent nonexistent gods. Yet since some believe the gods are real, Christians need to be careful that eating that meat doesn’t lead others astray. Likewise, I don’t think alcohol is inherently bad, but I’d never knowingly drink around an alcoholic. And it’s the same thing here.

As a traditional, elitist gamer, I think most free-to-play games are artistic travesties. But spiritually speaking, I don’t see them as a no-go zone. If that’s what you like to play, then you can happily ignore me and play on - provided you’re not feeding someone else’s irresponsible spending habits.

Now if you’ll excuse me, I have some neglected vault dwellers to check on… 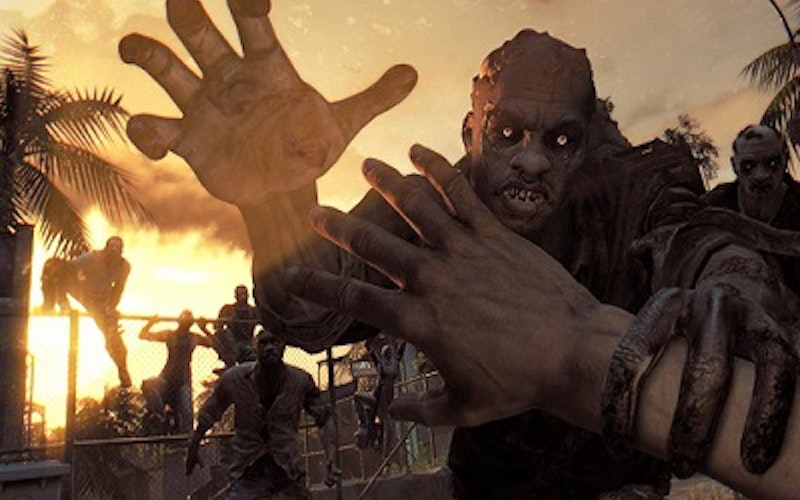 Dying Light and the limitations of violence