In embarrassingly equal measures, I’ve been thinking a lot about both temptation and the New England Patriots’ receiving corps.

These thoughts were unrelated at first. It all started when my church spent the summer digging into the seven deadly sins, a topic I hadn’t thought about since 1995 when I, alongside Brad Pitt, discovered what Kevin Spacey put in that box.

This preaching series traced the origins of the list as a helpful and practical self-evaluation tool, a means by which to check your heart for deeply entrenched vices. Every time I assumed the sin of the week wasn’t a temptation I struggled with, I discovered I was wrong once its real-world manifestations were unpacked.

As the study wrapped up, my fantasy football research kicked in. This is my 13th year of drafting real NFL players onto a virtual team. Their actual statistics become points for me in head-to-head matchups with other teams in my imaginary league. I love fantasy football.

At the same time, I’ve noticed that fantasy football - like anything else in this broken world - can get twisted. It’s not that the hobby is inherently evil or harmful, but - let’s face it - anything our humanness touches takes on a stink.

In fact, while skipping back and forth from an article about sleeper picks for this year and a self-evaluation tool based on the seven deadly sins, I realized I can exhibit almost every one of these seven vices while playing this game I love. With the exception of lust (the headline should really say “six”), here’s how the deadly sins show up on my fantasy roster:

Gluttony is not just about food. It’s overindulgence in a quest for pleasure or comfort. I have little self-discipline when it comes to fantasy football. I always think that just a little more research, one more trade, another free-agent addition or more number crunching will lead me over the top. And then, I will be happy and fulfilled.

I can exhibit almost every one of these seven vices while playing this game I love.

Greed is the inordinate accumulation of material things, status, power or security at the expense of others. I so badly want to accumulate. Two (slightly modified) questions in that self-evaluation tool nail me: Do I seek to use others, my friends, to get what I want? and Do I cheat and steal to get what I want? If I could, I would.

Pride can control me in any competition. Somehow, it becomes self-defining. It’s been said that fantasy sports are about proving to your friends that you are better than they are. That resonates. I love the community aspect of this game, but I can also fall prey to just wanting to crush my friends. Prove that I am smarter. Competition is good; less helpful is when an insecure need for validation grows into spiteful vanity.

Envy goes beyond jealousy. It’s not only wanting what someone has, it’s feeling that if you can’t have it, nobody should. It’s not only saying, “I don’t want you to have Drew Brees if I cannot.” It’s also thinking, “If I can’t win, I hope that jerk doesn’t.” Yes, I do get offended by the success or good fortune of other fantasy team owners. And I can feel contempt for those I feel are inferior. All over fake scores from fake football rosters.

Wrath flows right out of pride and envy for me. I’ll let two self-reflective questions speak for me: Am I cynical, prone to grumbling or easily annoyed in fantasy football? Do I blame others for my circumstances?

Sloth is probably the single most convicting sin on this list for me, in fantasy football or out. Sloth doesn’t equal being lazy. Heck, the sheer effort I put into researching defensive metrics is hard work. Instead, the core of this vice is spending time in a way that takes you off mission, away from commitments. It’s a refusal to grow, serve or sacrifice for others in favor of trivial things.

I am in no way saying that spending any time on fantasy football is automatically problematic. But can it get excessive? It’s a matter of regularly evaluating if you are, say, delinquent in finishing an article you promised Think Christian in order to do a tedious amount of research on whether or not to trade Julius Thomas for T.Y. Hilton.

Todd Hertz (@ToddHertz) is the General Editor of The Quest Study Bible for Teens (Zondervan) and Communications Director of Chicagoland's Christ Community Church. / Screenshot via ESPN. 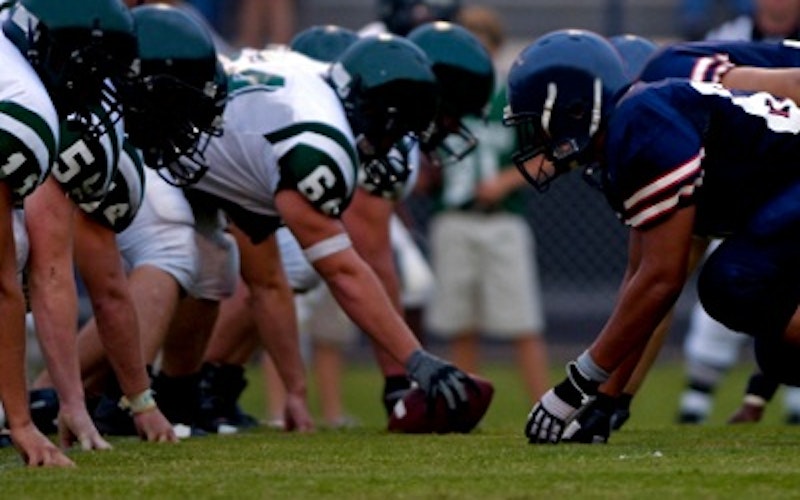