The Middle has always been great - and criminally underappreciated - but this season the show has outdone itself with Brick’s debut on the dating scene, Sue’s quest for college and Frankie’s disastrous home-improvement schemes. If we weren’t laughing so hard, all of us struggling to make it in the narrowing middle class would surely have to cry.

When this premiered, my assessment was: too many characters, too much effort to be stylized. I’m glad to say I was wrong. Brooklyn Nine-Nine is a gem, especially because of its pacing and Andy Samberg’s unique comic energy. Andre Braugher’s deadpan performance makes me glad to be alive.

This HBO miniseries based on Elizabeth Strout’s novel was a masterpiece of the limited-run format. Frances McDormand was heartbreaking as a wife dealing with depression and jealousy over decades of relationships in a Maine town. Her paradoxical search for accommodation with the hopelessness she perceives at the heart of things cut to the quick of the human experience without ever becoming symbolic or typological. Director Lisa Cholodenko and writer Jane Anderson keep their portrayal rooted in beautiful specifics, allowing the viewer’s empathy to fill in the vast universe of meaning around their snow-globe series.

The new crop of comic-book dramas is catnip for my inner teenager. Just the right amount of wit, inventive villains, serialization and heroes who have plenty of fun in between attacks of angst. The Flash has loaded on the fan service, with crossovers and references to distant corners of the labyrinthine DC comics universe. But I am even fonder of the scrappy Agents of S.H.I.E.L.D, which overcame a somewhat slow start with a rousing Captain America: The Winter Soldier tie-in and has kept the pedal to the metal ever since. Full disclosure: my phone’s lock screen is the S.H.I.E.L.D. eagle logo. I’m all in.

Full disclosure: my phone’s lock screen is the S.H.I.E.L.D. eagle logo. I’m all in.

This is the sleeper, the truly great sitcom that gets almost no respect because of its network (CBS) and its format (traditional, with laugh track). I’d watch Anna Faris and Emmy-winning Allison Janney read the phone book, but I don’t have to. They have an incredible premise (an adult mother and daughter walking together on the road of recovery) that their writers mine for a perfect blend of laughs and hard-won truth.

Week in and week out, the best dramatic writing, acting and editing on television. When it doesn’t leave me gasping for air, it has me giggling with sheer delight.

John Oliver’s HBO version of The Daily Show was the most rousing half hour of the week, any week it was on. This show believes that if you speak the truth with passionate subjectivity, it will make a difference. Profane and intimate, Oliver’s tirades made me feel like someone was on my side - not in the sense of a political position, but in solidarity against the venality and corruption of soulless systems. He’s Will McAvoy come to life, Howard Beale pulling his own strings.

A limited-run series inspired by Joel and Ethan Coen’s Minnesota version of a Greek tragedy? We all scoffed. Who needs it, when the original is nearly perfect already? But from the moment Martin Freeman’s desperate, henpecked husband sat down beside Billy Bob Thornton’s unhinged hit man in a hospital waiting room, I could barely sit still, so electric was the crackle of impending doom. Fargo had it all: Hitchcockian plotting, existential terror, comic relief and a profoundly moral center in the family unit formed by Allison Tolman, Keith Carradine and Colin Hanks. Faced with the worst of humanity, they refuse to conclude that life is meaningless. Never has faith been less sentimental.

Donna Bowman is a theologian and professor at the University of Central Arkansas. She has written about television and popular culture for The A.V. Club. and The Dissolve. / Fargo image courtesy of FX, with illustration by Jerod Clark. 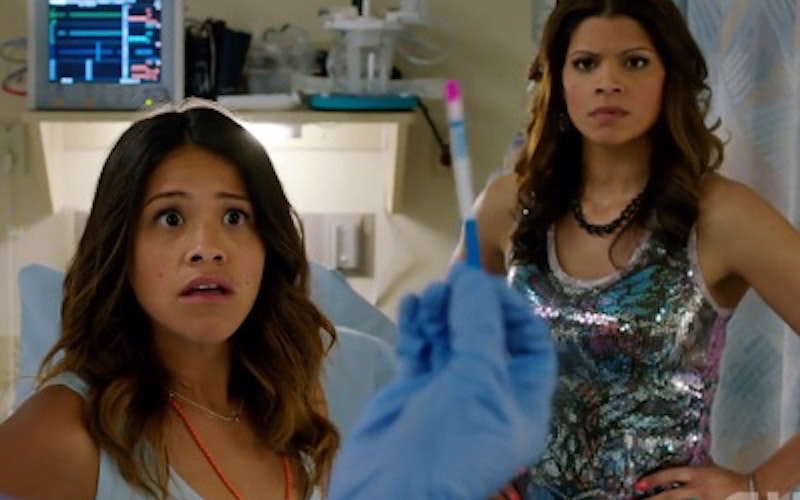