In the Spirit of Acts 2, here are five movies that evoke the mission and community of the early church.

At Pentecost, we celebrate the birthday of the church and our diverse identity as Christians. In Acts 2, the Holy Spirit descends on the disciples and allows them to speak in tongues to a crowd representing “every nation under heaven.” This diverse gathering hears the glory of God declared in each of their own languages. Through this miraculous occurrence, we are reminded that the church is made up of many communities, with varied racial, ethnic, and cultural backgrounds. We are different, but we’re one in mission.

Recognizing fellow believers across ideological or cultural divides is at once nothing new and urgently needed. As Christians, we are called to recognize the image of God and the presence of the Holy Spirit in each other, just as the early church did. As we anticipate Pentecost Sunday, we can amplify the themes of community, mission, and diversity by recognizing them in an array of different movies. Here are five films with messages that complement the lessons of Pentecost.

Guardians of the Galaxy

At Jesus’ ascension, he gives his disciples the Great Commission, telling them to “go and make disciples of all nations.” At Pentecost, the Holy Spirit empowers these imperfect human vessels to do just that. Ever since, the church has been a collection of people from every background, each of us with our own baggage, needs, and reasons for coming to the community. That doesn’t mean we always get along, but rather that we learn to care for each other in spite of (or because of) those differences.

The characters in Guardians of the Galaxy learn this lesson as they transform from individual, selfish mercenaries to a found family working for the greater good. Each of them have experienced significant pain. Peter Quill (Chris Pratt) lost his mother to cancer. Gamora’s (Zoe Saldana) family and home were destroyed by the titan Thanos. Drax the Destroyer (Dave Bautista) is blinded by rage and grief after the murder of his family. Rocket (Bradley Cooper) is the product of experiments that left him mentally and physically scarred. Their individual histories have left these unlikely heroes cynical and distrustful. When they’re brought together by an infinity stone with the power to destroy planets, they develop a bond that teaches them each to care about someone other than themselves.

This bond comes to fruition during the movie’s climactic battle, when Groot (Vin Diesel)—a giant living tree and Rocket’s best friend—sacrifices himself to save the rest of the group in the face of an impending spaceship crash. Growing his branches to envelop everyone in a giant protective ball, even though it means he will be destroyed on impact, Groot also emits illuminated spores that glow like “tongues of fire.” He then offers a communal twist on the only line of dialogue he’s had so far—“I am Groot”—to tell the others, “We are Groot.” Our heroes have gone from undirected individuals to a cohesive team with a purpose, echoing the way Pentecost moves us toward purposeful community and relationships.

A blockbuster about daredevil thieves defined by explosions and impossible stunts might seem an odd match for a church holiday. However, Fast and Furious fans know the Pentecostal concept of a diverse, far-reaching spiritual family runs deep with Vin Diesel’s Dom Toretto and his loyal group of gearhead bandits. Over the course of the series, Dom’s “family” keeps growing, with members from many geographical, racial, and cultural backgrounds who love each other like flesh and blood.

The implications of this connection really start to show in Fast & Furious 6, as Dom’s family expands to accept former adversaries as members—in this case Dwayne Johnson’s lawman, Luke Hobbs, who’s on good enough terms to make an appearance at the group’s family dinner. At that dinner, which concludes the movie, Dom and the crew have a full cookout, with each member providing a dish. Before eating, they join hands and bless the meal together, all sitting around a single table.

Fast & Furious 6 also establishes the series’s famously flexible relationship to death, a trait that also carries spiritual implications. The murder of Letty (Michelle Rodriguez), the love of Dom’s life, kicks off the series’s fourth movie. However, Fast & Furious 6 brings her back into the fold, informing us she never actually died, but was stricken with amnesia. Another beloved character, Han (Sung Kang), has similarly cheated death over the course of the series. These characters’ connection to their chosen family defies the grave, reminding us that because of our identity in Christ, we’re always a part of God’s family, even after we experience earthly death.

Won’t You Be My Neighbor

In the words of theologian and psychotherapist Danjuma Gibson, Pentecost is “God’s communication to everyone under the sun.” It’s a divine reminder that the Holy Spirit’s presence in each of us is a truth that subverts our biases and challenges us to see those who are different from us as our brothers and sisters in Christ. In The Message, Eugene Peterson translates John 1:14 as “The Word became flesh and moved into the neighborhood.” Pentecost furthers this idea by telling us the world is our neighborhood.

Few people publicly professed this idea better than Fred Rogers. The 2018 documentary Won’t You Be My Neighbor shows us how Rogers’s kindness toward others was a conscious choice to see the term “neighbor” as expansive and radical. Rogers’s efforts to see the validity and potential in everyone he met was based in his own Presbyterian faith, as well as personal experience. The doc is honest about the difficulty and constant discipline inherent in Rogers’s worldview, but also about how the simplicity of unconditional acceptance can have a legacy that lasts beyond a lifetime. When we see the world as our neighborhood, our resulting actions can move others to do the same.

In her book The Very Good Gospel, Lisa Sharon Harper writes this about Pentecost: “The power of God made it possible to have unity in the midst of diversity . . . and in the same way Jesus had broken gender and class barriers, this multiethnic, multilingual group turned its back on misogyny and economic favoritism.” At Pentecost, the movement of the Holy Spirit brought a diverse group together to embrace a new way of being human, a way of equality and social inclusiveness.

That unifying belief and sense of community was part of what powered the Civil Rights movement and one of its leaders, Martin Luther King Jr. Selma, directed by Ava DuVernay, follows the 1965 march for voting rights that resulted in the Voting Rights Act. DuVernay shows the meticulous planning and inherent danger present before, during, and after the historic march, as well as the deep commitment it took to see the mission through. As David Oyelowo’s King preaches at a Selma, Ala., church that “Those who have gone before us say ‘No more!,’” those gathered jump to their feet to respond, on fire for justice and, it would seem, pushed forward by the presence of the Holy Spirit.

The protestors’s conviction is challenged when their march is met by violence from police and area members of the Ku Klux Klan. Activists are threatened, shot, and beaten to death. DuVernay’s portrayal of Bloody Sunday is disorienting and unrelenting as her characters try to advance and scramble for safety through a fog of tear gas. But their commitment to a form of humanity that includes all people, as was present at Pentecost, keeps the group of protestors not only coming back, but growing in number and diverse representation. That sacrifice and dedication eventually lead to the protection of voting rights under the law.

In 1 Corinthians 12, Paul describes the church as one body with many parts. It’s a reflection of the Pentecostal idea that we are one in the mission to spread God’s love and transform the world through it, though we each offer different gifts. In pursuit of that mission, powered by the Holy Spirit, we establish bonds, build communities, and learn to listen to other ideas and needs.

In Guillermo del Toro’s science-fiction epic Pacific Rim, those principles help a scrappy band of heroes save Earth from giant creatures (think Godzilla) called kaiju, who emerge from a rift in the ocean floor to wreak havoc on coastal cities. An international coalition creates the Jaeger program, consisting of massive robots that are each powered by a pair of pilots who must be mentally in sync to control their craft. As kaiju attacks grow in frequency, the program’s remaining Jaeger pilots and kaiju researchers, led by the appropriately named Stacker Pentecost (Idris Elba), mount a final stand to rescue humanity.

Nobody in Pacific Rim can carry out their mission alone. For the Jaeger pilots, it’s a requirement—the machines are so powerful they require two people to handle the load. For embattled researchers Geiszler (Charlie Day) and Gottlieb (Burn Gorman), compromise and ego-checking becomes necessary to develop a plan to save the day. For most of the film, these scientists bicker about their competing theories across their cramped lab. They must put aside their differences and combine their work to finally destroy the kaiju. And it takes the Jaeger pilots to put their plan into action.

In the same way, every church community is defined by a membership that crosses cultures, strengths, traditions, and disciplines. The early Church was defined by members sharing resources and establishing relationships, which still define our mission today. For the church to be effective, each of us must use our knowledge and spiritual gifts for the greater good, even as we make space for the gifts of others.

The Bombastic Beauty of Furious 7 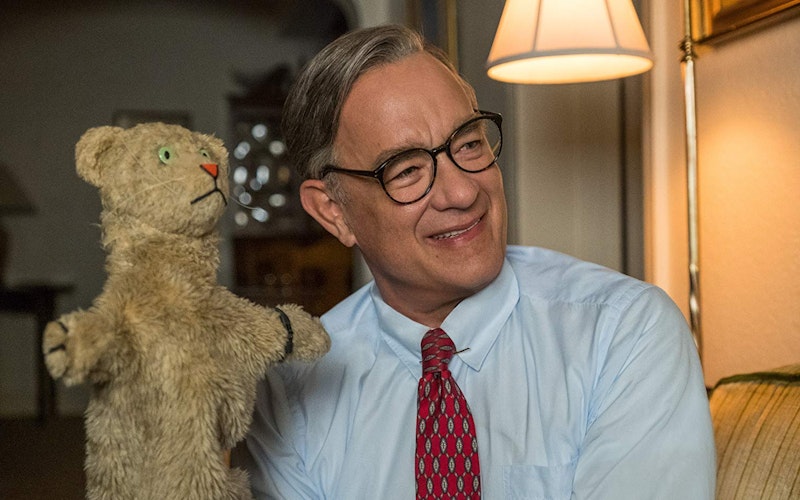