In a culture torn between free-range kids and helicopter parents, Christians can find comfort in resurrection parenting.

Earlier this summer, Kim Brooks chronicled her arrest and prosecution. Her crime? Leaving her 4-year-old son in a locked, ventilated car on a mild day while she ran into a store for five minutes. She was subsequently convicted of “contributing to the delinquency of a minor.”

The last few months have seen similar stories. As a parent of four kids under 5years-old, I sympathize with Brooks. The sheer effort of wrangling kids in and out of the car and through a store often doesn’t seem worth it. Yet as parents in the digital age, we’re constantly bombarded with ever-present dangers. My favorite recent example is “secondary drowning,” which I guess is a thing even though few people knew what it was until this summer. Why? Because it almost never happens. But thanks to cable news latching on to one recent case, it’s all over the place.

How should we understand a cultural milieu in which we simultaneously scoff at helicopter parents while calling the cops on other parents who dare step out of sight of their kids? After all, it’s not a universal given that children must have parents hovering around them at all times, as the 2010 documentary Babies revealed. And although the comedy group The Lonely Island intended their anti-risk anthem, YOLO, to be satirical, it might well be taken as a straightforward parenting manual by many in our day. We argue in favor of free-range kids, yet arrest the parents who leave the gate open.

It’s harder to trust God with my children’s life than it is with my own.

Scripture agrees with The Lonely Island that our view of what comes after this life (if anything) determines our strategy for our own life and that of our children. In Genesis, the test of Abraham’s faith is whether he will trust God with the life of his son. God asks him to offer up his son Isaac, the heir of all God’s promises, as a sacrifice. So what made Abraham willing to do so? According to Hebrews 11:19, he believed in God’s resurrection power. He believed that the same God who brought forth a child from Sarah’s barren womb could bring forth a child from a death-filled tomb. For a society that only has YOLO to cling to, paranoid and indulgent parenting makes perfect sense. If we serve a resurrection God, however, YOLO parenting mimics the servant who buries his talent in the ground. We may save our kids’ lives but lose their souls.

As a parent, living by faith is hard. It’s harder to trust God with my children’s life than it is with my own. I want to see them grow, succeed and flourish. If I’m honest, I often want to play God with their lives to ensure this. But this is where I need to recognize that the proper way to “play God” here is by imitating God the Father. We often praise Jesus - the Son - for His willingness to die on our behalf. As a parent, though, I’d rather die myself than watch my child go through the hell that Jesus went through. So when we look at the cross and think only of the Son’s love, we fail to realize the depth, height and breadth of the love of the Father. He gave His only begotten Son to bear the curse of sin and death so that we who were His enemies may likewise be called sons and daughters.

The power of the Father’s love for the Son is fully revealed to us in the resurrection - a resurrection that confirms Abraham’s faith and prefigures the raising of all those who, like the Son, give themselves and their children over fully to the care of the Father. Because we have faith and trust in a Father whose eye is even on the sparrow, we can let our children fly and flourish knowing that, from the womb to the tomb and beyond, they are held in God’s hand.

Branson Parler is Associate Professor of Theological Studies at Kuyper College and author of Things Hold Together: John Howard Yoder's Trinitarian Theology of Culture. You can visit his website at www.bransonparler.com. / Photo of child via Shutterstock, with illustration by Jerod Clark. 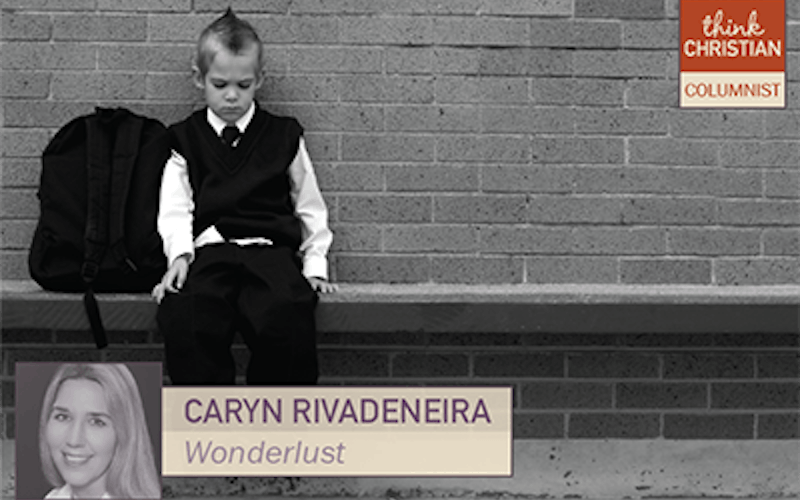 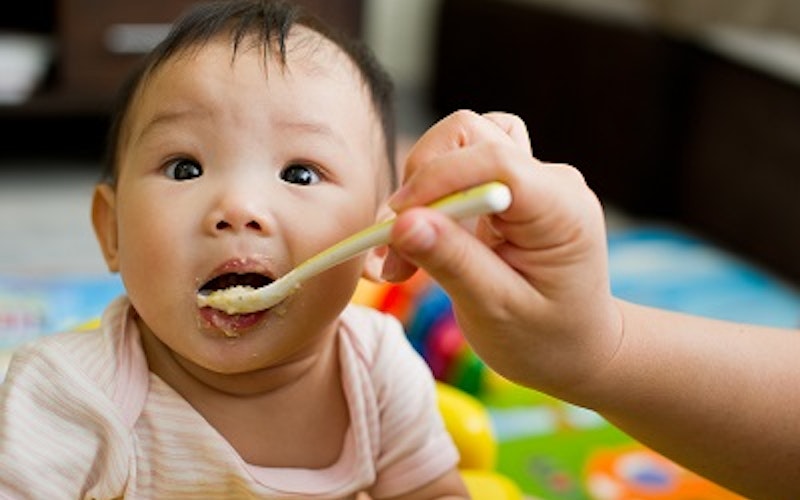 The danger in force-feeding faith to your kids