The finale salvaged an unsteady season by making space for peacemakers and the poor in spirit.

Editor’s note: Spoilers follow for the final episode of Game of Thrones.

The best scene from Game of Thrones’ series finale didn’t involve dragons, shocking deaths, or messianic rulers sitting on the Iron Throne making all things new. It came from a ragtag group of bastards and broken things (to paraphrase an episode from Season 1) hoping to do some good in the world with whatever time they had left.

The scene comes near the end of the episode, as Westeros’ new high council meets for the first time: Tyrion (Peter Dinklage), Davos (Liam Cunningham), Bronn (Jerome Flynn), Brienne (Gwendoline Christie), and Sam (John Bradley). As they settle in to business, they bicker over how to fix the war-ravaged six kingdoms they oversee. Bran (Isaac Hempstead Wright) may be the new king, but he isn’t beloved like Jon (Kit Harington) or a freedom fighter like Dany (Emilia Clarke). Instead, Westeros’ fate lies in the hands of these largely unremarkable characters who (Bronn excluded) are committed to the hard work of daily goodness. That, Game of Thrones dares to suggest, might be enough.

It’s a shocking resolution that perfectly resolves Game of Thrones as a whole, even as it sits in painful contrast to the episodes that immediately preceded it. Game of Thrones has recently featured some of television’s most epic moments—Zombie fights! Dragons! So many swords!—but those moments have progressively felt like they were gilding a show with nothing left to say. In its initial five seasons, Game of Thrones had a thesis statement about power, evil, and good. It wasn’t always easy to see, but occasionally the show’s moral fog would dissipate just enough for us to believe it was leading toward something. Game of Thrones’ execution wasn’t always perfect—the excessive nudity, handling of sexual consent, and depictions of rape smacked of a writers’ room with far too few women—but there was a sense the show had something important to say about the world at large. Specifically: if power corrupts and all humans are corruptible, what possible justice can we expect to find? I’ve long hoped Thrones would have an answer, even as the show’s recent seasons burnt through its goodwill as quickly as wildfire.

What was so discouraging about Thrones’ final season wasn’t just that it ran out of things to say, but that it seemed to find saying anything at all to be boring. Maybe this was because the show had outpaced George R.R. Martin’s source material, or maybe it was because that source material was seemingly impossible for even Martin himself to bring to a close. Maybe this world had sprawled beyond control. Or, more discouragingly, maybe this story was grappling with a moral question it could never answer: Are human beings doomed to perpetuate systemic oppression?

Heading into this final episode, I was prepared to condemn Game of Thrones for its lack of moral imagination. And so I was pleasantly surprised that in the end, the show found an answer I could get behind. One of the most remarkable—and scandalous—passages of Scripture is the Beatitudes, where Jesus makes a number of radical claims. In a series of blessings, we’re told that the poor in spirit will be the rulers of the kingdom; that the meek will inherit the earth; that those famished for righteousness will find it; and that peacemakers will be called children of God. This runs counter to everything that makes an empire like Rome or, say, the United States, function. There is no space for the meek to rule empires; those famished for justice rarely find it. In an empire, “peacemaker” is an ironic nickname for a weapon, not a virtue. In empires there are only wars, and rumors of wars. The strong in spirit survive.

At the end of the day in Westeros, an empire still rules—how could it not?—but the men and women running it aren’t longing for power. They are humbled, kind, loyal, wise, peaceful people who want nothing more than to do their jobs with virtue and to live a quiet life. They are people, shockingly, who are blessed in the Beatitudes. (Except for Bronn; the less said about him the better.)

This shocking resolution perfectly resolves Game of Thrones as a whole.

What still baffles me is that even though showrunners David Benioff and D.B. Weiss must have had this compelling end in mind, they faltered greatly in leading us there. Thrones’ finale, like every episode over the past two seasons, has been extremely divisive. The morning after it aired I endured 20 angry texts from a friend who haaated it so intensely that I wondered if we had watched different episodes. This isn’t a failure of the finale, as much as it is the path that led us there. I buy the endings of nearly every major character. I do not buy the path that led them to those points. And no character was treated as poorly as Dany.

As Tyrion sits in prison for betraying Dany, he walks Jon through Dany’s long history of violence. In a bit of metacommentary Tyrion talks about those—both within Westeros and we viewers—who celebrated Dany along the way. “Everywhere she goes evil men die and we cheer her for it,” Tyrion says. “And she grows more powerful and sure that she is good and right. She believes her destiny is to build a better world for everyone. If you truly believed that, wouldn’t you kill anyone who stood between you and paradise?”

It’s a convicting question and one that could be applied to the American church, which in some parts has aligned itself with the morally corrupt in exchange for political power. As Christians we see ourselves as the good guys, with all the righteousness that entails, but in a lust for power could we be more like Dany, or even the Pharisees—who believed they were the heroes even as they were nailing Jesus to a cross?

Unfortunately, this challenging message is blunted by Thrones’ execution of Dany’s character arc. Instead of a nuanced collapse, Game of Thrones’ final season gave Dany a bizarrely disjointed descent into megalomania that was, at best, perfunctory. Something similar happened with Jon, whose murder of Dany in the finale would have been far more effective if we had seen him struggling to trust her for the whole season, instead of for about five seconds of screen time.

When it comes to the ending of a beloved series, there’s usually the hope that the finale will live up to what came before. Ironically, Game of Thrones’ final episode worked because it corrected course. The finale also found hope for a new world in a surprisingly Christian paradigm. We leave Westeros with the members of the high council acting justly, loving mercy, and walking humbly—if not with God, then at least with each other. It’s a truly beautiful ending. It’s just a shame the show didn’t spend its final season earning it. 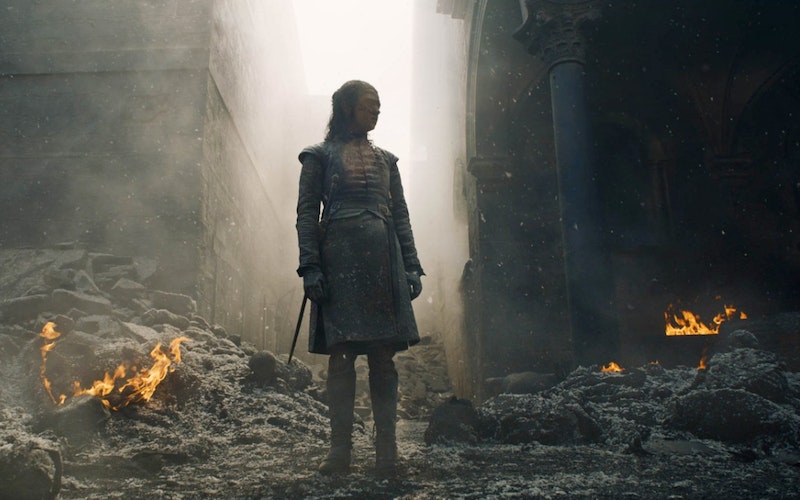 Does Game of Thrones Deserve to Die?