Christians have a particular reason to celebrate Gilmore Girls coming to Netflix streaming: the way the show balances love of family and love of community.

My social media were abuzz when it was announced that the entire run of Gilmore Girls will be available for streaming on Netflix beginning Oct. 1.  Fans of the show loved its rapid-fire dialogue and heartwarming relationships; I’ll also confess to enjoying the debates over which boyfriends were the best/worst in the series. (All of Rory’s boyfriends were the worst, while Lane’s were the best, FYI.)

I think there’s another reason Christians can enjoy the series, which ran from 2000 to 2007, and that is for the way it balances the love of family and the love of community. Most television shows emphasize one or the other, with community often taking the form of work or friends. Although Gilmore Girls isn’t the only show that traverses these categories, it does it especially well, and in a way that reminds me of my experience of life in Christian community.

Gilmore Girls is centered on single mother Lorelai Gilmore (Lauren Graham) and her daughter Rory (Alexis Bledel), who live in the small town of Stars Hollow, Conn. While the relationships among the various Gilmores are not always smooth, they are based in love and they seem to always forgive each other, even when somebody really screwed up. And even though people on the show respect the importance of family, love also expands into the community. In a pivotal early moment, Lorelai explains to Rory’s first boyfriend, Dean, that dating Rory will bring the protective scrutiny of the whole town. Her point is underscored by the rest of the action in the episode, with neighbors and townsfolk gossiping and spying on the nascent relationship, trying with unsuccessful subtlety to learn more about Dean, who is new to town.

Gilmore Girls reminds me of my experience of life in Christian community.

Loyalty in the show also extends to family, for sure, but also to others. Much of the drama in the show is based in an external problem, such as a medical situation or a fire, which members of the community pitch in to address. This large circle of affection becomes comical when Rory and Lorelai feel they need to bring back souvenirs from their European backpacking trip for everyone in the town. In the touching finale, it’s the same community dynamic that causes Rory to reenact her college graduation for the town since she only had enough tickets for family.

While I’ve never been in a church quite as enmeshed as small-town Stars Hollow, I have experienced the sincere love of a community in a similar, if less intense way. I appreciate the way Gilmore Girls is able to demonstrate what a loving community acts like. It can be like an extended family or (dare I suggest) a church family. While the characters on the show don’t all share the same faith or belong to the same congregation (one cute motif is the friendship and space-sharing between the Protestant and Jewish clergy in Stars Hollow), they do share self-sacrificing love for each other, in the same way I see in God’s people.

In its best moments, the show portrays that love for what it is: living in a caring community, without collapsing it into romance or disguised self-interest. Of course, people have their quirks and make plenty of mistakes, but just as happens when God’s spirit is working in us, they love each other anyway. 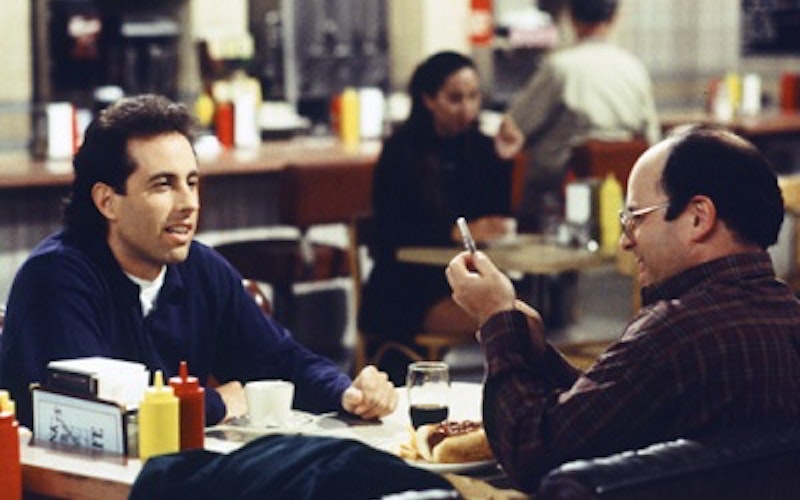