Jesus has never been a stranger to the movies of Joel and Ethan Coen, but in Hail, Caesar! he’s darn near a supporting character.

Jesus has never been a stranger to the movies of Joel and Ethan Coen, but in Hail, Caesar! — their latest and one of their greatest — he’s darn near a supporting character.

Set at a fictional studio in 1950s Hollywood, the movie chronicles the crisis of faith of Catholic studio executive Eddie Mannix (Josh Brolin). Eddie is juggling a number of troubled productions, from an Esther Williams-style swimstravaganza (featuring a tempestuous Scarlett Johansson) to a gleefully homoerotic sailor musical (with a twirling, tap-dancing Channing Tatum). Eddie’s biggest headache, however, is Hail, Caesar! A Tale of the Christ, with Hollywood icon Baird Whitlock (George Clooney) as a Roman soldier who has a life-changing encounter with Jesus.

As you might expect, the Coens mostly have irreverent fun with this religious conceit, including a comically circular consultation session with various religious leaders. (“Does the depiction of Christ Jesus cut the mustard?” Eddie finally demands in exasperation.) Yet as the movie proceeds, Jesus’ presence gains resonance. In the beginning, Jesus is an occasion for flippant profanity — “Jesus Christ on a scooter!” is one early line. Later, during a test screening, we mostly sense his absence, as when a title card reads, “Divine presence to be shot.” By the movie’s finale, Jesus eventually becomes an actual figure to be reckoned with.

Given the Coens’ track record, this nod to Christianity shouldn’t be all that surprising. Although the brothers are at heart Old Testament filmmakers, whose work is primarily defined by sin and punishment (Miller’s Crossing, Fargo, No Country for Old Men, A Serious Man), they have been increasingly flirting with the notion of New Testament grace. Often you find it in their religion-inflected musical selections, which are 75 percent ironic and 25 percent admiring. I’m thinking particularly of the use of folk hymns in the Depression-era musical comedy O Brother Where Art Thou?, as well as True Grit’s repeated use of “Leaning On the Everlasting Arms.” In such instances, the fatalistic doom that pervades even their comedies is momentarily lightened by a hint of hope, a vague notion that something other than cold judgment might be out there.

As you might expect, the Coens mostly have irreverent fun with this religious conceit.

In Hail, Caesar!, Jesus moves from the soundtrack to the foreground, as the movie within the movie becomes the locus for Eddie Mannix’s personal crisis. We learn early on that Eddie has been offered a lucrative executive position with Lockheed, which would allow him to leave behind the low pay, long hours and moral dubiousness of the movie business. Yet there is something about the cinema’s ability to capture truth and beauty — despite its flawed practitioners — that Eddie treasures. “The picture has worth,” Eddie believes, even in the case of a cheesy, self-important and likely doomed project like Hail, Caesar! A Tale of the Christ. (“Squint at the grandeur!” Clooney’s Baird Whitlock is repeatedly directed as he clumsily struggles while looking into the face of God.)

But because this is the Coens, earnest notions such as truth and beauty don’t get center stage for long. There is a climactic sequence in which Baird — again in character as the Roman soldier — gives a stirring speech at the foot of a soundstage Calvary. And in his delivery, he genuinely, movingly captures the essence of the Gospel, to the point that even the lighting guys on the set look up from their equipment in awe. But then, just as Baird is about to nail the scene, he stumbles over the final word.

I won’t tell you what that word is, except to note that it’s also the word for what is missing from even the most New Testament of the Coen brothers’ films. Undercutting Baird’s speech is the only way the Coens can preach. Just when things are about to get real, an ironic curtain drops down. In the context of Hail, Caesar!, this allows the fawning over the magic of cinema to be lightly deflated. In the context of the Coens’ own journey, at least as suggested by their movies, it’s yet another clever tease. 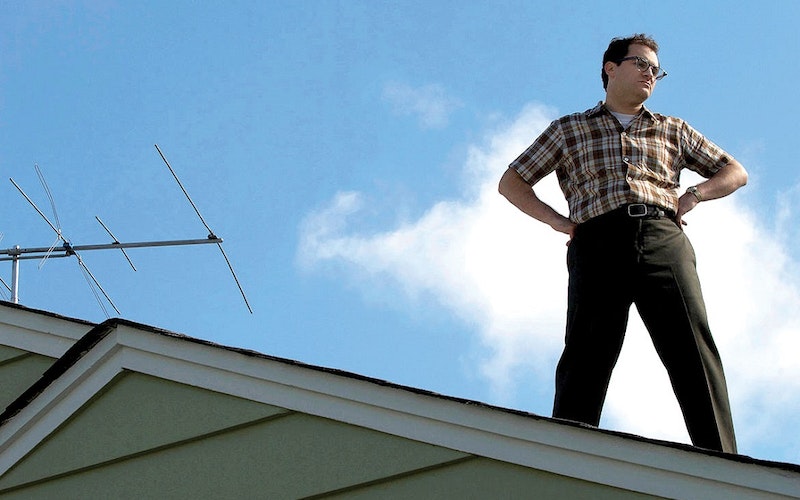 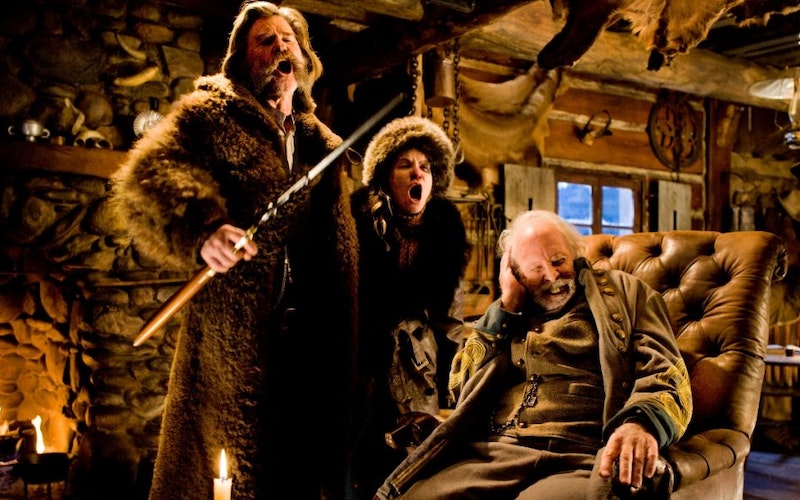