We should embrace the sense of community that's found when two or more Potter fans gather together.

“Those books are witchcraft.” My first memory of Harry Potter dates back to elementary school, where we were called to a special chapel devoted to denouncing the evils of J.K. Rowling’s books. Not only did Harry Potter do wicked spells, we were told, but he also had a certain disregard for the rules and for adults. These were terrible things for children to be reading about. Naturally, my interest was sparked and eventually I was greedily reading the novels by flashlight in my childhood bedroom, covers pulled over my head, not unlike Harry himself while secretly completing summer homework at the Dursley’s.

Harry’s story opened up new worlds for me. I devoured the books faster than Rowling could write them, but my enjoyment was a clandestine one. Since the books were “forbidden” in my small community, the gloriousness of Hogwarts was somehow isolating, limited in its scope because I could not enjoy it with others. But a day came in middle school when I glimpsed a familiar dust jacket in the hands of a classmate and discovered a core group of friends (Potterheads) who knew about Hogwarts, too. The resulting friendships would eventually transcend the traditional boundaries of fandoms in depth and scope. Yet it was not until a family trip to The Wizarding World of Harry Potter in Orlando, Fla., that I fully understood the significance of the Harry Potter community and the instant, almost magnetic camaraderie that is possible there, even with complete strangers.

Upon entering the park, that first glimpse of Hogsmeade is simply unparalleled. Snow-covered roofs sag precariously, their eaves leaning over the crowds of summer tourists like hands warming themselves over a fire. The shiny, red Hogwarts Express steams right under an archway. Just beyond lies the most fantastic sight of all: Hogwarts itself, a grand, medieval castle that looms over the grounds. Music from John Williams’ score wraps itself around you as you walk through the park. If it weren’t for the other tourists dressed in shorts and tank tops, it would be easy to forget that you are in Florida.

Before long, a strange thing happens involving these tourists, something that is vastly different from what I've experienced in other theme parks. They begin to seem like … friends. It starts with a glance from the corner of your eye: a young woman is wearing a scarlet shirt with the Gryffindor lion emblazoned on the front. You share a brief moment of camaraderie because you, too, are sporting that brave house’s apparel. Next, a teen races in front of you to get in line for the Dragon Challenge roller coaster, and as he glances back apologetically, you notice that he has the Deathly Hallows tattooed on the back of his arm. You smile at him warmly; after all, you’re wearing Deathly Hallows earrings. While standing in line for the Flight of the Hippogriff, a family-friendly roller coaster, you strike up a conversation with a set of parents and their two children. The parents have just corrected their daughter because she called Buckbeak a “bird,” and you are lucky enough to be a part of her wizarding education. Later, at dinner in The Leaky Cauldron, a costumed employee (who you suspect is actually a wizard) sneaks you an extra cauldron cake simply because you look like you could use one. When you step back outside you smile at a child, his eyes lit up as if with the lumos spell while practicing a spell of his own with his newly acquired wand. His brow is furrowed with focus as he attempts to get some pixies in a cage to move and sing.

After collecting a number of these strangely familiar, serene moments with those who are both like you and unlike you, it’s difficult to ignore the swelling feeling of community. It’s almost as if you and these complete strangers aren’t strangers after all. C.S. Lewis describes this phenomenon best in The Four Loves: “Friendship arises out of mere companionship when two or more of the companions discover that they have in common some insight or interest or even taste which the others do not share and which, till that moment, each believed to be his own unique treasure (or burden). The typical expression of opening friendship would be something like, ‘What? You, too? I thought I was the only one.’” This is exactly what happens at The Wizarding World of Harry Potter: weary, shuffling tourists suddenly find a moment of respite from the hot sun and the long lines in the eyes of strangers. How beautiful it is to see the familiar in the face of someone whose background, whose culture, whose language may be different than yours. It’s nothing less than a glimpse of heaven on earth.

As Christians, we should embrace and expand upon the community found when two or more Harry Potter fans are gathered together. This companionship and camaraderie is a reflection of our own gatherings as believers, as well as a partial picture of the joy of loving our neighbor. It’s also an echo of J.R.R. Tolkien, who was quoted in one biography as saying, “We have come from God, and inevitably the myths woven by us, though they contain error, will also reflect a splintered fragment of the true light, the eternal truth that is with God.” At Hogwarts, I saw the splintered light of mutuality and harmony in brown eyes, blue eyes, and eyes as green as Harry Potter’s. 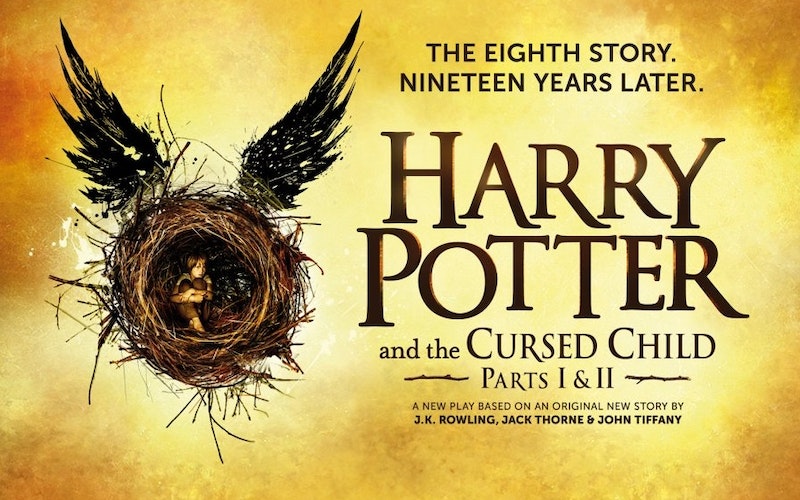 The Individualist Leanings of Harry Potter and the Cursed Child

Why Draco Malfoy is at the Heart of 'Harry Potter'