A eulogy for the Frightened Rabbit singer, and a call to be there for the unbelievers.

The music industry teems with people trying to sound like somebody else. Tastemakers squeeze proteges through chart-topping cookie cutters. American punks try to sound British; British singers shape their vowels to sound more American. Scott Hutchison always sounded distinctly himself—he couldn’t help it. The Frightened Rabbit singer let every bit of his rough-hewn Scottish timbre bleed into lyrics offering no quarter to his imperfections, exploring every chink in an armor dented by mental illness, heartbreak, isolation, and doubt.

Hutchison’s voice hasn’t left my head for more than a few minutes at a time since May 11, when he died in an apparent suicide at 36, just days after setting off alarms with a pair of cryptic tweets and a subsequent disappearance. Bounded too soon, the Hutchison canon—his projects also included the solo joint Owl John and Mastersystem, a recent “supergroup” featuring members of Editors and Frightened Rabbit—will ring loud and long.

My favorite Hutchison cut might seem unlikely, given my firm foundation within the Church. Nevertheless, “Holy,” from Frightened Rabbit’s 2013 album Pedestrian Verse, solidified my devotion to the band. As always, Hutchison couldn’t veil the emotion in his voice—this time, indignation—as he lined out a litany of grievances with Christians. He rails against holier-than-thou types who clutch “a crisp New Testament, breathing fire, fire” and offer him “fake benevolence” with a painted-on smile.

“I don’t mind being lonely,” he offers in the chorus. “So leave me alone. Oh you’re acting all holy. Me, I’m just full of holes.” These confessions—hot enough to singe the wood of any confessional—hit me with unexpected force. For the first time of many, Hutchison moved me to the edge of tears, a place I’ve camped out in these early days without him.

Facing unbelievers, Christians can too easily assume the nature of their objections. We create characters who hold purely intellectual criticisms, or whose opposition merely masks an unchecked desire to sin. These types are easy to argue against, compartmentalize, or flat-out ignore. We never have to deal with real people’s real problems.

If we actually heard these souls out, we’d find that many live in the middle of messier stories, stories which might damn us. Wounded by the church, told time and again they are too broken to be saved, they begin to believe it. They act alien because they feel alienated.

Facing unbelievers, Christians can too easily assume the nature of their objections.

“Well, I could dip my head in the river, cleanse my soul,” Hutchison sings in the song’s most powerful stanza. “I’ll still have the stomach of a sinner, face like an unholy ghost.”

Rather than let these words repel me, they unlocked kinship. Frightened Rabbit owed its name to Hutchison’s mother, who called her son what she witnessed in him. The cowardice, anxiety, shyness, and self-doubt Hutchison expressed was mine. I get it—I’m a small, skittish creature too.

Somehow I managed to hold onto faith while experiencing the same hang-ups manifest in “Holy.” Growing up the son of a preacher man, I’ve seen church people at their best and worst. Hutchison’s characterizations might be incomplete, but they aren’t inaccurate. I knew more than he knew.

The gospel sounds like offense and folly in the ears of unbelievers. There’s no way around it. Too often, though, songs like “Holy” come about because Christians behave in offensive, foolish ways. Let the message be the stumbling block, but God forbid our arrogance or lack of empathy be the nail in the coffin of someone else’s faith.

What a pleasure to hear Scott Hutchison out all these years. I only wish an artist so willing to bare his soul would have bared it one more time, to one more soul. In “Center Aisle,” an early Caedmon’s Call song, Derek Webb tries to reconcile his thoughts at the funeral of a friend who died by his own hand: “What crimes have you committed, demanding such penance / They couldn’t wait for five more minutes and a cry for help?”

Haunted by the idea I’ll never hear out Hutchison again, not in the same way, I can at least give him this: a pledge to hear out others who struggle with unbelief and depression, to give them five more minutes. I think Hutchison would have recognized that as a holy act. 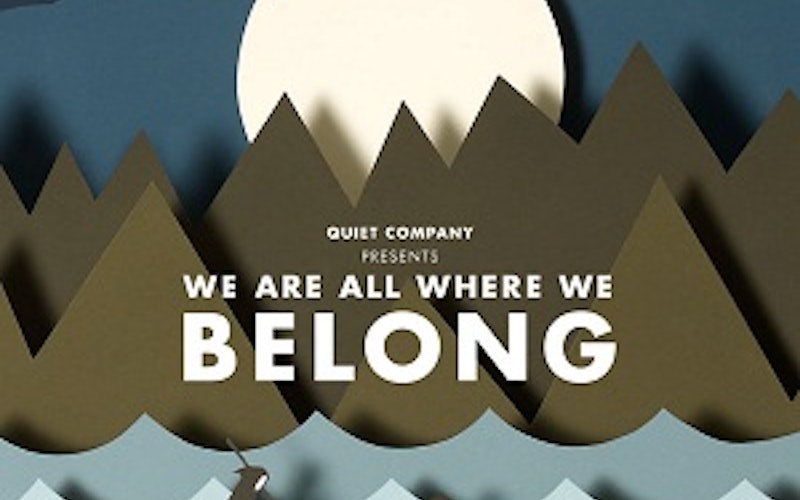