There are a lot of creatures in Oz the Great and Powerful, the new prequel to 1939’s The Wizard of Oz. Flying baboons, wicked witches and a living porcelain doll are just a few of the fantastical figures brought to life. One you never actually see – but metaphorically lurks in the background - is the subject of Francis Thompson’s 1893 poem, “Hound of Heaven.”

A 182-line poem that influenced the likes of Eugene O'Neill, J.R.R. Tolkien and G.K. Chesterton, “Hound of Heaven” recounts one soul’s determined efforts to live a life apart from God, and God’s relentless pursuit of relationship anyway.

The poem came to mind while watching Oz the Great and Powerful, which takes place circa 1900 Kansas, within a few years of the publication of Thompson’s most famous work. In a way, this is the story of God’s goodness being thrust upon the title character, despite his best efforts to resist it.

Oz (James Franco) is a magician in a traveling circus, a man whose trickery onstage bleeds into his dishonest personal life. When a tornado transports him to the land of Oz (one of the more engaging special-effects set pieces in a movie whose effects are very hit and miss), a whole new world of deceptive possibilities opens up to him. A young woman named Theodora (Mila Kunis) mistakes his sleight of hand for the real thing and brings him to the Emerald City, where he is celebrated as the long-awaited wizard who will save the residents from an evil witch.

Even as Oz encourages this misperception – both treasure and the adoration of a beautiful woman come with the gig, after all - opportunities for altruism continue to dog him. Early on he meets China Girl, a doll whose legs have been broken during an attack on her village. Using “magic in a bottle” (glue), Oz repairs her legs, and the moment is absolutely bewitching. It’s the first time, really, that Oz realizes there may be other, better motivations for pursuing his quest beyond wealth and glory. Perhaps, just perhaps, it’s an act of service.

Still, out of fear of losing his lofty status Oz continues in deceit and denies a better path, just as the prodigal in Thompson’s poem does:

For, though I knew His love Who followed,
Yet was I sore adread
Lest, having Him, I must have naught beside.

How does Oz know this love? There’s a wonderful moment - almost a throwaway touch - in which he and the good witch Glinda (Michelle Williams) are floating in bubbles high above Oz. As they approach a town that has erected a dome around it as protection against the wicked witch, Oz fears his bubble will pop against the dome, sending him to his death. Glinda assures him that “all good-hearted souls pass through,” which only worries him more. Yet pass he does, after a bit of struggle, revealing that there is good in him after all.

This is one way the hound of heaven pursues. As with Hagar in Genesis 16:13, it took intervention from without for Oz to shed the unworthiness he felt. “You are the God who sees me,” Hagar witnessed. “I have now seen the One who sees me.” Thompson, writing in the voice of the Hound, put it this way:

Alack, thou knowest not
How little worthy of any love thou art!
Whom wilt thou find to love ignoble thee,
Save Me, save only Me?

Josh Larsen is editor of Think Christian. He also writes about movies at LarsenOnFilm and is the co-host of Filmspotting. Connect with him on Facebook and Twitter./ Photo courtesy of Walt Disney Pictures, with illustration by Jerod Clark. 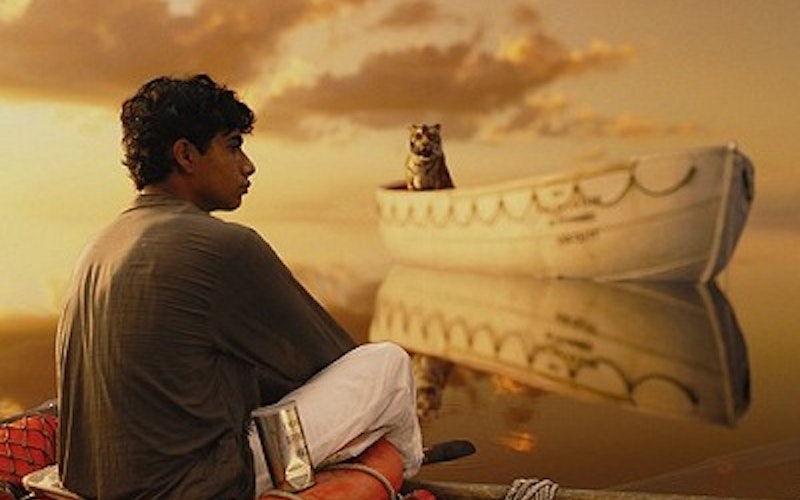 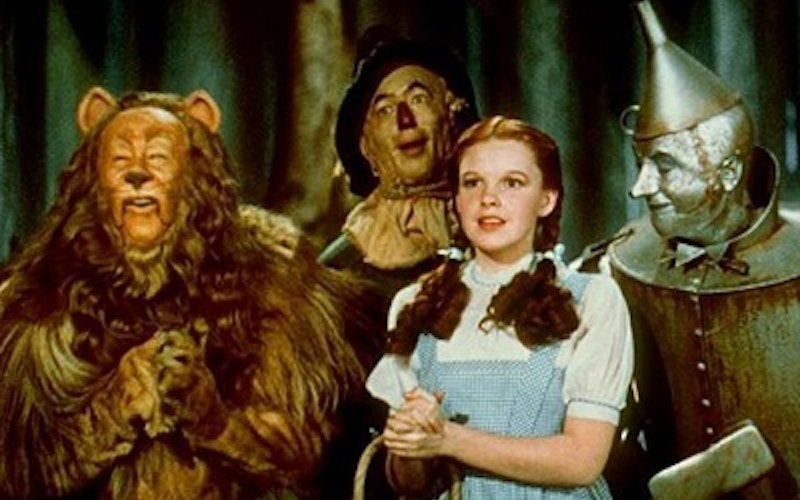 The Wizard of Oz and yellow brick roads