I don’t think it’s too much of a stretch to describe original sin as an original selfie.

I went a little selfie crazy while on vacation a few weeks ago.

Keep in mind, for a selfie-averse adult like myself, going “crazy” meant taking maybe a total of 15 pictures of my wife and I together while celebrating our 20th wedding anniversary in Paris. But that’s about 13 more selfies than I’ve taken in the five previous years. I’ve always had reservations about the practice, largely out of a dislike of having my photo taken and partly out of uneasiness over the digital narcissism selfies represent. I got over both on this trip (it helps that my wife takes far better pictures than I do) and before I knew it I was selfie-snapping away.

I could rationalize this. A 20th anniversary is a special occasion. There were only two of us on the trip, so posing together while another family member took our picture (which for some reason we rarely associate with narcissism) wasn’t really an option. And at least we weren’t as bad as those other tourists walking around with selfie sticks, obscuring views of everything from the Eiffel Tower to the Venus de Milo, their poles protruding upward in every direction as if they were trying to use metal detectors to find airborne buried treasure.

Still, such rationalization and self-justification is exactly the sort of thinking that’s brilliantly skewered in a recent McSweeney’s piece called “The Original Selfie.” In it, Jay Martel reimagines the Genesis story so that humankind’s downfall comes not from a bite of an apple, but from the click of a camera phone. The whole thing is worth a read, but here’s an excerpt:

“It is true that we can now take pictures of each other,” said the man. “But how do we take a picture that shows the two of us together as well as the wild animals and birds?”

“Why does it matter?” said the Lord God. “You are together. In the Garden of Eden. Which is literally paradise. Is that not enough?”

“It is great, God,” said Eve. “We really love it here. It would just be better if we could show it all in one picture, you know?”

“Look,” said the Lord God, “I have tried to be understanding. But enough is enough. Don’t bother me about the pictures anymore.” And He left them.

The man and the woman were bereft; it seemed as if they would never be able to take a decent picture of themselves together. But then the serpent, which was more crafty than any of the wild animals the Lord God had made, directed the woman to the tree of knowledge and said, “I bet if you put the smartphone on the end of one of those long, straight branches, you could take any number of great pictures.”

I don’t think it’s too much of a stretch to describe original sin as an original selfie. For C.S. Lewis - who knew nothing of selfie sticks but wrote often of our penchant for self-glorification - pride was “utmost evil.” In Mere Christianity, he linked it directly to the snake in the garden: “It was through pride that the devil became the devil.” And we humans have followed suit, bending each new technology to our selfie will.

If I’m being honest, drawing a line at selfie sticks is less about taking a philosophical stand than it is a pharisaical form of self-justification. Even as I snapped selfies, I told myself that at least I wasn’t like those other folks, whose decision to purchase an extra apparatus surely spoke of a deeper narcissism than mine.

I don’t think it’s too much of a stretch to describe original sin as an original selfie.

Yet like so many questions of Christian ethics, what ultimately matters isn’t always what we do, but why we’re doing it. Can selfies ever serve love, joy, peace, forbearance, kindness, goodness, faithfulness, gentleness and self-control? Watching some middle-school classmates take group selfies after a recent graduation ceremony made me realize that they can evidence the fruit of the Spirit in a communal way. Ellen DeGeneres’ celebrated group selfie at the 2014 Oscars worked in this manner, flattening any sort of Hollywood hierarchy so that Meryl Streep shared the screen with the brother of Lupita Nyong’o.

Twenty years from now, as my wife and I celebrate our 40th wedding anniversary, I think I’ll be glad to have one of our Paris selfies. (Did Adam and Eve celebrate anniversaries?) In fact, our selfie will have more meaning then than it does now, flitting about on Facebook. It will be a celebration of our images, yes (certainly our relative youth), but also a celebration of something larger than ourselves, or even the two of us together. The image will be a memento of promises made and a covenant kept.

Given all that, we probably should have done it justice and used a selfie stick. 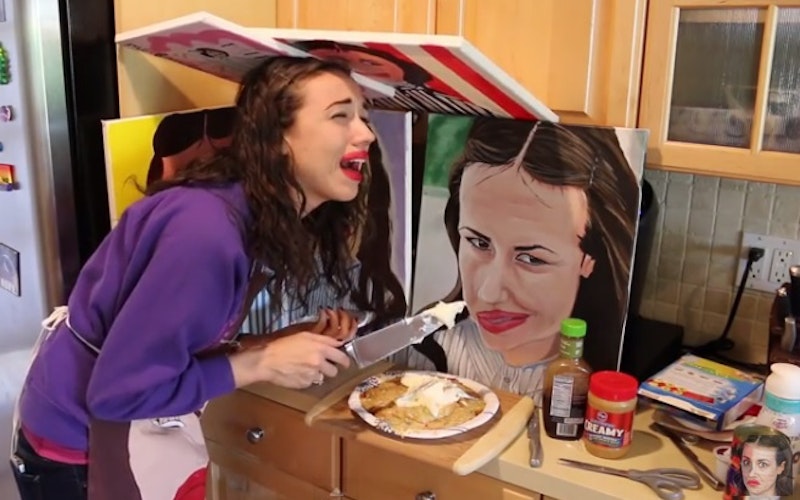 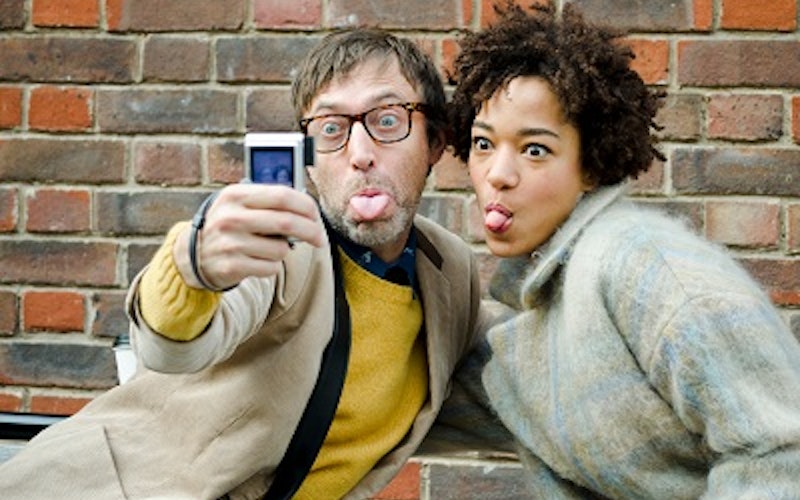