Since being shown at last month’s South by Southwest, the predictable backlash over the new remake of The Evil Dead has calmed. Many horror loyalists have spread word that they need not be afraid - er, well, they want to be afraid - but they need not be ashamed of this remake, which they feel stays true to the gore, shock and grotesque scares of the original.

But before those showings? The horror community met news of the remake with all the hostility and pessimism typically espoused when a favorite film is remade. There’s hand-wringing, tearing of sackcloth and gnashing of teeth. We lament that there’s nothing new under the sun; that creativity is dead. We shout that those who dare remake a classic will tarnish - ruin! - the original.

And if the film to be remade is something we loved as kids, we declare that the filmmakers are destroying our very childhood. Example: io9 recently reported news of a Pete’s Dragon remake with the headline, “Disney will gut Pete’s Dragon and sell its corpse.”

I understand the sentiment. When I read a web rumor that The Brave Little Toaster was being remade, my initial reaction was as if some sacrilege was being committed: Thou shalt not touch my toaster!

That same week, I read this fascinating quote from actor Joel Kinnamen, who stars in the upcoming Robocop remake: “I used to be like ‘Why are we doing a remake? What are remakes being done for?’ But then, we do that all the time in the theater. If we weren't doing remakes, nobody would know who Shakespeare was… We retell our favorite stories. That's what we've done since we were sitting around campfires. It's a part of the human spirit. It doesn't have to be negative to creativity. It can be completely opposite. That's how you can break new ground by rethinking something that's already been done."

We love retelling and rehearing these stories - to both share them and to make them come alive as we process them.

My favorite line: “We retell our favorite stories.” It’s simple, but this is the side of the equation we often forget. In a consumer-first culture, we lift high the consumer, the audience. We define movies by our feelings for them. We make them about us and our history with them or a marker of our childhood. It’s our story, we say; when someone tampers with it, they tamper with us. But the telling of a story - or the retelling - is about the teller. And we love to retell. Why?

When I was 13, I wrote a novel. Reading my opus years later, I realized I’d almost chapter-for-chapter retold The Hitchhiker’s Guide to the Galaxy. I did so because it helped me process the ideas. I did so because I loved this story so much that I wanted to share it. These, I think, are the two major reasons we retell our favorite stories.

This subject unquestionably has to lead to the stories that are retold the most: Those contained in the Bible. After all, around 13 million people a week recently finished watching a remake of these stories as part of History’s The Bible. We love retelling and rehearing these stories - to both share them and to make them come alive as we process them.

I’m not going to start singing that hymn about Brave Toasters or Godzilla. However, I am beginning to realize that not only is there a place for film remakes, but that we need to retell stories. It doesn’t mean we can’t think of anything else or that we’re tarnishing the original. It means that these stories matter. It means they stay alive. It means that God uses our desires for certain storylines, themes and archetypes to lead to Him. And every retelling of heroes, villains and rescues is an opportunity for Him to draw us closer. 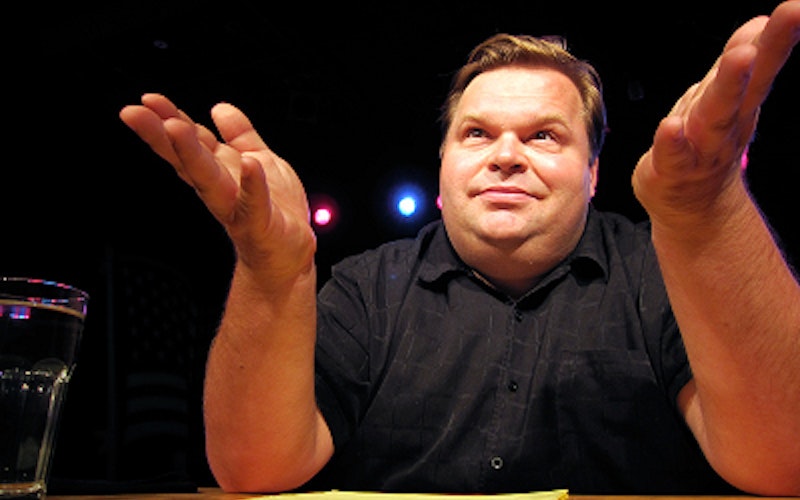 Mike Daisey, This American Life and the truest story ever told